The movie is releasing in 50+ countries and in 700+ screens which makes it the widest simultaneous world release for an Indian film. Here're other reasons why the movie could enter the big league.

Last week, we carried a special feature on some of the records Shah Rukh Khan intends on breaking with his forthcoming release

. In a follow up to the same, we take a look at some of the things the makers of the film are doing to ensure that the SRK - Deepika Padukone starrer verifies its claim to the top slot when it comes to record breaking films.

1. Garnering one of the widest release overseas / International markets

Starting off, what ensures a film's success is not only the lead actors, the script or the story, but even the release, and the market share captured by it. It's been reported umpteen times by now that the makers, UTV Motion Pictures and Red Chillies, are releasing

in more theaters than any other Bollywood movie in the history of Indian cinemas overseas. In fact, the movie is releasing in 50+ countries and in 700+ screens which makes it the widest simultaneous world release for an Indian film. Apart from this, the film will also be releasing in Morocco, Germany, Switzerland, Austria, France, Peru and Israel and that too on the same day and date.

Besides having the biggest worldwide release, the smart minds at the production houses are capitalizing on the festive weekend of Eid, which happens to be one of the biggest festivals in many Muslim countries like Gulf, Indonesia, Malaysia, and Singapore. Now consider this, with the fact that in such territories almost no films releases during Ramzan, and the queue of release post the culmination of the holy month, coupled with the massive number of screens and not forgetting Khan's massive fan base, the film is a sure shot winner. 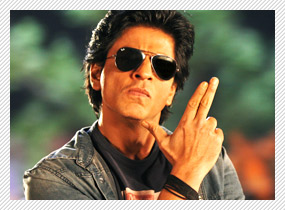 across cinemas worldwide. In many countries, Eid - school mid-term holidays have made next weekend one of the busiest in terms of number of English and international language releases. In such a week, the number of screens, locations and shows we've secured for this movie gives it the right footprint."

The hot news that is just in is that

will be seeing one of the biggest releases ever for an Indian film as it will be dubbed in not one or two but ten different languages - English, French, Spanish, Arabic, German, Hebrew, Dutch, Turkish and Malay. Besides, the film will be subtitled in other languages as well. Apart from dubbing the film in these languages, even the promotional materials (posters etc.) have been localized.

is a commercial entertainer and has an obvious and enormous demand overseas with the Deepika Padukone and Shah Rukh Khan's fanbase. We are happy to provide Indian movie lovers an opportunity to enjoy the movie in the language known to them and are excited to release

Coming back to the Indian market, last week there were reports that said that multiplexes across the country would be hiking the ticket rates for the film. Interestingly, the intended rate hike would imply audience shelling out an extra 40% on weekdays and 20% on weekends for the film. With this rate hike opening day figures are sure to jump, thus giving a much needed boost to overall collections. 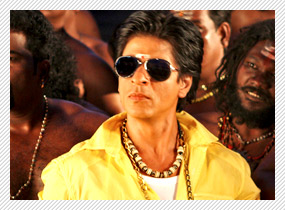 As for the skeptics who feel that this same hike might result in low turnout at screens, though there may be a certain amount of truth to it, consider the fact that SRK has an equally big, if not bigger, fanbase in India as that of the other two Khans - Aamir and Salman. Also, it is to be noted that the Eid release date has till now been dominated by his rival Salman Khan.

Another factor that will definitely give

the edge is the massive screen capturing that recently created a furor in Mumbai.

will be released in 3500 screens across the country, as compared to

which had just 3320 screens across India and yet managed to garner Rs 32.93 crore on Opening Day. Looking at this,

is well on its way to breaking this record, coupled with the increased ticket rate and the number of screens. 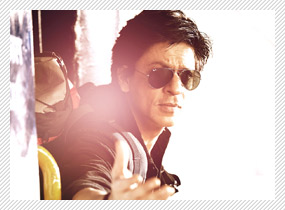 Though we should have started off with this massive point, we decided to consider it further down the list, knowing that it's a given when evaluating any film.

boasts of not one but three major names that include Shah Rukh Khan, Deepika Padukone and of course director Rohit Shetty. With the three combined fan bases, the film is certain to see an unprecedented turn out of followers flocking screens.

7. Dismal releases in the run up to Eid

Last but not the least, a film's success also depends on the number of other films releasing with it, before it and after it. In case of

, the two weeks before the film's release have witness rather dismal performances from films like

etc. to name a few. The only strong competition

might face is that from the Farhan Akhtar starrer

that has been going great guns for the past three weeks.

On the other hand, being a solo release (not leaving any choice for the audience) with a week before the next film (which again is a giant

Once Upon Ay Time In Mumbaai Dobaara

will if not break then come close to breaking many records.

From the above mentioned factors, we at

the all time record breaking film. If you know any other factor that could also work in the film's favour, that we might have missed, post it in the comments section below.