Among the notable projects allocated funds in the budget are the rejuvenation of Najafgarh drain; providing 100% sewage network in unauthorised colonies by the end of the year; and providing 24x7 clean drinking water to all within three years.

The Delhi government on Saturday doubled its allocation to the water sector from 5% to over 10% of the ₹75,800 crore budget, giving a push to the Aam Aadmi Party’s promises of cleaning up the Yamuna river and providing 24x7 water supply to all residents.

The government alloted ₹7,610 crore to the sector in the financial year starting April, up from last year’s allocation of ₹3,274 crore.

Among the notable projects allocated funds in the budget are the rejuvenation and development of Najafgarh drain, the biggest drain in Delhi; providing 100% sewage network in unauthorised colonies by the end of the year; and providing 24x7 clean drinking water to all residents within three years. 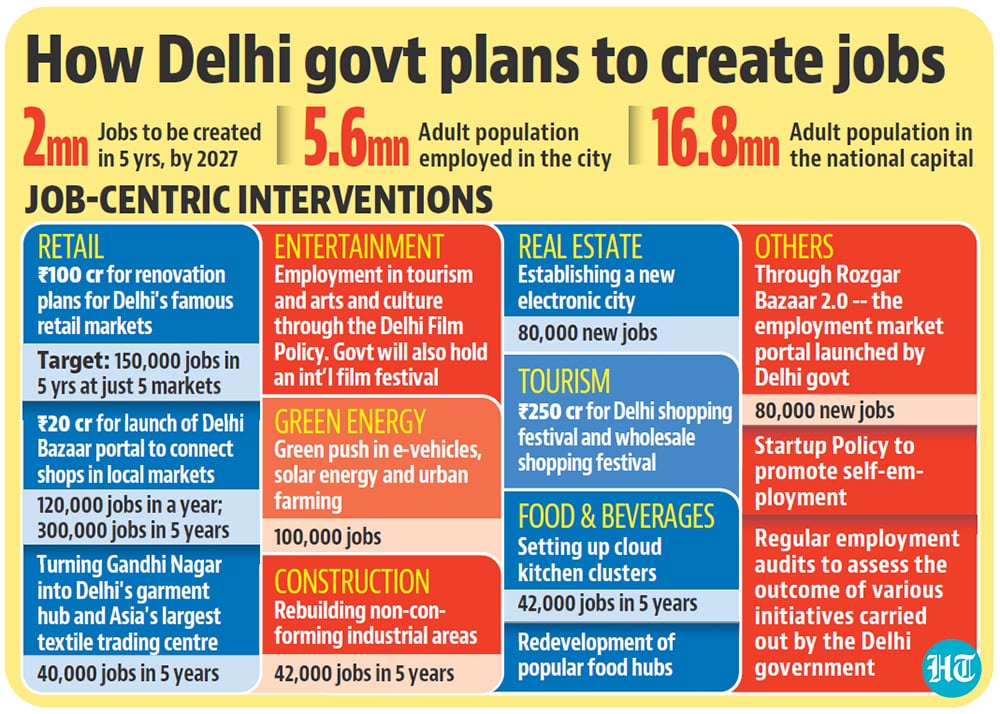 Providing 24x7 clean drinking water in the next three years was the government’s dream, Sisodia said, adding that water availability has already witnessed a 10% increase.

“Earlier, 915 MGD of water was available daily in Delhi, which has now increased to 985 MGD. Better management of water coming to Delhi from outside, and better harvesting of rainwater will ensure 24 hours water supply in the coming three years,” he said.

Around 650,000 consumers in Delhi were now availing 29 kilolitres daily under the flagship free water scheme launched in 2015, according to budget documents.

Delhi is not receiving any additional water from neighbouring states, a Delhi Jal Board said on condition of anonymity. He attributed the improved water production to the increase in the number of water extraction points in areas with high groundwater level, innovative techniques deployed to increase the water treatment capacities at treatment plants and water savings due to repair of leakages in the pipe network.

“New sand filters have been introduced in water treatment plants, which have led to increased capacity. The groundwater extraction has also increased and we have set a target of increasing water production to 1,000 MGD in the coming summer months,” the official said.

The Najafgarh drain will be rejuvenated and developed as a tourist project, Sisodia said, allotting ₹705 crore for the project to restore it to the level of Sahibi river, the historical name associated with the water body. The work has already started on preparing a detailed plan for the project, he said.

“Najafgarh drain is now identified as a drain due to the dirty water in it. It will be developed as a tourist destination by cleaning it and beautifying the roads on both sides. Delhi’s Sahibi river will be brought back in its form,” the finance minister said.

The 57km Najafgarh drain crosses into Delhi from Haryana through the Dhansa border before entering the Yamuna river.

The project will cost over ₹2,000 crore. The overall project, consisting of two phases — treatment of water and beautification of the stretch — may be worth more than ₹2,000 crore, the DJB official said. The allocation of ₹705 crore was just for 2022-23, he said.

All unauthorised colonies of Delhi will be connected with the sewer network by the end of this year and all the drains emptying into the Yamuna will be intercepted and treated, Sisodia said in his budget speech.

The government has claimed that Yamuna will be “completely cleaned” in the next two years. “It is the resolution of the Delhi government that not even a drop of dirty water should fall in Yamuna from the people of Delhi,” Sisodia said.

The outcome budget released by the government on Friday showed 30% of the 748 MGD sewage generated in the city drains untreated into the Yamuna. Out of 1,799 unauthorised colonies in Delhi, only 685 were connected to the sewerage network till December 2021.

Manoj Misra, convener of Yamuna Jiye Abhiyan, an advocacy group, welcomed the government’s interest in the clean-up, but said the interventions should be designed keeping the ecology of the drain in mind.

“Drains are the extended arms of the river. A word of caution would be to let it not become an engineering challenge but keep the ecology in focus,” Misra said.