Smiling brightly while holding her beloved rescued cat Dosa, Kalki Koechlin stars in a brand-new ad for People for the Ethical Treatment of Animals (PETA) India. The ad reads, "Adopt, Don't Buy", and goes on to say, "Even the Little Tigers Need You", a reference to conservation groups' efforts to save tigers.

Kalki wants her legions of admiring fans to know that every time someone buys a cat or a dog from a breeder or a pet shop, a wonderful animal living on the streets or languishing in an animal shelter loses a chance at finding a loving home. The ad was shot by ace photographer Himanshu Seth. Kalki's make-up was done by Berzin Irani. 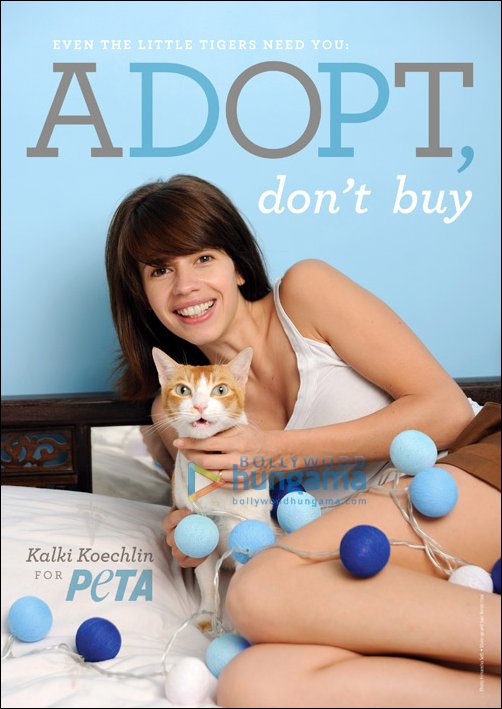 "Dosa is a super cat - he's cuddly, affectionate and good-looking", says Kalki. "With so many homeless animals suffering on the streets or waiting to be adopted in animal shelters, breeders only add to the problem by bringing yet more cats and dogs into the world. I am so happy that I adopted Dosa."
top news