How do people in developing countries spend their money?

How do people in developing countries spend their money?

Two-thirds of the money spent by Indian households go to roti, kapda aur makaan (food and beverages, clothing and footwear, and housing) alone. What about households in other developing countries? This chart shows how poor and rich households from 92 countries spend their money across 12 consumption sectors. Dots in the chart represent countries.

Show me how households from spend their money. Or check how the following compare
BRICS nations
India's neighbours
Three random countries

These figures come from the Global Consumption Database of the World Bank, the most comprehensive data source on consumer spending patterns in developing countries. The database provides a starting point to understanding consumer spending in emerging markets. In developing countries the world over, the poor are forced to shell out most of their expenditure on essentials.

The dataset is based on nationally representative household surveys, covering 92 countries and spending across 12 sectors. It can be broken down into four consumption segments based on global income distribution data: the ‘lowest’ group constitutes the bottom half, ‘low’ refers to those in the 51st to 75th percentile, ‘middle’ to 76th-90th percentile, and ‘higher’ shows the top 10 percent.

Percentage spent on food, clothing, shelter vs. other items, by income category

The share of spending on food and beverages decreases as you rise in the income segment, while that of transport increases the most. In India, the poor spend predominantly on food—as the poor do across the world—while the rich tend to invest more in housing.

Entrepreneurs are increasingly looking to find customers in developing countries, where 4.5 billion low-income people — “Bottom of the Pyramid” (BoP) — collectively spend more than $5 trillion a year.

Which sectors get the most money? Food and beverages, followed by housing, and information and communication technology (ICT). At $2.3 trillion, food and beverages account for nearly half of all BoP spending. Housing, which covers rental payments, home maintenance and repair, major home appliances, and tools forms around 10% of BoP spending, data suggests. 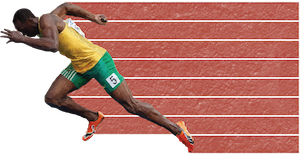