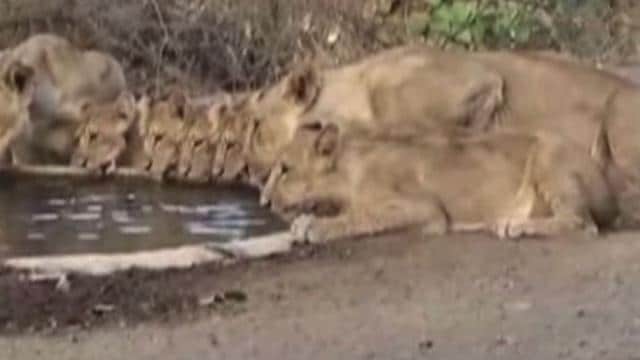 A group of Asiatic lions, including cubs were seen at a watering hole in Gujarat's Gir National Park. With the region staring at water scarcity in the coming months, concerns are being expressed over the well being of the prized animal, lion. Gir, which receives around 1800 mm of rainfall annually, only got about 600 mm last year. The Asiatic lion also known as the Indian lion is a lion subspecies that exists as a single population in Gujarat.

Covid-19: How many health workers have been vaccinated in India? Centre informs

'Cricket is a small thing, life of our soldiers more important': Gautam Gambhir

‘BJP & Congress is scared of 16 lakh people who…’: Kejriwal on AAP win in Surat

‘A govt can never dare to make laws that will harm farmers’: Tomar