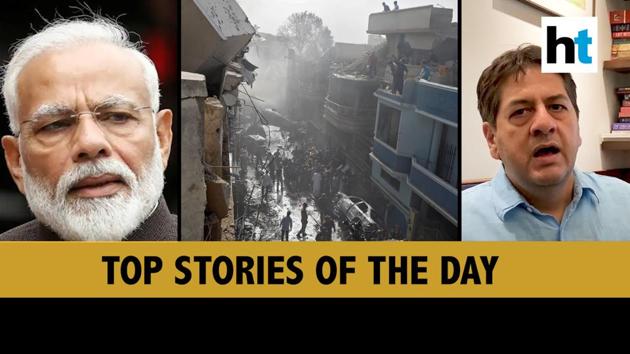 Tragedy struck Pakistan as a PIA flight carrying upto 90 passengers crashed near the airport in Karachi. Meanwhile, more trouble piled on India as the country faced a second challenge unleashed by the deadly Cyclone Amphan. Prime Minister took an aerial survey of the affected areas in West Bengal and announced a ₹1,000 cr relief package for those affected by the cyclone. Meanwhile, furthering the government's efforts to revive the economy, RBI Governor announced a cut in the repo rate by 40 basis points to 4%. RBI Governor, Shaktikanta Das said that India's GDP growth is estimated to be in the negative in FY21.

Who can donate plasma to Covid patients & when? Doctor clears confusion