Wakeboarders Beneath the Streets 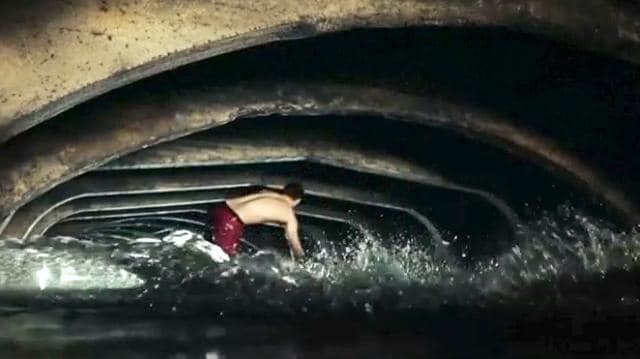 Wakeboarders used a Victorian storm drain in northern England as a water park on June 25-26 as they rode in the forgotten location in the English city of Sheffield. The project, called Beneath Our Streets, was created by video director Edward Birch who wanted to celebrate Sheffield's hidden secrets, he said.Two Sheffield-born wakeboarders, Josh Tomlinson and Brad Beech, were chosen to tackle the low arches and dark waters. Sheffield's Victorian storm drain, or The Megatron as it is known, was built in the mid 19th century to prevent the city from flooding and its location is largely kept confidential to prevent trespassing.