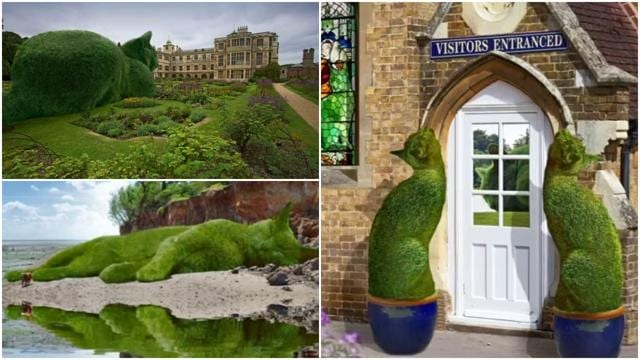 A British artist's depictions of hedges and bushes stylised to look like a cat have gone viral on the Internet.The “Topiary Cat” series, by Richard Saunders, shows a giant, green cat in natural settings. Traditional English gardens are a recurring backdrop for the animal.Saunders made his first Topiary Cat in 2011 but his later works have been shared widely. Saunders said one of those recent images, depicting the feline drinking from a lake, was viewed at least three million times on Facebook.The creations are made from photographs of his beloved Russian Blue cat, Tolly, who died in February. Saunders said each new work can take up to three days to complete using Adobe Photoshop software