What you should know about the Meo Muslims of Mewat

Shaheed Minar, Rupraka village, Palwal district. The panchayat observes a Shaheedi Diwas every February 9 in remembrance of the 3,000 Meos who faced a British force in 1857. 350 were killed on that day. (Photo by Arun Sharma / Hindustan Times)

ne March morning in 1527, Babur faced a Rajput army of 100,000 men with an army half its size on his fifth and final push to establish a toe-hold in India. One man stood between him and a home run. That man was Hasan Khan Mewati, a Meo ruler who had decided to snub Babur’s co-religionist overtures, and side with Rana Sangha, a Hindu king. The gesture went in vain. Babur won the Battle of Khanwa and the first step towards establishing Mughal rule in India was made. The reason why Meos are now dusting out this 1527 story, their 1857 martyrdoms, their 1931 persecution saga and their 1947 Partition tale out of the trunk, is because public memory is short, selective and fragile.

The gang-rape of two girls in Dhingan Heri village in Nuh, the Meo Muslim bastion, on August 24, 2016 by alleged cow vigilantes, and a crackdown on the livelihood of the community two weeks later, with biryani traders being harassed, has re-opened old wounds. It’s making the Meos (a community with common Hindu and Muslim rituals till about 50 years ago) look at the events as an unfolding of past experiences.

Tahir Hussain belongs to the ‘first family’ among Meo Muslims. An advocate, He is the great-grandson of Chaudhury Yasin Khan. His father, Zakir Hussain is the Nuh MLA and an INLD leader. (Photo by Arun Sharma / Hindustan Times)

Meo Muslims are spread across the once contiguous belt of eastern Rajasthan, Uttar Pradesh and Haryana. If 1857 is to them a feature from the black and white era, what Jai Singh, the Raja of Alwar, did to them in 1931 will always be an Eastman colour production. In 1857, India’s first war of Independence, more than 6,000 Meos sacrificed their lives. But it’s the tussle with the local tyrant that gave the Meos a sense of community, and the community its first bonafide leader – Chaudhury Mohammed Yasin Khan. Meos consider the ‘Alwar movement’ also as part of their freedom struggle, an event in which a local leader rises to take on “a British puppet.”

Jai Singh of Alwar, so say royal watchers, was a snob, which is not a criminal offence. According to a Telegraph (UK) report, he had a London showroom ship him seven Rolls Royces to pick up the municipal garbage, after being ignored by its salesman in their London shop. But this is not the story that the Meos or the Mirasis, their oral storytellers, tell. They are not interested in stories about ‘old money’.

“Who is the richest Meo Muslim?” we ask as we move around Meo villages in Haryana.

“That is a very difficult question,” says Aakib Javed Khan, a young Meo, who teaches at the Mewat Engineering College, Nuh. “Meos were not pithoos (pets) like [the rajas of] Alwar or Bharatpur. We were neither with the Mughals nor the British. The latter confiscated Meo lands after 1857. And no government looks that far back to consider their descendants as children of freedom fighters, so poverty has been passed down the generations. But Chaudhury Yasin was the first graduate, that we know,” he says with a grin. And he “fixed” Alwar, didn’t he?

Gagarin Haiye, headmaster of a school in Mewat, holds the photograph of his grandfather Abdul Haiye, an Azad Hind Fauji. A Congressman, Abdul joined the CPI post 1947. (Photo by Arun Sharma / Hindustan Times)

“Mewat’s lands are barren and alkaline. It takes a lot out of a farmer to grow his wheat and mustard. Alwar imposed heavy taxes which the Mewatis protested”, says Siddique Ahmed, the community historian. The Alwar movement turned Chaudhury Yasin into a mass leader. “The king tried to brand it as a Muslim movement against a Hindu state. He failed,” adds Ahmed. Yasin’s involvement in social service brought him in contact with Congress leaders like Nehru and Vinoba Bhave; his peasant base made socialists like K. Ashraf a co-traveller. Yasin hid in the CPI office near Jama Masjid where leader PC Joshi helped arrange the meeting with Gandhi.

The communal slur is a charge Meos cannot brook. They point to the region’s composite and collaborative culture as “proof”. “Cow slaughter,” says Haji Hashim Khan, a community elder of Raisika village, Nuh, “is just an excuse to strain the harmony in the 36 biradiri (clan-based brotherhood) of Mewat.” “We won’t become less Muslim if we don’t eat the meat of a cow but why be forced into it?” says another villager on the condition of anonymity.

In the 36 biradiri, Meo clans are 12. Farmer Sohrab Khan of Raisena village, descendant of Laad Khan – he was part of the team of Meos who killed Clifford, the British assistant collector of Gurgaon in 1857 – walks us to the mosque his ancestor built. He calls Arvind, a cook, who works at the adjoining temple, to make a point.

“I give the mosque a sweep now and then. No problem between Meos and non-Meos here,” says Arvind. Jan Mohammed, a villager at Nuh, also a descendant of a freedom fighter – he was hung from a banyan tree in 1857– however, has a grouse. “The administration should at least give us a Freedom Fighter certificate. How will the next generation know?” he asks, while recounting his family tree. “My father was Rahim Khan who was the son of Simru. Simru was the son of Bakas. Bakas was the son of Khairati.”

Jan Mohammed, a villager at Nuh, is the descendant of Khairati, a freedom fighter of 1857. Khairati was hung from a tree. He wishes the government would acknowledge families of freedom fighters or give their children jobs. (Photo by Arun Sharma / Hindustan Times)

“Khairati was,” he says sullenly. He doesn’t see the point of the interrogation.

“Hanged from a banyan tree?” He isn’t sure. It could be a tamarind tree…

The paucity of records, ‘proof’ and ‘evidence’ among the children of freedom fighters of a distant resistance, is not an unintentional tragedy. It is a joke cracked on them by a post-colonial society. “Why is there no recorded history? If you have a history of being anti-establishment, then your memories are suppressed…had it not been so, history books would have been full of us,” says advocate Tahir Hussain, who belongs to the Meo ‘first family’. “If you go to Bharatpur or Jaipur you will get to know this or that maharaja got this many medals. Medals for doing what? For being in Her Majesty’s Service.”

Does the larger Indian society know of the Meo sacrifice? Meos answer this obliquely. An annual ‘International Boxing Championship’ is held in front of the Shaheed Minar at Palwal. ‘Shaheed Diwas’ function are held every November 19 by the panchayats to which the government sends its reps, says Hussain, the great-grandson of Chaudhury Yasin. His grandfather, Tayyab, a minister in three states, was the answer to a quiz question (“Which Indian politician was a minister in…”) in Kaun Banega Crorepati season two. His father, Zakir Hussain, is MLA, Nuh, and an Indian National Lok Dal leader.

Hussain also explains why ‘outside’ attempts to strain the social fabric will, he hope, come to naught. “A Meo is Meena with Islam. We are brothers with different faiths. In Meo villages, there are Jats, Rajputs, Gujjars, Yadavs, SCs,” he says.

“Meos were not pithoos (pets) like [the rajas of] Alwar or Bharatpur. We were neither with the Mughals nor the British,” says Professor Aakib Khan who teaches in an engineering in Nuh. (Photo by Arun Sharma / Hindustan Times)

Bhani Ram Mangla, chairman, Gau Sewa Ayog, under Haryana’s BJP government, dismisses the idea. “Muslims do 100 per cent hatya (murder) of cows. A cow is a moving hospital. Its breath releases oxygen. Its milk is nectar. Its urine is being researched to produce cancer drugs….”

The community’s “bhaichara (brotherhood)”, Mangla suggests, gets unnecessary play. About the Meo freedom history, he is non-committal. In 1947, Mahatma Gandhi, at the behest of Chaudhury Yasin (then with the Unionist Party) and other Meo leaders such as Abdul Hayi (an Azad Hind Fauji and a Congressman-turned-Communist post 1947), came to Ghasera village. Meos were stopped from going to Pakistan. Fifty percent stayed back relying on Gandhi’s assurances.

“Made a mistake, didn’t he?” responds Mangla.

Couldn’t the Meos, too, reach the same conclusion? The exodus to Pakistan, post Partition, made Mewat a sitting duck for a ‘Meoistan’ aka mini-Pakistan theory because of its sizeable Muslim population. It is a false theory. Meos have not benefitted from it in anyway. Of a total of 90 assembly constituencies in Haryana, there are just four with a Muslim majority, points out Zakir Hussain, the Nuh MLA.

In 1947, too, “certain Congress leaders like Sardar Patel,” says a Meo academic, “had been warned by Hindu Mahasabha leaders of the dangers of having a large Muslim population so close to the national capital.” Shail Mayaram, author of Resisting Regimes: Myth, Memory and the Shaping of a Muslim Identity, and who has studied the community for decades, says post-colonial states “seem to have internalised the historiographical fiction of Meo criminality and communal frenzy”.

The attempt to pigeon-hole the community negatively stems from an unease about their unique religious composition. (It even confounded the British. Professor Hilal Ahmed, Centre for the Study of Developing Societies, points out that in the first census, in 1871, the Meos were listed as Hindus, in the 1901 census, as Muslims.) “Till about 50 years ago, our ploughs would rest on Amavasya,” adds Hussain. “Our Hindu neighbours would do kuan pujan (well-worship). Our women did the same. They just called it ‘haqeeka.’”

“The BJP feels, if they put pressure on Meos, they will convert back. If the cow slaughter bogey does not work, a rape they hope, will force out a Meo reaction,” says Salim, a villager in Palwal. “Meos did not become Muslims by the sword (see box). Our allegiances do not change overnight.”

Emperors or bullies have never impressed the Meos. Decisions to go to war (against Babur), to back (the last Mughal in 1857) or boycott (the British) were made by consulting the panchayat. Circumstantial rebels, Meos fought not to overturn a state, but to keep their distance from one. Meos have always been, in this sense, one of India’s first political romantics. Will the pressure to create fissures in this integrated Muslim society turn the clock back?

Who are the Meos?

Origin: There are conflicting theories. Some say their roots lie in Iran, others say they are Meena tribes who converted to Islam. 20 lakh Meos are mainly spread across Haryana’s Mewat district and adjoining Alwar and Bharatpur in Rajasthan.

Religion: Meos embraced Islam in various phases, during the 15th to the 17th century. In 1926, the Tablighi Jama’at re-socialised this community, which followed both Hindu and Islamic rituals, into the Islamic fold at a time when Arya Samajists had started the ‘suddhi’ and ‘sangathan’ movements.

Syncretism: The Meo phaeta (turban) and non-Meo pagdi are the same. Women do not wear burqa but a light a veil over their heads. They do not marry within same gotra like Hindus. Many families still call children by their Hindu names. Amar Singh, Chand Singh, Sohrab Singh are Meo names to which surnames like Khan have been added to express their Muslim identity 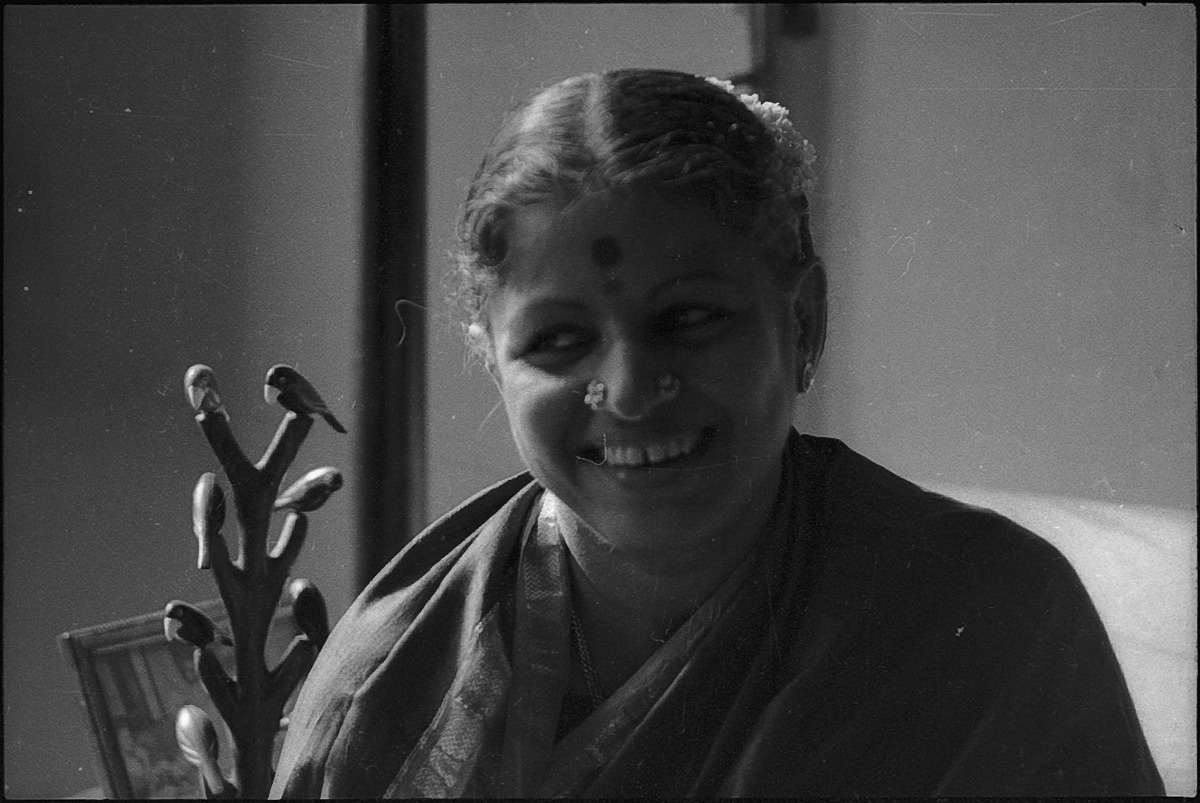 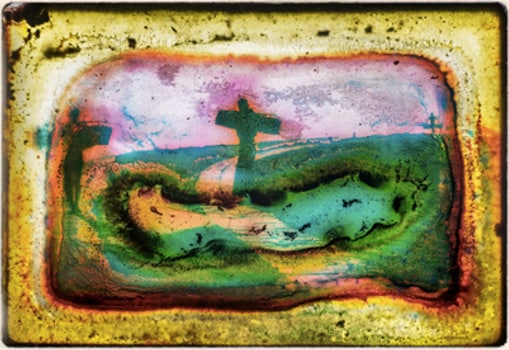