These were the Shah Rukh Khan years. The decades of Dilwale Dulhania Le Jayenge, and also of AR Rahman. In a liberalised India, the NRI film got bigger and bigger.

Khan redefined masculinity for Bollywood, updating the romantic hero. He replaced machismo with mischief and brought sensuality back to the heroic persona. These also started out as the years of Sridevi, arguably India’s first female superstar. She would be dethroned by Madhuri Dixit, in a rivalry that would play out over decades. Meanwhile, India was changing fast. Wealth, for so long a trademark of the villain in Bollywood, became a positive attribute.

The palatial homes that once characterised a villain’s lair now became markers of an aspirational family space. The love stories changed too. Eloping became passé, especially after DDLJ. The hero now tried to win the woman’s family over. Through it all, Shah Rukh, Salman Khan and Aamir Khan dominated, so much so that we tend to forget the 1990s was also a decade of action heroes, with actors such as Sunny Deol, Ajay Devgn and Akshay Kumar flexing biceps and flaunting hairy chests. 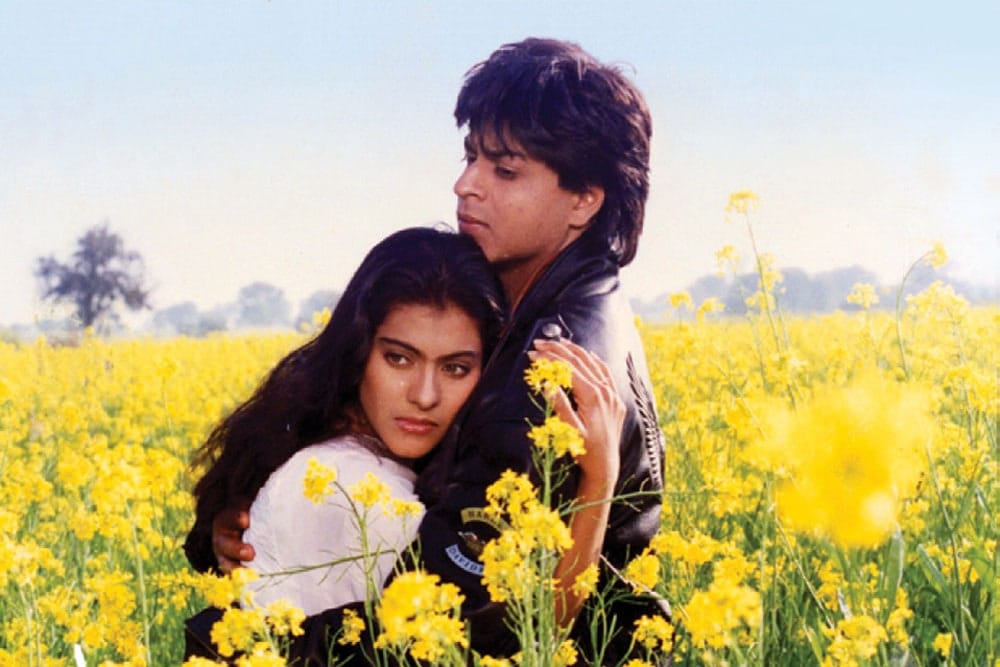 A young Farhan Akhtar sent three youngsters to Goa in Dil Chahta Hai and things changed all over again. Young India claimed the spotlight. The stories and their telling changed. Soon, many of the new stories would begin to be told on entirely new platforms. Watch Neeraj Ghaywan and Aditi Rao Hydari discuss the masterful short Geeli Pucchi. Ghaywan discusses why he likes the short-film format, and what it takes to create a nuanced bad guy (his is the upper-caste woman played by Hydari).

Hydari talks about privilege, and levels of agency.

Right off the block, Shah Rukh didn’t just bend showbiz rules, he broke them. Some of his earliest roles, like that of the brash, rich brat in Deewana (1992), were ones that had been rejected by other actors. His first big hit, Baazigaar (1993), was refused by Anil Kapoor, Salman Khan and Akshay Kumar before it was offered to him. Aamir Khan was the original choice for both Raju Ban Gaya Gentleman (1992) and the obsessive lover in Yash Chopra’s Darr (1993). Aamir, in fact, topped of the list of every director who needed a conventional leading man. 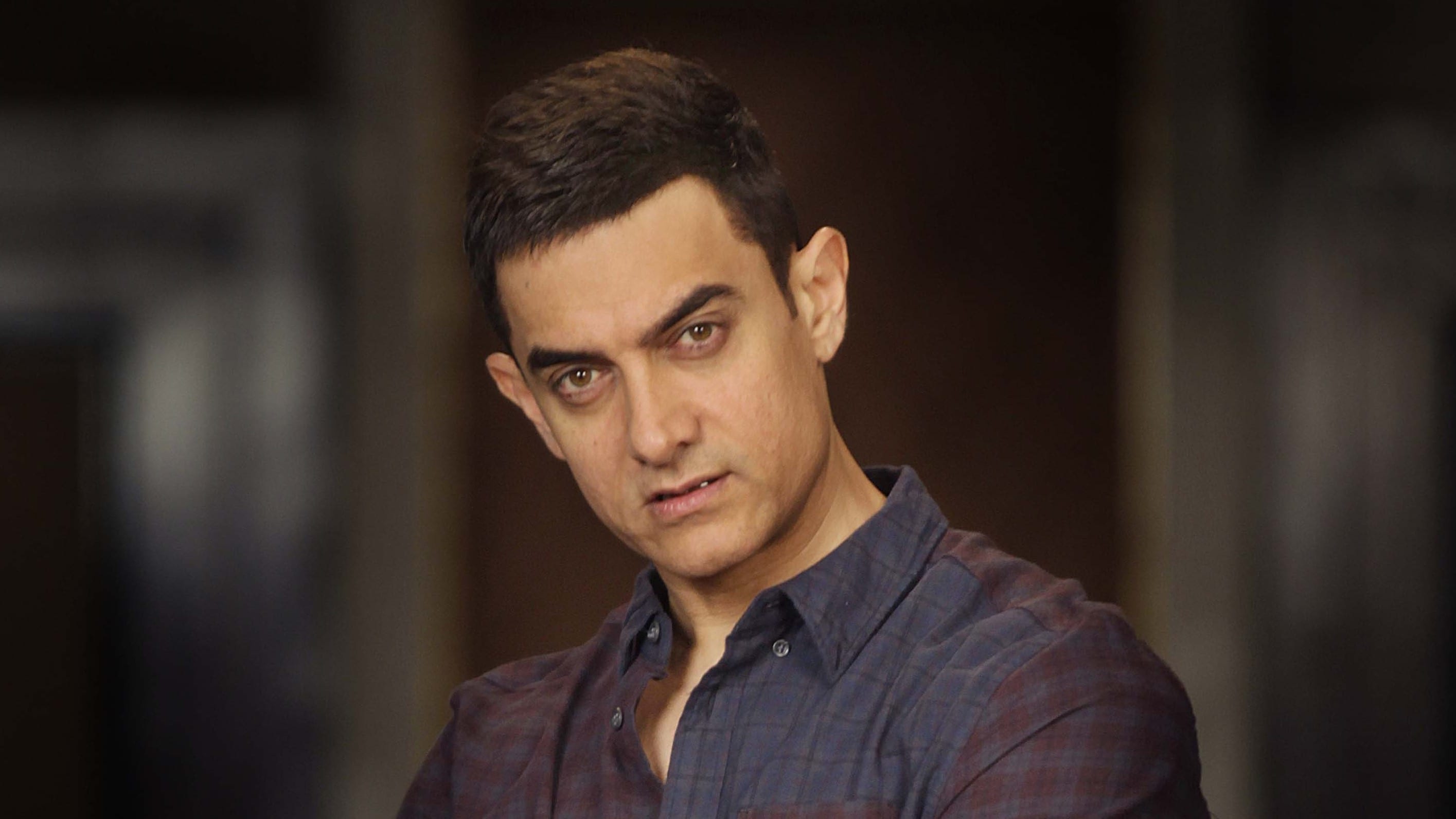 Qayamat Se Qayamat Tak (1988) had made him an overnight teenage heartthrob. There were stories of fans sending him letters in blood. Having grown up in the industry (his uncle was the director-producer Nasir Hussain and QSQT was directed by his cousin Mansoor Khan), Aamir understood the transient nature of the business, and signed nine films in just six months after the release of QSQT. But the two Khans would soon diverge on very different paths. Read more

Boom box The music is on again

There’s a magic to the opening notes of Kehna Hi Kya that makes audiences sit up. Bombay (1995) was AR Rahman’s second Hindi film as music director. He was 28. Like his debut Roja (1992), it had a unique sound. Rahman would go on to produce a string of hits through the 1990s, in films ranging from Rangeela to Taal. In the 2000s, he scaled new heights with Pukar, Lagaan and Swades. He wasn’t alone. After a long lull, these were good years for Bollywood music. 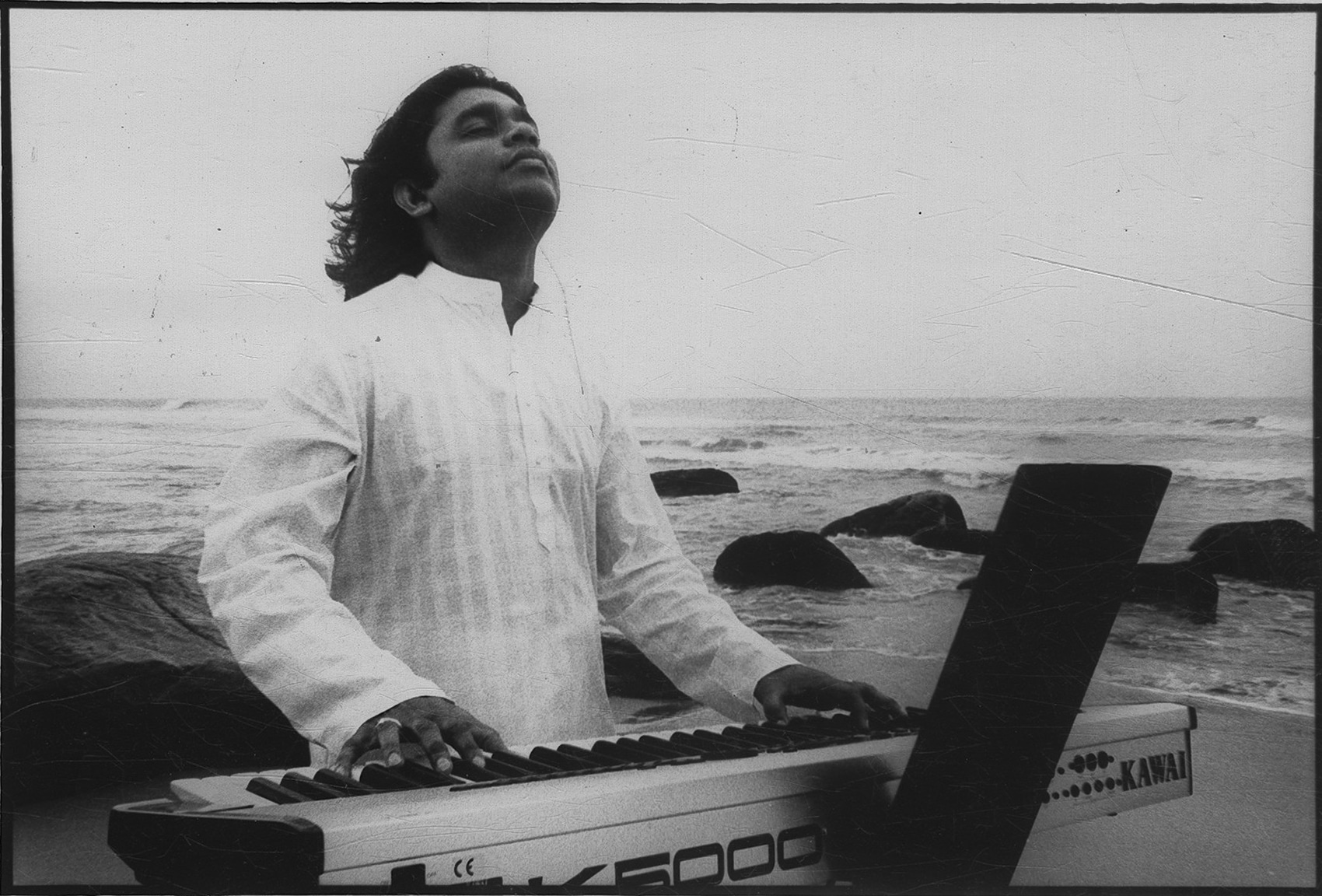 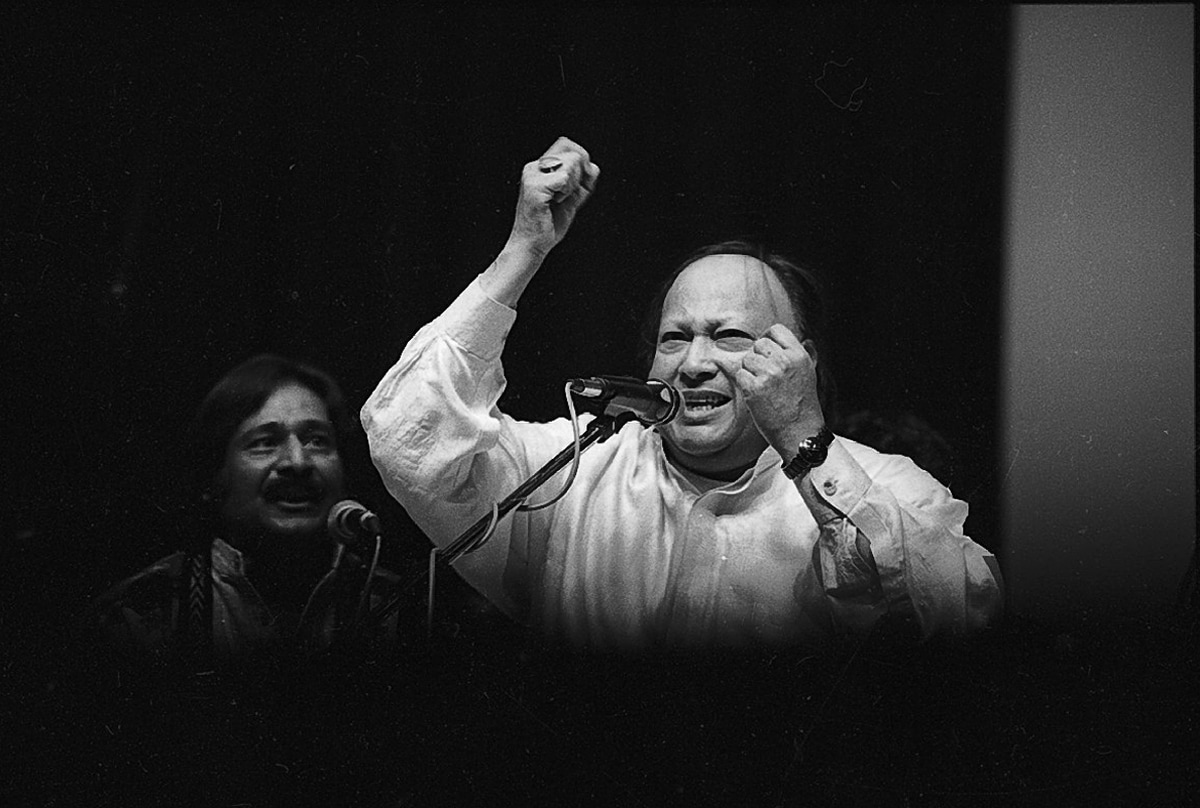 The early 1990s saw the return of melody, thanks to Nadeem-Shravan, Anand-Milind and Jatin-Lalit. Jatin-Lalit composed the soundtracks for two of the decades biggest hits: Dilwale Dulhania Le Jayenge and Kuch Kuch Hota Hai. Around the same time, Anu Malik made a comeback with Yeh Kaali Kaali Ankhen in Baazigar (1993). In 1996, Vishal Bhardwaj composed the music for Maachis, and in 1999, music director Ismail Darbar produced the blockbuster soundtrack for Hum Dil De Chuke Sanam. It was boom time, and the field was crowded. Read more

When Mr India was released in 1987, Sridevi was the superstar people lined up to watch. Hawa Hawaai played everywhere from paan shops to birthday parties, and the actress had dates blocked all the way to the 1990s. Her performances in Chandni (1989) and Chaalbaaz (1989) were early examples of female-driven box-office success. She was in advertisements for everything from soaps to light bulbs. She is still widely regarded as India’s first female superstar. Then, in 1988, a new star was born. Madhuri Dixit became known as the Ek-Do-Teen Girl, after her incredibly popular song in Tezaab. 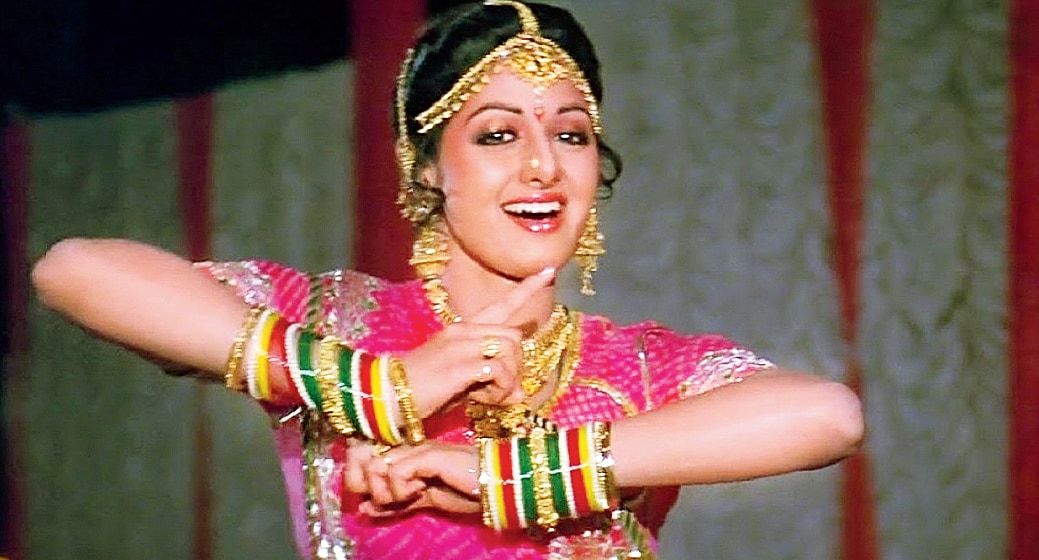 Two years later, Indra Kumar’s Dil (1990) shot her to megastar status. She could act and dance, she had a smile that lit up the room, and she somehow managed to combine a girl-next-door charm with undeniable sex appeal. By 1992, the scales had titled. While Sridevi’s Khuda Gawah (1992) was a hit, Madhuri Dixit’s Beta earned twice as much. For the third consecutive year, Dixit was in the year’s biggest film. Read more

A sprinkling of stardust The Bollywood spectacle

There are 127 pillars in the pink-and-blue haveli that Paro (Aishwarya Rai Bachchan) dashes through, first in joy, then in sorrow and despair, in Sanjay Leela Bhansali’s retelling of Devdas. It took 122,000 pieces of stained glass to finish her bedroom. In the scene where the courtesan Chandramukhi (Madhuri) dances to Kaahe Chhed, the red-and-gold Abu Jani-Sandeep Khosla ghaghra weighed so much (30 kg) that its momentum kept it swirling long after she’d stopped. The 2002 film was a dazzling blur of colour and dance, glitter and glass. It cemented his visual aesthetic as a love of the opulent. 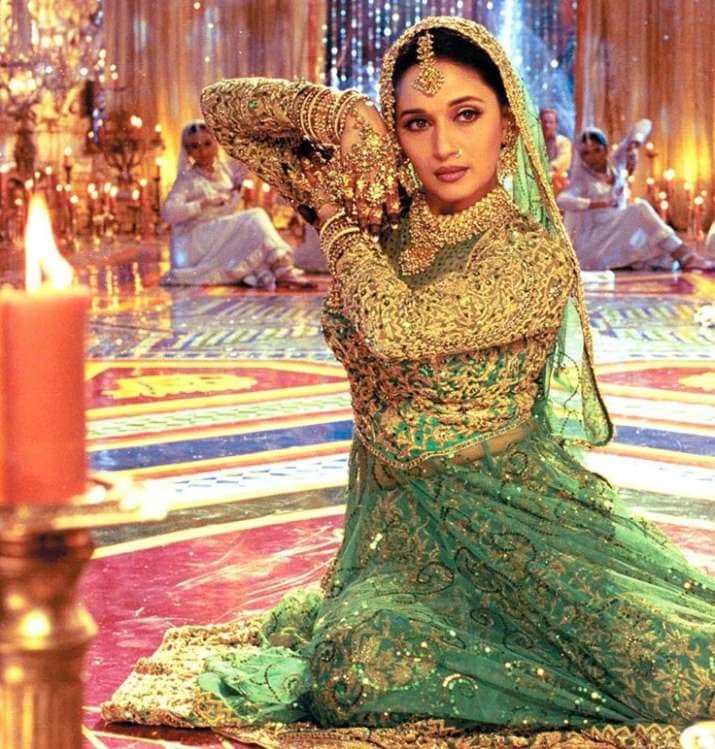 The most expensive Hindi film made until then (with an estimated budget of ₹50 crore) was an unadulterated spectacle, and it fit right into a new generation of Hindi films that coincided with India’s economic liberation. Thus was reborn the spectacle. What a sharp change from the 1970s, when Bachchan’s character driving a Ford Mustang in Don (1978) was all it took to show the audience that he was a criminal. Read more 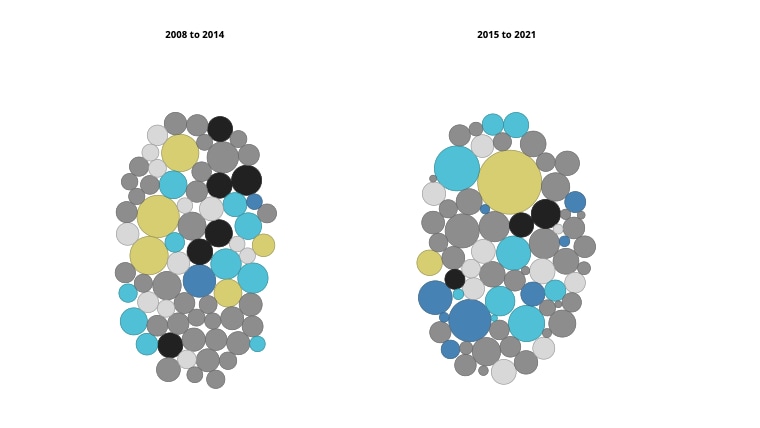 Which are India’s most bankable stars? Take a look at revenues from the top 10 films of each year since 1994, adjusted for inflation. See how Dilwale Dulhania Le Jayenge compares with Dangal. How Salman Khan and Aamir Khan stack up. Who’s had the most consistent blockbuster earnings, and how the pool of actors delivering hits is growing, with at least a few more women finally in the mix too. View interactive

Compiled by Deepanjana Pal. To see why she picked these films, click here