With his uninhibited “Yahoo!” in Junglee, Shammi Kapoor marked the dawn of a period of high-energy, youthful cinema, and a decade of breezy romances.

These were phenomenal, action-packed years in the history of Hindi cinema, as films moved ahead in fresh, exciting directions. Colour came to the industry in the 1960s and the effect was immediate. Directors and movie stars packed their bags and headed outdoors, away from studios and cities. Filmmakers began flocking to places such as Kashmir to shoot jaunty romances and scintillating songs. The urge to explore India in colour soon extended to other parts of the world too: Paris, Switzerland, Tokyo, London.

By the end of the ’60s, the romantic Hindi film had found a new hero, the crinkly-eyed Rajesh Khanna. Shakti Samanta’s Aradhana (1969), with its pulsating music, established this charismatic leading man. Rajesh Khanna would dominate the screen, for a few years. Then a fresh twist: Two of his best films, Anand (1971) and Namak Haraam (1973), both directed by Hrishikesh Mukherjee, were portents of things to come. 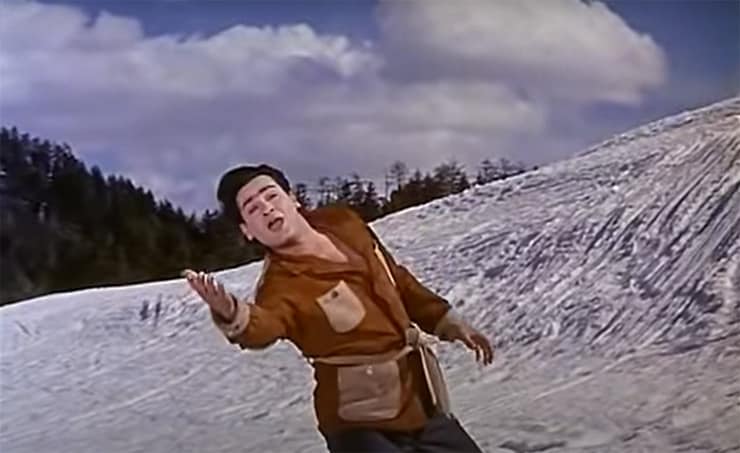 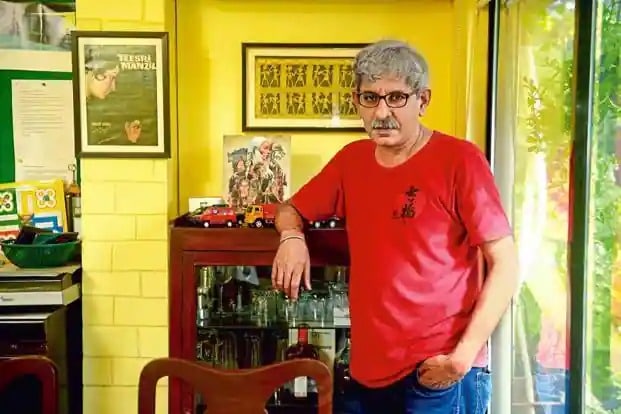 “Jewel Thief still gives me goosebumps. The magic of [the 1967 film] lies in its terrific screenplay, how the viewer is constantly being tricked by the filmmaker. It is also full of splashy colours, costumes, grand sets and songs.”

On the one hand, this era was marked by the “dialogue baazi” of commercial actors such as Amitabh Bachchan and Dharmendra. On the other, there was the powerful and artistic “new wave”, led by the likes of Shyam Benegal. At a sort of magical midpoint between the two, middle-of-the-road cinema made a smooth landing. It’s a genre that can be traced to 1974, and Basu Chatterjee’s surprise hit, Rajnigandha. The film took popular elements such as songs, comedy and melodrama from commercial cinema and placed them in tales of ordinary middle-class people. 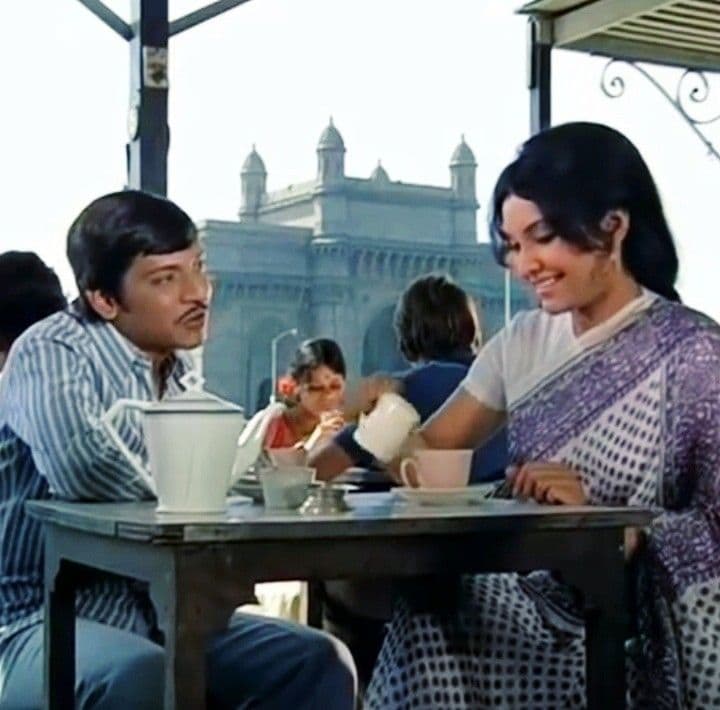 Cities starred in the middle-of-the-road cinema. Here, a still from Chhoti Si Baat. 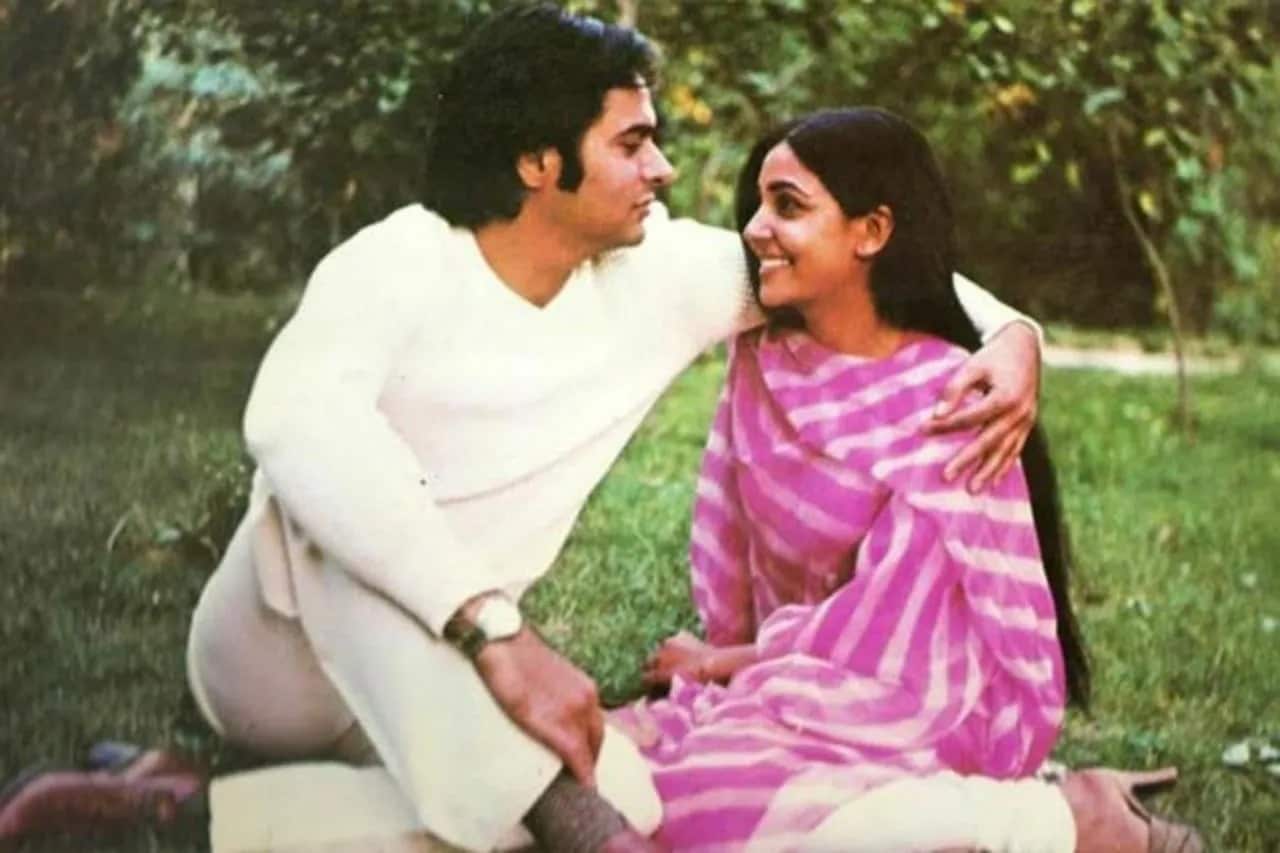 The unique blend created light-hearted, memorable movies that were starkly different from the intense cinema of the new wave. Hrishikesh Mukherjee and Gulzar, also pioneers of this middle-of-the-road cinema, cast mainstream stars such as Rajesh Khanna, Bachchan, Hema Malini and Sharmila Tagore in their films too. In these tales, the struggles and uncertainties of middle-class life played the villain, and the average middle-class protagonist triumphed in the end, with small victories that might include a coveted promotion, or the love of the girl next door. Read more

The youth of India was restless in the ’60s. The country had gained independence but unemployment was high. Amitabh Bachchan was struggling to find a job in Calcutta when his younger brother, Ajitabh, acting on his dada’s larger dream, sent a picture of the young man to a film magazine in Bombay. Around the same time, a friend named Tinnu Anand (later an actor-director himself) recommended Bachchan to filmmaker Khwaja Ahmad Abbas, who was scouting for new faces for Saat Hindustani. 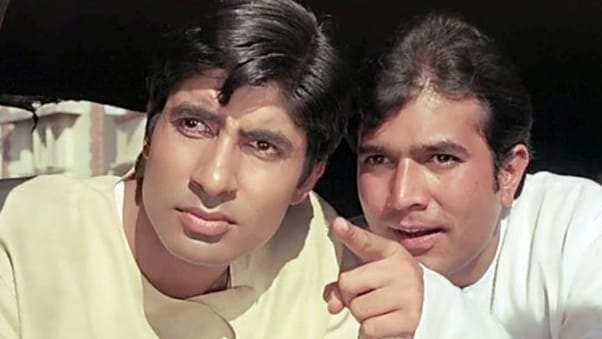 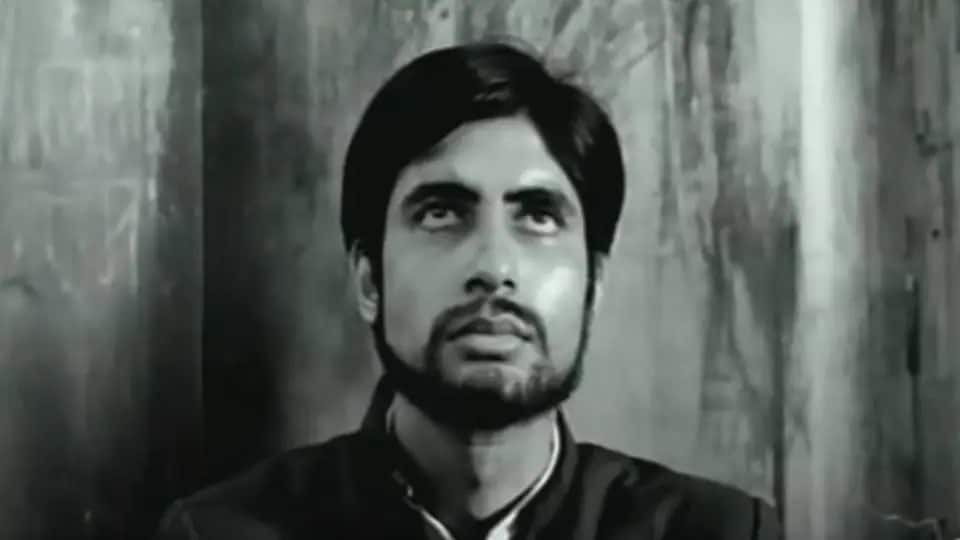 This was the tale of seven heroic Indians who revolted against Portuguese colonial rule in Goa (a state that remained a colony until 1961). Bachchan played a poet named Anwar Ali from Bihar. The 1969 film got Bachchan his first National Award, but the struggle hadn’t ended. He played supporting actor to Rajesh Khanna in Hrishikesh Mukherjee’s Anand (1971), the story of a terminally ill patient. He played an anti-hero in Parwana (1971), a talented sculptor obsessed with a young woman. (In my opinion, his career’s best thriller). Then fate intervened… Read more

If the cinema of the Fifties was about social responsibility, the Swinging Sixties were colourful, flamboyant and optimistic. There was an infusion of young blood which gave the audience frothy romcoms, travel films and noir thrillers. There was a more realistic depiction on screen of how the general audience saw women in real life (which was either as the Madonna or the whore, there was no in-between). These roles spawned new stereotypes: the gold-digger; the damsel in distress; the seductive coquette; the eye-candy; the vamp. But some of these characters thus acquired that rare thing in Bollywood: agency. Sure, they invariably met with a tragic end, but they opened new doors to what women could be seen to do. Read more 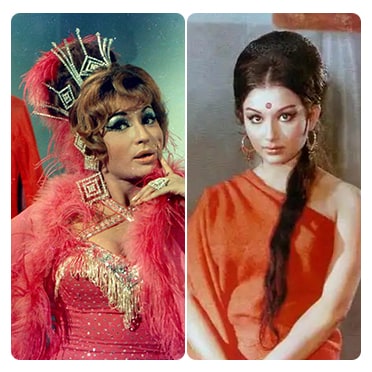 Passing the baton Notes from a new generation

Laxmikant-Pyarelal stormed the stage in 1963, with songs such as Hasta Hua Noorani Chehra, Ooi Maa Ooi Maa and Roshan Tumhi Se Duniya, in the film Parasmani. The following year, they made waves with the soundtrack of Dosti, which included the Mohammed Rafi hit Chahoonga Main Tujhe. Kalyanji-Anandji came into their own in this era. Over the next couple of years, another young music director would make a splash too -- RD Burman. The change, of course, was not only in the big names on the scene, but also in the sounds. 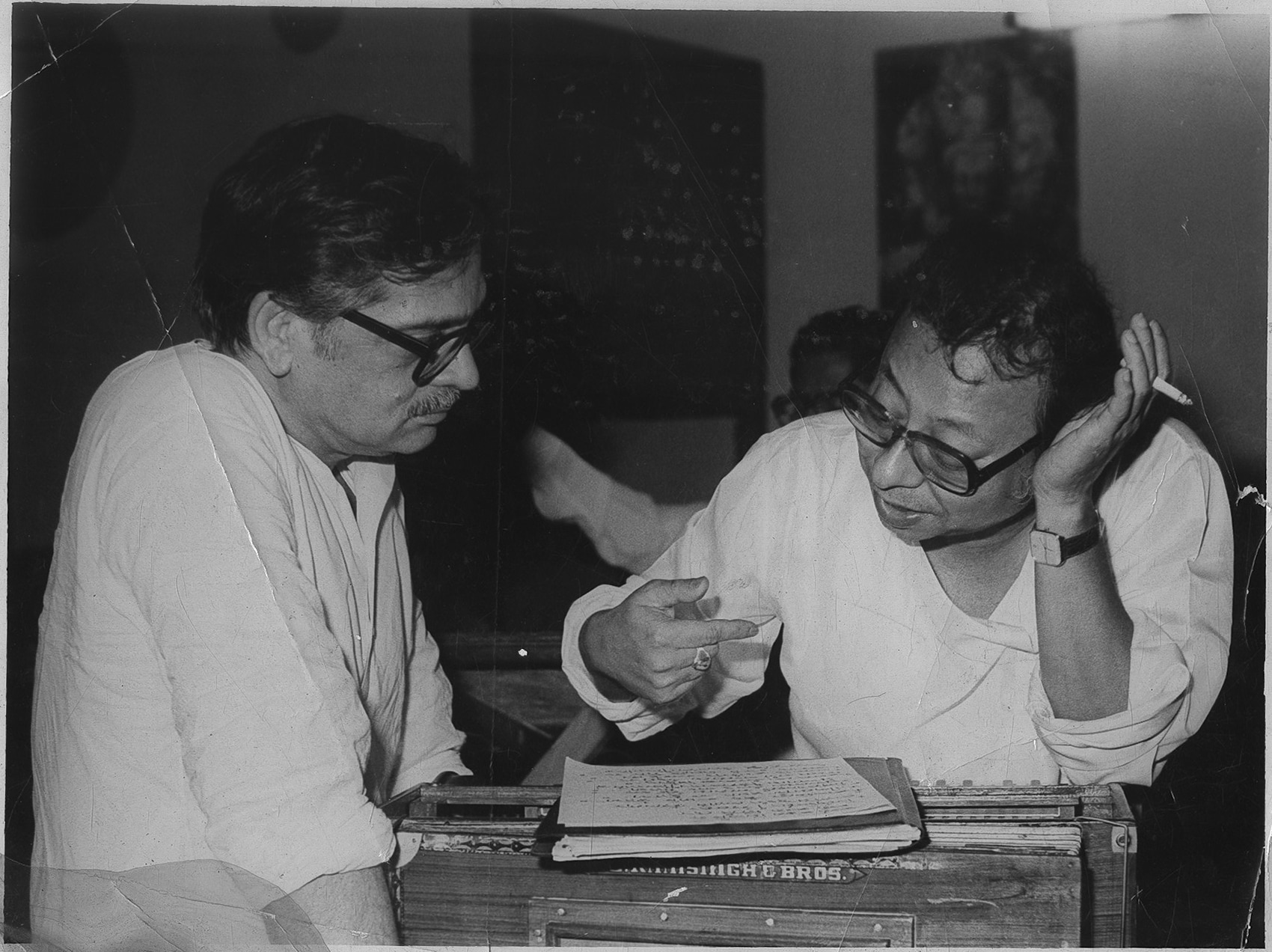 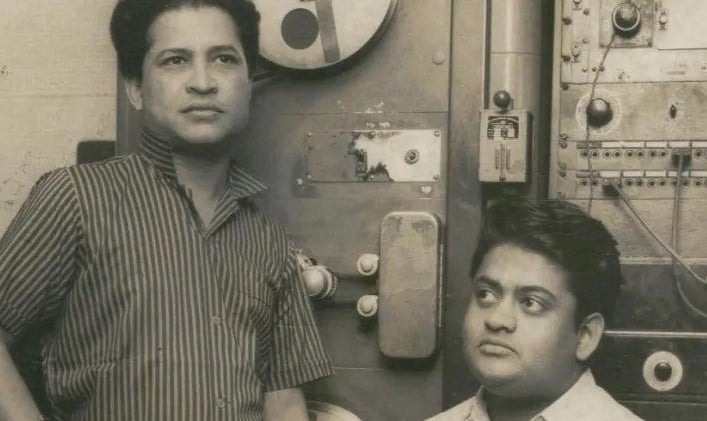 Laxmikant-Pyarelal used a lot of Indian melodies, and their easy-to-hum tunes catered to the masses. Salil Chowdhury, who started off in the previous decade, blossomed during this era; he used Western classical arrangements. RD Burman incorporated elements of jazz and Latin music in his tunes. And like Shankar-Jaikishan, who remained prolific in this era, RD didn’t stick to Western influences. Some of his most popular songs are based in Indian classical raags. Read more

Era in pixels The Nightingale 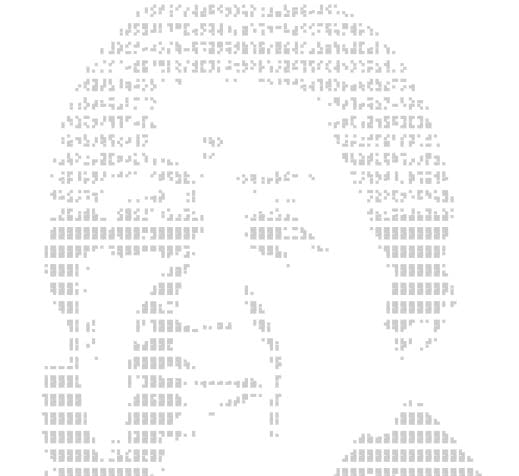 A career that spanned seven decades, a total of over 5,400 songs: Lata Mangeshkar (1929-2022) left behind a unique legacy. Which was her first song? Which were her most prolific decades? Which composers did she work with most? Which women did she sing for most often? When did she sing her last song? Take a look at a career she began as a teen and ended with a country in thrall. View interactive

Compiled by Poonam Saxena. To see why she picked these movies, click here

In this era, Lata Mangeshkar, Mohammed Rafi and Mukesh continued to be prolific. Kishore Kumar was the star male singer of the late 1960s, and sung a string of hits for reigning superstar Rajesh Khanna. He would also go on to sing many songs for the next superstar, Amitabh Bachchan. Asha Bhosle carved a niche for herself too.