Atal Bihari Vajpayee at the site of the nuclear fission blast at Pokhran.

With the fall of the Soviet Union, the global strategic framework shifted from the familiar US-USSR bipolarity to a US-led international system. India was left to manage this tectonic shift at a time of increased global turbulence and manage new twists in its relationship with Washington DC.

1991 was a tumultuous year for India in multiple ways. In hindsight, one can say that this was the period when the country was at its most vulnerable.

Political instability, wherein the country had three Prime Ministers (PMs) in less than two years (from December 1989 to June 1991), was compounded by a grave fiscal crisis. This domestic turbulence was playing out even as the global strategic framework was moving from the familiar United States (US)-Soviet Union bipolarity to a US-led international system with the unexpected implosion of the Soviet Union in December 1991. Boris Yeltsin atop a tank in Moscow became the defining image that interred the Soviet Union in the casket of 20th century history.

In the Cold War decades (1947-1991), India opted to remain non-aligned, though Delhi was perceived to be closer to the former USSR, particularly during the latter phase when China switched sides and embarked upon its rapprochement with the US. During this phase, India’s relationship with the US was prickly and often described as one between “estranged democracies” — an estrangement that grew out of very divergent perceptions about national security and the strategic orientation of the global order.

If 1991 was the year of tumult and turbulence, India was fortunate that it was able to find the most appropriate helmsman in PM PV Narasimha Rao. His tenure, between June 1991 and May 1996, can be described as the most consequential by way of coping with a wide spectrum of challenges — political, diplomatic, security-strategic, economic and societal. His sagacity and resolve in stabilising a wobbly India when it was at its most vulnerable merits recall and acknowledgement in the run-up to India@75.

While PM Rao is rightly credited with having ushered in economic reforms and saving the country from the ignominy of bankruptcy, he also laid the foundation for India’s external engagement with a US-led post-Cold War strategic framework. India, which benefited considerably from Soviet support during the Cold War period, had to review and rearrange its own terms of engagement with a US that was far from empathetic to Delhi’s complex security concerns.

This was the time when PM Rao, in April 1992, at the Tirupati session of the All India Congress Committee, recalibrated India’s path and the relevance of non-alignment that had been its lodestar in previous decades. In his comprehensive and insightful presidential address, PM Rao formulated the essence of non-alignment as “the preservation of freedom and self-reliance” and added that its most trenchant critics refuse “to recognise the freedom of judgement as an attribute of nations”. The subtext was that this freedom had to be zealously guarded. One can interpret this formulation as having a specific relevance in relation to the troubled India-US bilateral relationship.

January 1993 was also a time when there was a transition in the White House from George Bush to Bill Clinton. With the US winning the 1991 war for Kuwait emphatically, and both France and China having signed the nuclear Non-Proliferation Treaty (NPT) in 1992, the issue of nuclear non-proliferation was high on the global agenda. 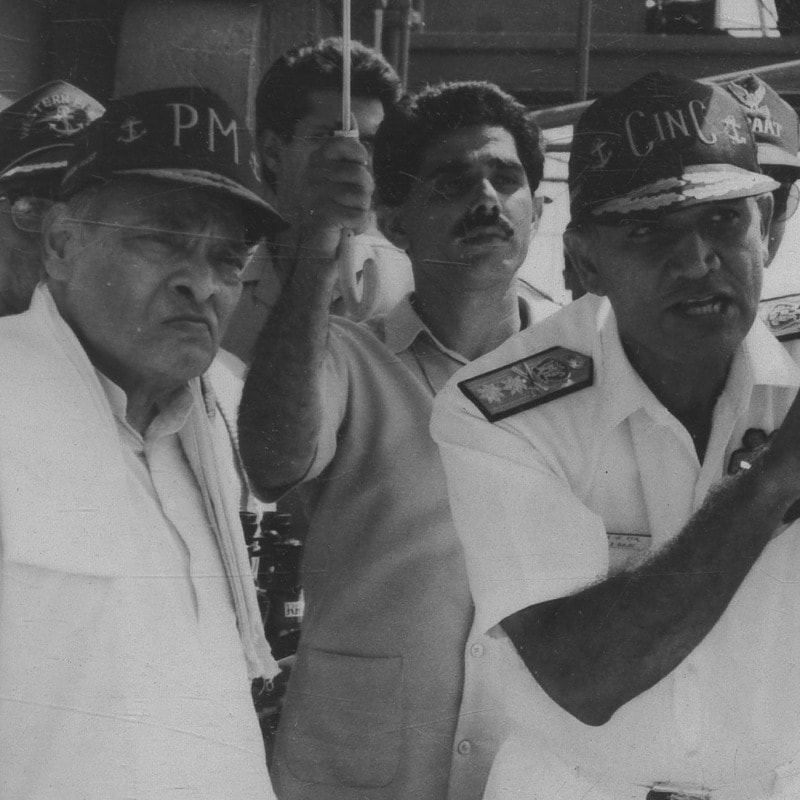 Prime Minister PV Narasimha Rao at a steam past event by the Navy on October 7, 1992, off the coast of Bombay (now Mumbai).

India was identified as a significant non-signatory to the NPT (along with Pakistan and Israel) and considerable pressure was mounted on Delhi to renounce its option and remain a non-nuclear weapon state (NNWS). Deeply cognizant of what was at stake, PM Rao resisted this pressure and ensured that Delhi was not muzzled. The US and its allies sought to bring India into the NNWS tent by another route – the Comprehensive Test Ban Treaty (CTBT), and tried to coerce Delhi to sign the treaty. To his credit, Rao resisted these pressure tactics and kept the nuclear option open and passed the baton to his successors in mid-1996.

Two years later, on May 11, 1998, India, with PM Atal Bihari Vajpayee at the helm, conducted its first nuclear test (the second one followed on May 13) and Delhi declared itself a state with nuclear weapons – a SNW. Pakistan followed suit at the end of May and the global nuclear club had two new members.

The Clinton administration was furious and the US-led international response against India was harsh. The estrangement had turned bitter. A multinational attempt was made to ostracise India through severe sanctions but Delhi stayed the course and exuded both resolve and restraint, as events in 1999 would testify.

In retrospect, it may be averred that the period 1993 to 2008 marks a definitive phase for the consolidation of India’s post-Cold War strategic and security trajectory and the nuclear issue is symbolic of this transmutation of the Indian profile.

Post the 1998 nuclear tests and the US-led opposition to the Indian resolve, the Vajpayee government faced a complex security challenge in early 1999 by way of the Kargil intrusion in the craggy Himalayan heights, when Pakistani troops intruded into and occupied Indian territory. This was a first for the subcontinent — two declared nuclear weapon powers were locked in an adversarial military situation over a territorial issue and air power was also brought to bear by India.

Escalation was feared but to the credit of the Vajpayee government, it conveyed its resolve to evict the intruders in the Kargil sector — which it did after an initial fumble. Concurrently, Delhi signalled that it was committed to nuclear restraint and had no intention of sullying the deterrence role of the nuclear weapon. The US assessment of the tense regional situation was objective, and by July 1999, the Clinton team was able to broker a withdrawal by Pakistan.

This, in turn, marked the beginning of the rapprochement between India and the US. Bitter estrangement was slowly turning to cautious engagement and the culmination was the very successful Clinton visit to India in March 2000. His rancour-free address to the Indian parliament was testimony to the political maturity and pragmatism of the leadership in both countries.

India’s own position on the nuclear issue became more nuanced and the shadow of terrorism post 9/11 and the December 2001 attack on the Indian parliament led to a greater degree of security engagement between India and the US-led western bloc.

India’s credibility as a responsible nuclear weapon state and its macro economic indicators (it became a one trillion dollar economy in 2006-7) enabled it to improve its bilateral relations with the major powers, including China. The corollary that follows is that an improvement in India’s relations with the US and its allies accorded Delhi greater credibility and buoyancy and this in turn shaped the Indian engagement with its Asian interlocutors.

The inclusion of India to the cluster of major powers was now on track and another development that burnished India’s trans-border military capability merits mention. In late December 2004, a major tsunami struck the Indian Ocean region and some nations bore the brunt of this natural calamity with considerable loss of life and coastal infrastructure. 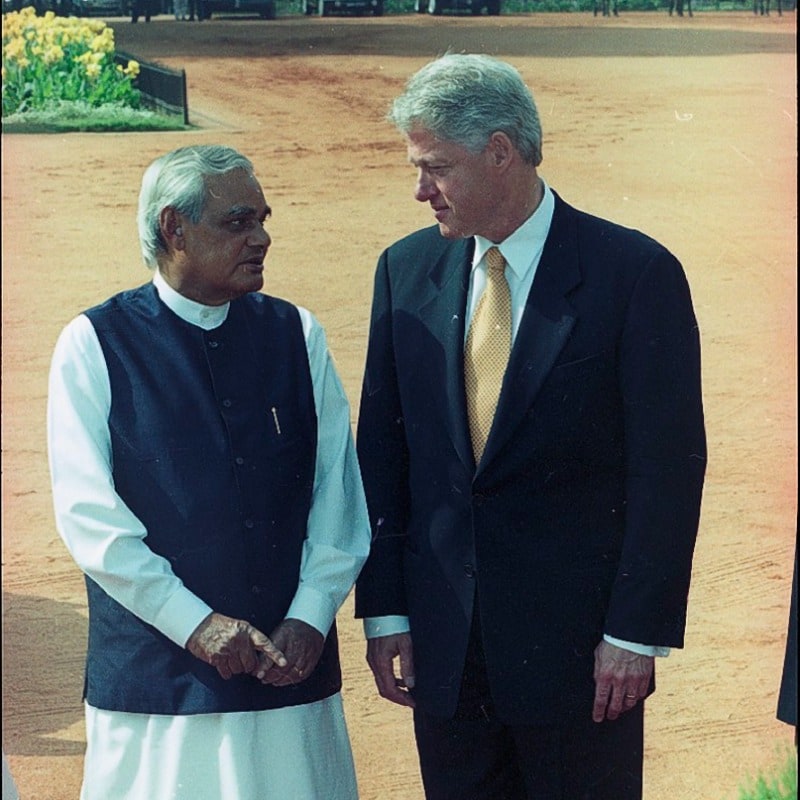 India was able to render help as the first provider of humanitarian assistance and disaster relief (HADR) by sailing its navy to the most affected countries (Sri Lanka and Indonesia ) — an effort that was soon joined by the US, Japan and Australia. This group of four later evolved into the Quad nations.

The period 2005-2008 witnessed the culmination of the consolidation of the Indian strategic profile that began on the Narasimha Rao watch in 1993 and it is befitting that the honours for this closure was effected by PM Manmohan Singh – a Rao protégé. In early 2005, US President George Bush, then in his second term, took a radical decision to bring India into the global nuclear fold and a complex modus vivendi was arrived at. The US tweaked its nuclear legislation to accord India an exceptional status, wherein Delhi remained a non-signatory to the NPT but retained its nuclear weapon capability and accepted a voluntary regime of restraint. This was endorsed by the global nuclear community at the Nuclear Suppliers Group (NSG) in 2008 at US behest. The credit for this transmutation of the “estranged” India-US bilateral relationship must be given to the resolve and sagacity of the Bush-Manmohan Singh combine and their astute sherpas on both sides.

From the strategic vulnerability that India experienced at the end of the Cold War, compounded by the brittle-bitter tenor of bilateral engagement with the US in the 1990s, to the empathetic US endorsement of India’s rise by late 2008 was a remarkable story. To be sure, there were setbacks and some phases were very bleak and both disappointment and despondency buffeted the journey. Yet in this 1993-2008 period, India was able to consolidate its capabilities and quietly assert its ability to safeguard core national interests – albeit in partnership. As India enters a geopolitically fragile period, the lessons from the fourth phase of independent India’s trajectory offer useful lessons.