Priyanka Chopra and Nick Jonas are all set to get married at Jodhpur’s Mehrangarh Fort on December 2 and looks like the pre-wedding functions have set in already. Check out her latest Instagram story here.
Share Via
Copy Link
Hindustan Times | ByHT Correspondent

Priyanka Chopra and Nick Jonas’ wedding is planned for December 2 in Jodhpur but the run up to the big day has begun in earnest. If we saw her friends throwing a bridal shower for her in New York last week, it looks like there is another pre-wedding function coming up.

On Saturday, Priyanka posted two pictures on Instagram - a post and a story - and hinted that her bachelorette party was in full swing. She shared a flower-filled picture with ‘Bachelorette Vibes’ written on it as part of her story. With pale pink and golden balloons and pink and white roses, the stage seems to be set for the bachelorette party to take off. In another picture, we can see the bride-to-be, posing with a radiant smile on her face. 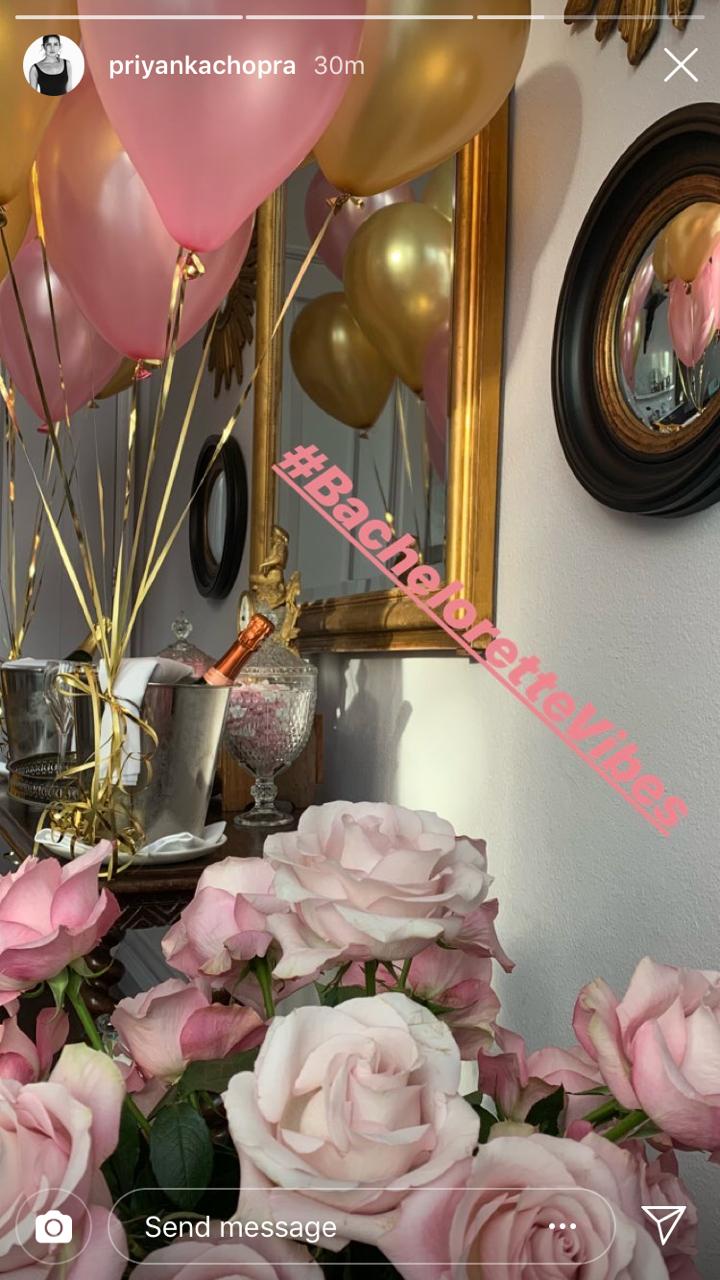 She wore a beautiful white satin and fur gown, a Marchesa dress, designed by her long-time friend and designer Georgina Chapman. It may be recalled that Georgina recently divorced disgraced movie mogul Harvey Weinstein, after he was accused of sexual harassment and rape. Priyanka wore the dress as a show of support for the designer, whom she said shouldn’t be blamed for her husband’s alleged crimes.

Her bridal shower was attended by many of her close friends including Lupita Nyong’o and Kelly Ripa. Also seen were Neetu Singh and Sonali Bendre, both of whom have been stationed in New York, the former for the treatment of her husband Rishi Kapoor while Sonali is undergoing treatment for cancer.

Sharing pictures from the event, Priyanka had written on Instagram: “Love, laughter and a room full of amazing ladies...and some special gentlemen (what a special surprise)! Thank you so much @mubinarattonsey and @anjula_acharia for throwing me such a memorable bridal shower that broke all the rules! My amazing friends and family who made me feel so special and loved, thank you. And to top it off @tiffanyandco Perfect! Here’s sharing it with you....”

She later shared a video in which she can be seen dancing with her mother Madhu Chopra and mother-in-law Denise Richards and other friends.

Priyanka will reportedly marry fiance Nick Jonas in Jodhpur’s Mehrangarh fort on December 2. Recent reports suggest that the couple is prepping to perform at their sangeet ceremony on November 30. A report in Pinkvilla suggests that a few popular Bollywood singers will also perform at the event.