At the Catholic-themed 2018 Met Gala, among saints and sinners and Jesus and the Pope, Bollywood stars Deepika Padukone and Priyanka Chopra stunned. See pictures.

In an event that saw ‘Jesus’ and the ‘Pope’ in attendance -- or at least, people dressed as them -- Bollywood stars Priyanka Chopra and Deepika Padukone stole the show. At the 2018 Met Gala, often called the east coast equivalent of the Oscars, an evening where fashion and charity come together, the theme was ‘Heavenly Bodies: Fashion and the Catholic Imagination’.

Priyanka Chopra wore a strapless red Ralph Lauren gown, embellished with a medieval tiara. At the 2017 event, Priyanka wore a trench coat with a long train, also designed by Lauren. Deepika, meanwhile, chose to keep it elegant without really alluding to the theme. She wore a red draped dress designed by Prabal Gurung, complete with scarlet heels. The designer, also invited to the event, spoke to Vogue India about Deepika’s ensemble. “Deepika has been a longtime friend and muse. She embodies all of the ideals I respect in a woman—she is beautiful on the inside and out; intelligent, assured, poised, yet with a sense of levity and joy. I am honoured she is joining me on such a special evening,” the Nepali designer said.

READ | Priyanka Chopra’s Met Gala look is a winner, Deepika Padukone not so much

Photos of both stars were shared on the Met’s official Twitter, in addition to those of Rihanna channelling the Pope, Jared Leto dressed as Jesus, Katy Perry as an archangel and Lena Waithe as a political pastor.

You can see more pictures here.

Actor Priyanka Chopra arrives at the Metropolitan Museum of Art Costume Institute Gala (Met Gala) to celebrate the opening of Heavenly Bodies: Fashion and the Catholic Imagination in the Manhattan borough of New York. ( REUTERS ) 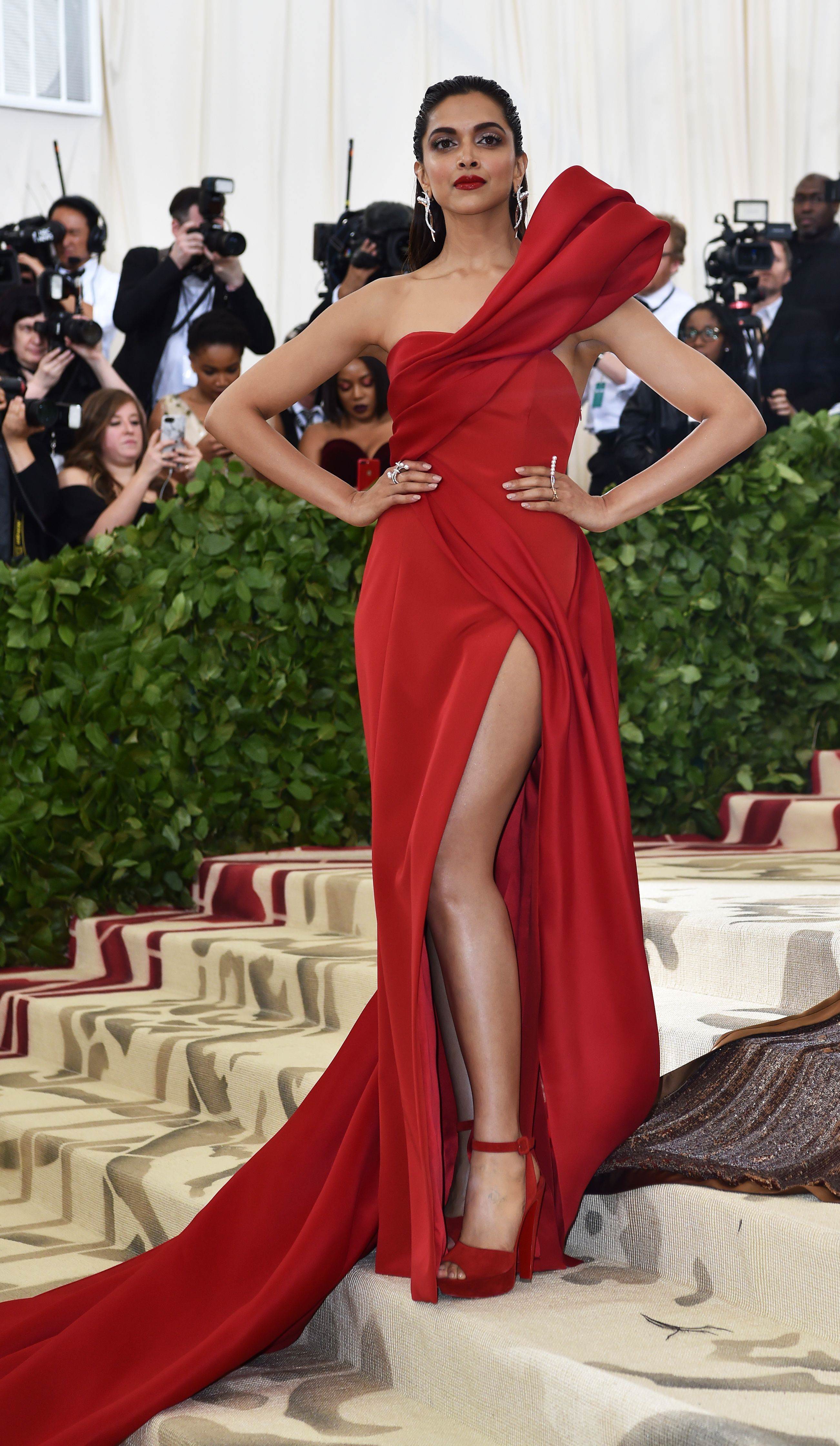 Although some commentators had feared the Catholic theme might yield the most controversial Met Gala ever, most of the actors, models and music stars stayed on the right side of propriety in colours of red, white, gold and black.

The invitation-only Met Gala is a fundraising benefit for the Metropolitan Museum of Art, and also marks the opening of the Costume Institute’s annual fashion exhibition.

The 2018 exhibit shows how Catholicism has influenced fashion and designers through the decades and features more than 50 vestments and other religious items direct from the Vatican.

Priyanka recently debuted the third season of her spy-thriller, Quantico, while Deepika is coming off a major hit with the controversial historical epic, Padmaavat.