Home / India News / After years of decline, number of Indian students in UK on the rise

After years of decline, number of Indian students in UK on the rise

Figures released on Thursday by the Higher Education Statistics Agency (HESA) show that the UK is still not the most preferred choice of Indian students, but the perception that the country does not welcome international students may be shifting slowly. 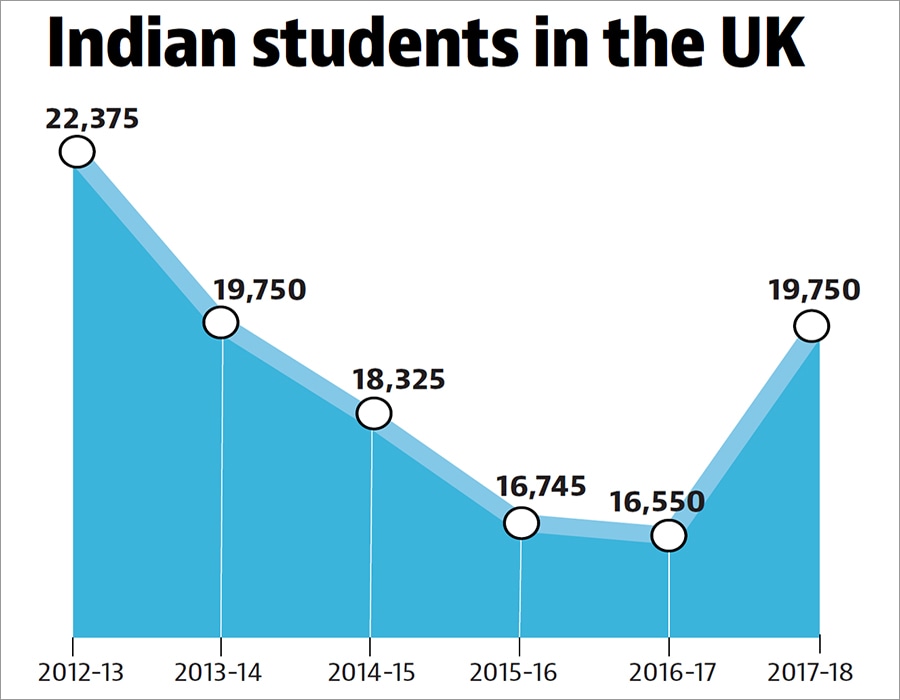 Indian and other non-European Union (EU) students typically pay at least three times the fees applicable to UK or EU students. Several research reports have been published in recent years on the multi-billion-pound contribution to the UK economy by international students.

The new figures suggest that the increase in Indian student numbers is at the postgraduate level. The largest drop was for vocational courses, mainly due to the closure of several bogus colleges, which had been recruiting non-EU students for non-academic purposes.

A major reason for Indian students staying away from UK in recent years has been the closure in 2012 of the post-study work visa, which was popular among self-financing students. It is unlikely to be reintroduced anytime soon, but the restriction has been eased somewhat.

A visa pilot programme running at 27 universities allows Indian and other non-EU students more time to find employment after completing their studies, while another relaxation will allow taking up employment after course completion, without waiting for the degrees to be awarded.

“We will also allow for students studying at bachelor’s level or above to be able to apply to switch into the skilled workers route up to three months before the end of their course in the UK, and from outside of the UK for two years after their graduation”, a white paper released in December said. There have been growing demands that international students not be counted as immigrants after official reports belied claims that many non-EU students do not return home after completing their studies. Prime Minister Theresa May has so far rejected such demands.