Jersey movie review: Nani, Shraddha Srinath film is a rewarding story of triumph and self discovery

Jersey movie review and rating: Jersey, starring Nani and Shraddha Srinath, plays out at two levels — as sports drama and a tale of a father and son — and works at both levels. Rating: 4/5

It’s the season of sports films in southern cinema and the success of recent films such as Kanaa, Natpe Thunai and Majili is proof to the popularity of the genre. If done right, sports dramas can be both moving and inspiring and there can’t be a better example than Nani starrer Jersey, which is truly a rewarding story of triumph and self-discovery. Even though it comes across as a familiar story of dreams and failure set against a sports backdrop, it goes beyond exploring the usual tropes that are generally associated with such films.

Jersey, which predominantly unfolds between 1986 and 1996, revolves around a cocky ex-Ranji cricketer Arjun (Nani), who is undoubtedly the best player of his time. Sarah (Shraddha) is madly in love with Arjun and she marries him against her father’s wishes. At the peak of his career when he’s due to be selected for the Indian team, Arjun decides to quit cricket after being let down by politics in the selection committee. Reality hits him hard and he’s no longer the arrogant Arjun he used to be as he reminds himself he has a wife and son to look after. 10 years after he’s bid adieu to cricket, he starts playing once again to prove himself at 36 for the sake of his son.

Jersey is both a competent sports drama and a moving tale of a father and son. This is not the story of a hero; this is one of a father who doesn’t want to disappoint his son, of a husband who wants to finally bring a ray of hope into his wife’s life and of a cricketer who wants to fulfill his coach’s long-time wish. This is the success story of a man who has seen more failures and constantly been beaten by life but refuses to give up.

In recent years, no other filmmaker has made a sports film with such ease and conviction, and Gowtam makes a strong mark with this story of a late bloomer. Jersey humanizes a sports star and shows us how his failures can affect the people close to him. Instead of making this a story of glory and success, Gowtam makes this a tale of redemption and self-discovery. 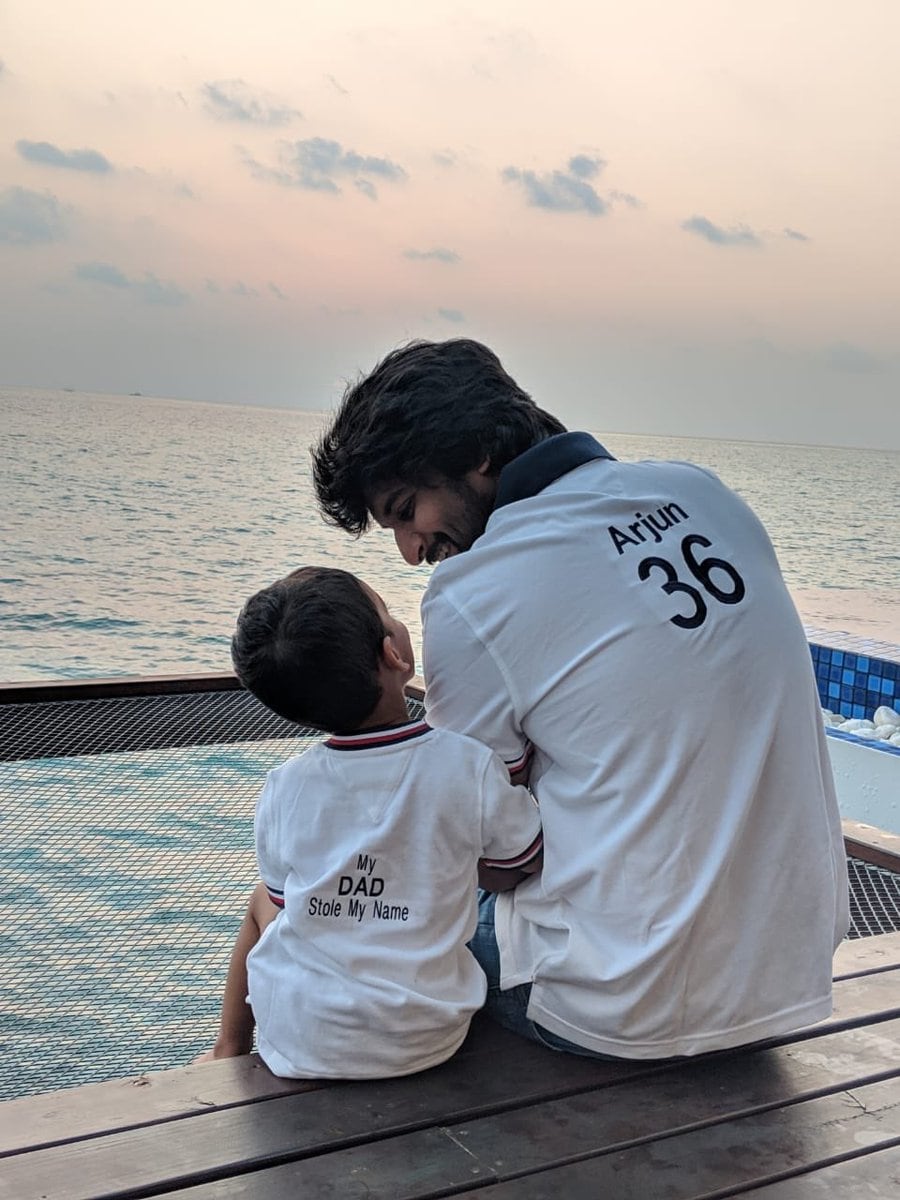 Nani hits all the right notes in his portrayal of a former cricketer and a father in Jersey.

Nani is terrific as Arjun and he hasn’t looked so comfortable in role in a while. As Arjun, it’s extremely difficult to see Nani in the role and that’s probably the biggest achievement of Jersey, which also features Shraddha Srinath in a pivotal role. As the guilt-ridden couple struggling to keep their marriage afloat, it’s through her unspeakable words Sarah places her faith in Arjun and the scenes between them are so refreshing. There are scenes where we see them living under the same roof and not conversing but one can still sense the love they have for each other. The ever reliable Sathyaraj as the coach shines in yet another role which he can even play in his sleep.

Arjun’s relationship with his son is what really makes Jersey a heartwarming father-son bonding drama. It’s their relationship that really drives the story forward. It is through the son’s eyes, we see Arjun without judging him. Some of the film’s best moments are between Arjun and his son.

Jersey manages to showcase the cricket games as convincingly as possible. The effort that has gone into getting trained for his character is quite visible in Nani’s performance. From the stands to the shots and the follow through, Nani gets the body language of a batsman right and is a treat to watch while playing.

‘It was difficult for me’: Akhtar names India batsman who played him easily
Read more

The Curse of the Weeping Woman movie review: New Conjuring spin-off may be better than the originals