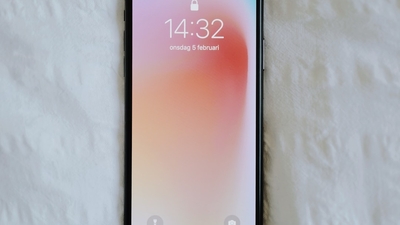 Buy the perfect Samsung phone for your needs today!

Samsung is a South Korean company that manufactures some of the most popular smartphones. These include phones with 2GB RAM. If you are in the market looking for a new cell phone and want to buy from a reliable brand, you should consider buying a model in the Samsung 2GB internal memory mobile phones series. These phones are known for their high quality and long-lasting battery life. Users can also look forward to easy access to apps and games with their sizeable internal memory storage space.

The Samsung Galaxy M02 has two cameras on the back: a 13-megapixel primary camera and a 2-megapixel macro camera. The back camera has autofocus. The phone also has one front camera with a 5-megapixel sensor for taking selfies.

The Samsung Galaxy M02 has 32GB of internal storage that can be increased via an external microSD card up to 1 TB. The phone runs One UI and is based on Android 10. It is a dual-SIM phone, with an arrangement for Nano-SIM cards. It was introduced in shades of blue, black, grey, and red. The Samsung Galaxy M02 has Wi-Fi, GPS, USB Type-C, 3G, and 4G connectivity options. The phone has an accelerometer, among other sensors.

Best 3 features for you

TheSamsung Galaxy A10s is the best value-for-money phone among the Samsung 2GB internal memory mobile phonesfeatured on our listand iscurrently available for ₹10,790 in India. Featuring a 15.79 cm (6.2) HD+ Infinity-V display and a 13MP + 2MP (depth) dual camera set-up, this mobile phone is designed for immersive screen sizes and taking remarkable pictures and videos. Considering the low price point, it has a respectable number of features, making it an excellent choice for anyone looking to buy a new Samsung smartphone.

TheSamsung Galaxy M02 is one of the best Samsung 2GB internal memory mobile phonesin India. It has a 6.5-inch HD+ display with 720x1600 pixels resolution and runs on the Android 10-based Samsung One UI version. It comes powered by a quad-core MediaTek MT6739 processor with 2 GB RAM and 32 GB storage, which is further expandable and features dual rear cameras, 13 MP and 2 MP camera at the back, with a 5 MP camera at the front. The phone has a massive 5,000 mAh battery, which is built-in and can be charged through the micro USB 2.0 port. Therefore, this phone is the right choice because many customers have given it a favourable review on Amazon India. Even though there are no expensive price tags, it still has decent features at just ₹8,999.

How to Find the Perfect Samsung Phone?

Start by determining what features you want and how much you are willing to spend. Then you will be in a position to compare the different models.

Make a list of all the features you need and want in a phone, then rank them to determine which are most important to you. Next, you will have to research the various options out there. You may start on Amazon. With Amazon filters, they have almost every model or brand imaginable.

After you find a product that looks like the right fit for your needs, compare prices from different models and look for discounts. Choose the option that best suits your needs. If price is important to you, but the phone does not have the features you want, then keep shopping. If budget is not an issue and features are most important to you, then purchase one of the Samsung 2GB internal memory mobile phones.

“At Hindustan Times, we help you stay up-to-date with the latest trends and products. Hindustan Times has affiliate partnership, so we may get a part of the revenue when you make a purchase”

Best Orient electric geysers for your home: A buyer's guide

Amazon sale: Add stylish women apparels to your cart, enjoy up to 80% off

Amazon sale: Grab up to 70% off on men's jackets from Allen Solly and Qube

Amazon sale: Skincare products are up for grabs, get up to 45% off on them

Which mobile is the best Samsung Phone for 2 GB RAM?

The Samsung Galaxy M02 provides everything you need on a mobile device and is available for ₹8,999. It's an excellent choice if you are looking for a low-cost phone.

How much RAM is enough for a phone?

In general, having more RAM than you need isn't bad. It just means your phone can handle more things at once without slowing down! So, even if you think 2 GB is enough now, maybe in a year or two when new apps and features come out, having 4 or 6 GB would be nice, so your phone can easily keep up with all the functions.

How can I increase the amount of RAM on my phone?

Like laptop or PC devices, Android smartphones cannot have their RAM upgraded, but there are other ways to improve performance. Making a swap partition or file on an SD card is one method, but your device needs to be rooted.

Is 2GB sufficient for use?

A plan with 2GB of data (or 2000MB) per month is designed for people who don't frequently use mobile data. This amount of data is sufficient to surf the internet for 80 minutes per day or use social networking apps for at least 40 minutes per day.

Can I expand a 2GB memory phone?

Yes. Most phones come with an expandable memory option. You can expand it according to your usability. 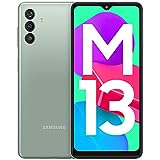 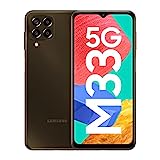 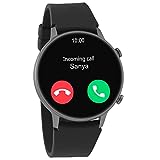 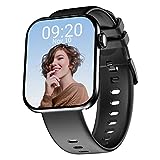