Shahid Kapoor, his wife Mira Rajput and their kids, Misha and Zain, left for Singapore on Wednesday. The actor’s wax statue will be unveiled at Madame Tussauds on May 16.
Share Via
Copy Link
Hindustan Times | ByHT Correspondent

Actor Shahid Kapoor, wife Mira Rajput and their two children, Misha and Zain, were spotted at the Mumbai airport on Wednesday. Reports say that the couple were on their way to Singapore, where the wax statue of the actor is scheduled to be unveiled. Shahid and Mira at Mumbai airport on Wednesday. 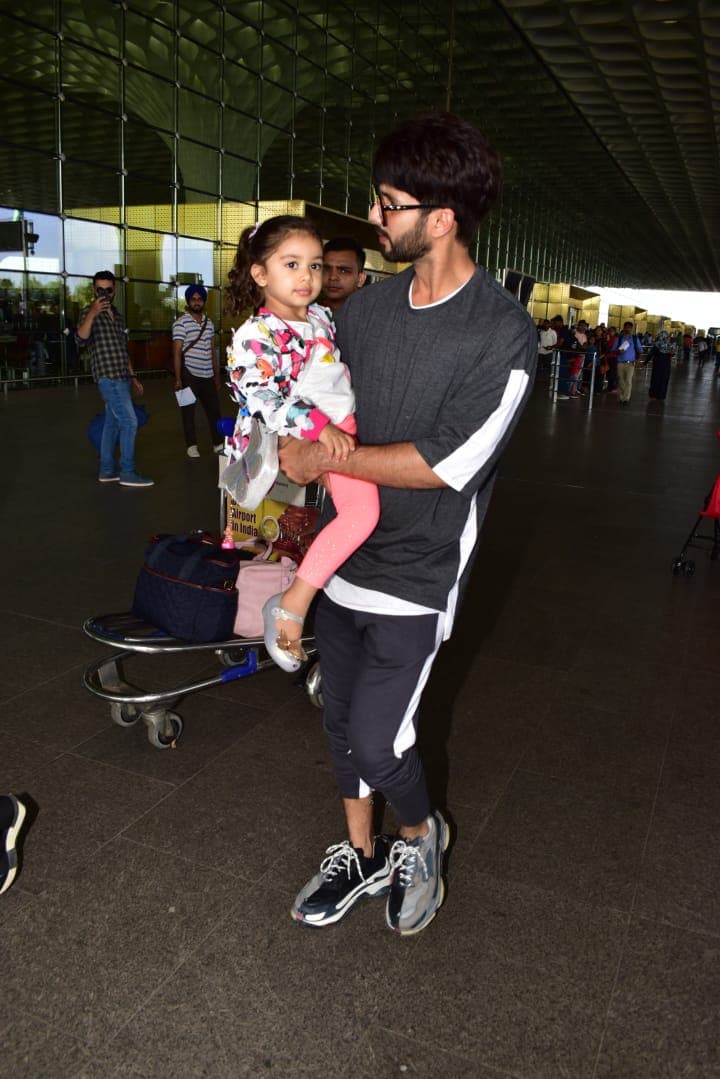 Shahid would unveiled his first wax statue at Madame Tussauds in Singapore. Actor had earlier said that his statue will be unveiled on May 16 in Singapore.

7 days from now, I will be unveiling my first & only wax figure at @MTsSingapore! Stay Tuned! #shahidkapoor #MadametussaudsSG #MTSG #ShahidMTSG pic.twitter.com/aImlvzkloh

The actor and his family were casually dressed — Mira wore a pair of black leggings and teamed it with an oversized shirt while Shahid kept it simple in a pair of grey-black and white track suit. Misha was dressed in a pair of pink leggings with a white and pink printed shirt. Zain was being carried by his mother, while Misha was in her dad’s arms.

Keep an eye out. Coming soon.

Shahid launched the trailer of his film Kabir Singh recently. An official remake of Telugu film, Arjun Reddy, the film is about a brilliant but alcoholic medical student, who falls in love with a fellow student. After their romance turns sour and she is married off to another person by her family, Kabir (Arjun) plunges into an abyss of drugs and alcohol.