The Delhi Metro has begun work on a fifth bridge across the Yamuna river under phase four expansion of the Pink Line, which will see the corridor extending from Majlis Park to Maujpur, officials said on Tuesday.

According to officials, the bridge will connect the Soorghat Metro station and the Sonia Vihar Metro station on the corridor, and is being built between two existing bridges – Wazirabad bridge and Signature bridge.

The corridor is slated to be opened by the middle of 2024 and the Delhi Metro Rail Corporation (DMRC) said the bridge work was progressing at a strong pace.

“The total length of the bridge is 560 metres... Pile foundation work is near completion and approximately 50% of sub-structure has been completed. The construction of superstructure by balanced cantilever technique has also been started,” said Anuj Dayal, principal executive director, corporate communications, DMRC. 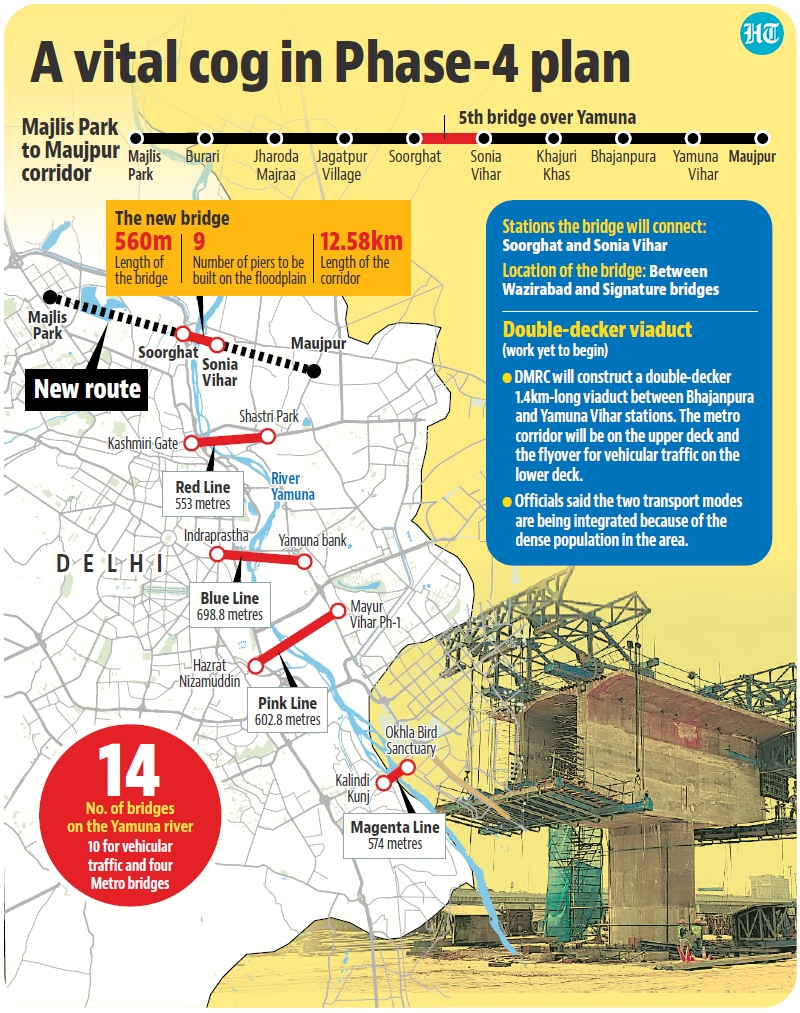 The Delhi Metro has already built four bridges across the Yamuna in the first three phases, including the Yamuna Bank Bridge on the Blue Line, a bridge at Nizamuddin for the Pink Line, a bridge at Kalindi Kunj for the Magenta Line and one at Shastri Park for the Red Line.

Officials, however, said this will be the first bridge to be built using the cantilever construction method.

“A cantilever is a rigid structural element which extends horizontally and is supported at only one end. Cantilever construction allows construction of overhanging structures without additional support structures. Employment of this technology will make the bridge aesthetically better,” said Dayal, adding that a 3D design of the bridge was also finalised using Building Information Modelling (BIM) technology.

The bridge will cross the Yamuna at around 385 metres downstream of the old Wazirabad Bridge and 213 metres upstream of the existing Signature Bridge.