UP’s farm loan waiver helped a limited number of farmers and had many shortcomings. Govt not only put a number of riders for the waiver, the process was also marred by controversies and criticism.

Farmer Vinod Kumar feels short-changed but he had little option when he was asked to pay an interest of Rs 26,000 for a Rs lakh farm loan that the Uttar Pradesh government wrote off to keep a poll promise.

The 45-year-old man from Rehdara village, 25km from Meerut, had taken the loan from the Kelly Rampur branch of Punjab National Bank on February 16, 2016. The loan was waived after the Bharatiya Janata Party-led state government announced a debt redemption scheme for farmers last year.

“Actually, only Rs 74,000 was waived against the declared sum of Rs 1 lakh,” said a dejected Kumar, who owns eight bighas (1.3 hectares) of crop land.

In 2014, third-generation marginal farmers Vijay Mishra and brother Ashok took a loan of Rs 1.25 lakh through the Kisan Credit Card to grow potato and paddy in Samri Majra Baihrana village under Kaudihar block, 35km from Allahabad.

But their crops got destroyed, first by drought and then by hailstorms. “I was saddled with a loan and an interest of Rs 1.85 lakh. I was relying desperately on a waiver to survive. But after waiting for months, just Rs 65,000 got waived,” the 38-year-old Vijay said.

“Today, I have over Rs 1 lakh to repay and the bank is putting pressure.”

These two cases reflect the shortcomings in the Yogi Adityanath government’s loan-waiver scheme for farmers, a promise the BJP made before the 2017 assembly polls.

The party won the elections with absolute majority. “The crop loan of all small and medium farmers will be waived ,” the party’s poll manifesto had said.

The government of this cash-strapped state has spent around Rs 21,000 crore on this scheme, benefitting 3.3 million debtridden farmers.

UP farmers in a precarious situation
1.80 crore estimated agriculture households are there in Uttar Pradesh and 43.8% of them are in debt23.2% of farm households in Uttar Pradesh live below the poverty line, against the national average of 22.5%. UP is among the states where the proportion of farm households suffering from poverty is the highest in India.◼ The expenditures of UP’s farmers are more than their earnings. The average total monthly income of farmers in UP in 2012 was Rs 4,923 against their monthly expenditure of Rs 6,230. In 2012, the farmers of Punjab earned Rs 18,059 and spent Rs 13,311, saving Rs 4,748 a month◼ Average gross cropped area per agricultural household in UP was 0.57 against 2.17 hectares in Punjab and 1.68 hectares in Haryana. 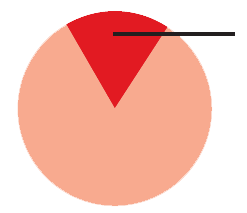 17.45% is UP’s total share in the country’s food production, which is the highest

State agriculture minister Surya Pratap Shahi defended the schemes and policies for farmers, saying the government’s work has no parallel.

“So far as loan waiver is concerned, the scheme is not closed yet. We had asked the farmers to give applications if they have been left out. We will verify the claims of lakhs of farmers and waive loans of those eligible in accordance with the rules,” he promised.

But the snags are drawing more critics than admirers to this well-intentioned scheme. The government is accused of keeping its promise by putting a number of riders for farmers seeking their loans to be written off.

The government fixed a maximum limit of Rs 1 lakh that could be waived and that, too, only against one loan account.

Initially, the number of farmers to be benefitted after the government made a budgetary allocation of Rs 36,000 crore was put at around 7 million.

The number was almost halved eventually.

“In Allahabad district, around 82,000 farmers were identified as eligible for the loan waiver. However, after three rounds of verification, only 49,600 farmers benefited with a total loan waiver of Rs 275 crore. The remaining 32,300 farmers had to repay their loans,” lawyer and RTI activist Anand Mohan said.

The loan-waiver scheme, Anand Mohan said, should have been implemented in a better way.

Not only was the promise watered down, the execution was marred by criticism and controversies when it was found that many farmers received loan-waiver cheques of as low as Re 1 or even less.

According to agriculture minister Shahi, loan waiver is not a solution to rural distress.

“We are working on different fronts simultaneously to double farmers’ income by 2022 as a lasting solution to the problem,” he said, reminding critics that they should not forget that this government has the mandate for five years to work for the farmers.

The criticism is not coming only from the BJP’s rivals.

The Bharatiya Kisan Sangh, a farmers’ outfit affiliated to the Rashtriya Swayamsevak Sangh (RSS), the BJP’s ideological mentor, is unhappy as well.

“The bureaucracy messed it up by attaching too many riders,” said Ram Chelaji, the Kisan Sangh’s state organisation secretary.

He pointed to the BJP’s loss in the Phulpur and Gorakhpur Lok Sabha bypolls in March and said the government should act fast to address the problems of disenchanted farmers.

The disenchantment is difficult to ignore in a state in which 43.8% of its farmers are in debt. The government now stands hostage to a promise it made in the run-up to the polls.