ADVERTISEMENT
Home / Bollywood / Sridevi is too committed to her character: Gauri Shinde

Sridevi is too committed to her character: Gauri Shinde

Gauri, English Vinglish (EV) raises a lot of expectations because it's Sridevi's comeback vehicle. Does that put an extra responsibility on your directorial debut?

If I start thinking about it maybe I'll feel, 'Oh my God, its Sridevi coming back.' I haven't allowed myself to think about it. But when I'm asked about it, I do feel the pressure. Maybe when the release is even closer, I'll feel the stress. Right now I am only thinking of getting the film ready for release.

The Sri factor makes EV very attractive. She is coming back after many years, now a mother of two. Was she able to surrender herself completely to the camera?

Of course she'd make that call home during breaks but once she was back, she was fully there. Don't forget women make magnificent multi-taskers. She is too committed to her character to cheat on it. When she is on camera, she's completely there. She's a complete director's actor. And she makes it all look easy on camera. Only a great artiste can bring that level of fluency to her performance. It's like Lataji. When she sings she makes the tune sound so simple. But try singing it yourself and then you'll know how difficult it is. 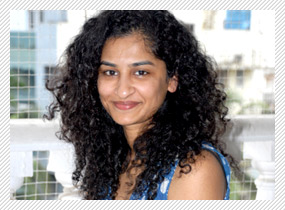 What about you? You too have a home to run while making a movie?

I've an obsession with perfection even at home. I don't like a single speck of dust anywhere. But for now, I've transferred my penchant for perfection to my movies. For now its okay if the bookshelf is not dusted. The staff at home thinks I've given up. Little do they know. Let the film be over and they'll see. Thankfully the home is largely taken care of. My husband Balki has been a very supportive home-maker.

The two Bs, Boney and Balki seem very supportive of Sridevi and you?

Yes they have. Balki is very supportive. And that's a blessing in this male-dominated society. But I am not too fond of headlines that praise him for being such a 'patni-vrata'(devoted husband).I don't see any big deal if he is supportive while I make a film. Because I'd do the same for him. Why is it when men do what women do quite quietly, it becomes such a big deal?

You chose a subject, the middleclass women's paranoia about mastering the English language.

I've seen it happen in my own home. My mother inspired this story. She is a housewife and an entrepreneur-she has a very successful spices business-and she felt if she knew the English language, there are so many more things she could have done with her life. There was no reason for her to feel inferior because of her poor grasp of English. But we were also responsible. We made fun of her. We tend to be insensitive in our day-to-day dealings with family and even colleagues. It isn't restricted to women only. 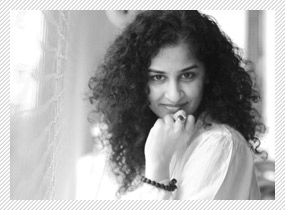 I wonder why no one thought of it before!

These are issues right under your nose. I guess filmmakers try to look for issues that are much larger than this. To me, a wife and mother's struggle to achieve a linguistic dignity in a society governed by Colonial rules of verbal communication, seemed important.

Did you have to wait long to start EV?

It was totally my call. I took longer to write the film than to shoot it. I wrote it over a period of two years while directing ads.

Why only them? I think wives anywhere would connect with the theme. If I can find even 50 women who empathize with the film, who seek out a sense of the self and are encouraged to change their lives, I'd feel the film has worked.

20 years ago Shabana Azmi discovered that sense of the self in a housewife when she did Arth. How impacted are you by Arth?

Of course I am influenced by all that absorbed in cinema and life during my growing years. I loved that era in the 1980s of Shabana Azmi and Smita Patil. Such great progressive scripts were written. Somewhere I think our cinema lost that search for identity that made films like Arth and Bhumika so memorable. Of course good films are happening today also. But not enough.

We last saw Sridevi bludgeon the screen in Judaai?

It didn't matter which film she was in. She always made the character her own. I am totally addicted to Sridevi. How will I work with any other actress now? I am completely spoilt in my first film by her caliber as a human being and an actress. How will I get all of this in my future films? I want to work with her for the rest of my life.

You also worked with Mr. Bachchan in EV?

In some senses they are similar. They're the greatest and yet so humble and so trusting of the director. If they hadn't trusted in me, I'd not have been able to make this film. Not once did they make me feel like a debutant director.

You shot Mr. Bachchan's portions with Tamil star in Ajith for the Telugu version of the film?

I was shooting in Tamil, my husband's language. So I needed his help. This time it was my turn to be linguistically challenged. I can't speak any Tamil.

Would your next film also have a woman protagonist?

I didn't consciously make a woman-centric film. I made what came instinctively to me. I wanted to make a film about a woman who overcomes her insecurities.

Are you going on to your next?

Noooo. I will first need to sleep for a month after English Vinglish releases.