2021 appears set to be the best year for unicorns

While new tech-based companies created new categories of businesses, the Covid-19 pandemic has only ensured that many more segments of business are conducted online, and startups in the area proliferate into new territories.
READ FULL STORY
By Vineet Sachdev, New Delhi

Unicorn companies are described as privately held startups with a valuation of over $1 billion. The term was first popularised by venture capitalist Aileen Lee in 2013 to describe rare technology startups that were valued at more than $1 billion.

While new tech-based companies created new categories of businesses, the Covid-19 pandemic has only ensured that many more segments of business are conducted online, and startups in the area proliferate into new territories.

Here’s a look at what data from CB Insights shows about the unicorn ecosystem in India and across the world.

1. Paytm is India’s highest value Unicorn, 7 more were added to the unicorn list in 2021

In India, the top three unicorn companies are One97 Communications (the owner of Paytm), the ed-tech based Byju’s, and travel-based OYO Rooms. Their valuations are $16 billion, $13 billion and $9 billion, respectively. Seven Indian companies have entered this list in the first four months of 2021. They are CRED, Meesho, ShareChat, Digit Insurance, Five Star Business Finance, Infra.market and Groww. 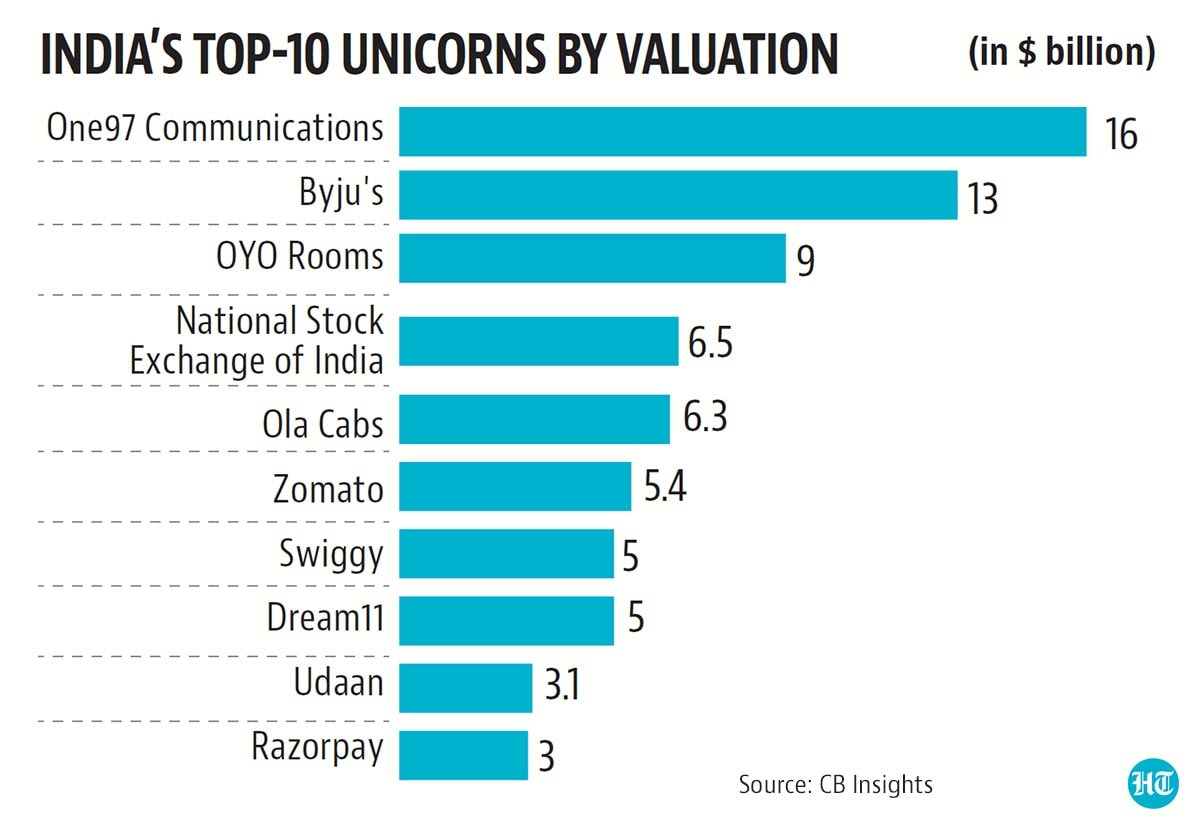 2. The United States has more unicorns than India and China put together

What makes unicorns unique is the fact that they are able to attract large amounts of funding from venture capitalists. In a way, this is supposed to reflect the premium on the business idea and the technology to execute it rather than current performance.

As is to be expected, networking with potential investors is a crucial factor here. CB Insights data shows that United States (US) is the world’s best place for unicorns to get investment followed by China and India. At 337, the US is home to 52% of the total unicorns in the world with a combined value of around $1.1 trillion.

3. In just four months, 2021 has already seen the most new unicorns ever recorded

The CB Insight data provides information on unicorns since 2010. The total number of unicorns has increased from one in 2010 to 654 until April 2021. The year 2021 saw the highest number of unicorns being created during this period (just till April 22). Between January and April 2021, 88 companies achieved Unicorn status in the US, making it the best year in history of US Unicorns. China’s unicorn growth peaked in 2018, when it added 42 companies to the list of unicorn. Only two companies have added themselves to the unicorn list in China this year.

Data shows that for most private companies, getting over a billion-dollar valuation from investors is recent phenomenon.

4. Which business category do most unicorns enter?

Fintech and internet software services are the most popular segments for these private businesses. More than 100 unicorns in the world are in each of these two categories followed by e-commerce and direct-to-consumer segment that has a share of 12% such companies. 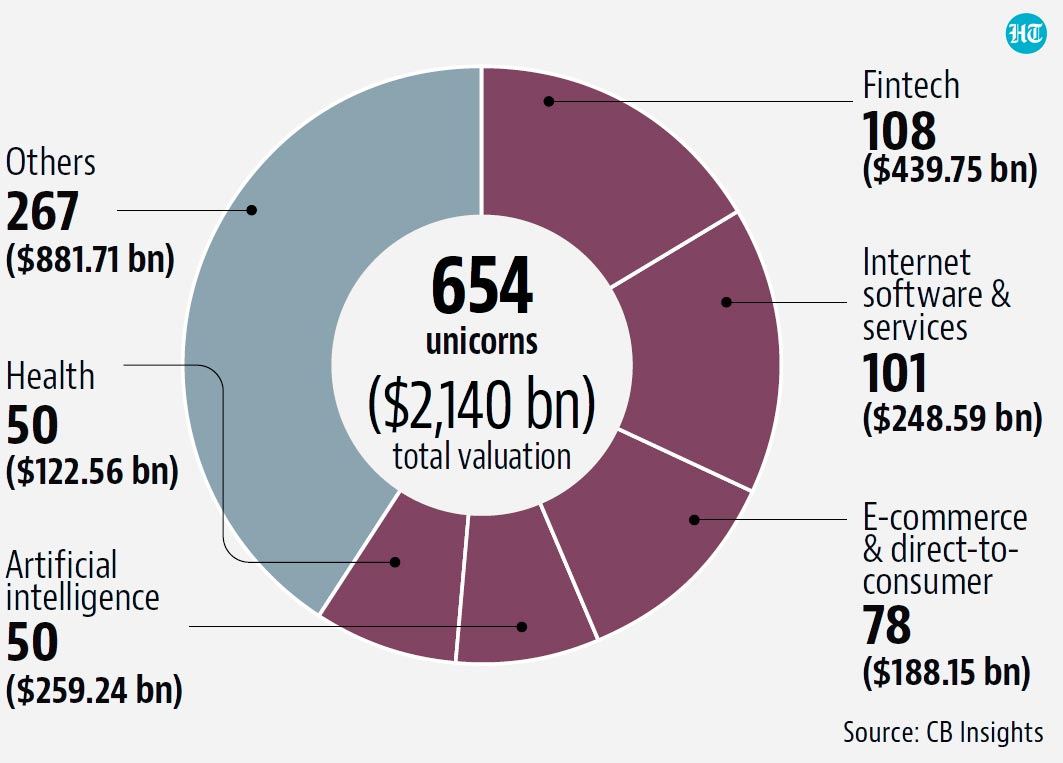 Fintech companies such as Paytm redefined the payment industry in India. Other categories where these unicorns are present are artificial intelligence, health and mobile and telecommunications.