Trade dilemma in a populist world

India’s foreign exchange reserves were valued at $598 billion in May 2021, more than 15 times the value of India’s imports that month.

India was one of the founding members of the World Trade Organisation (WTO) when it was formed on January 1, 1995. China would enter the WTO six years later, in December 2001. India was a member of the drafting committee of the Regional Comprehensive Partnership Agreement (RCEP) from 2011, but opted out of the mega regional free trade agreement at the last moment when it was announced in 2019. The RCEP deal has given China an edge over India when it comes to trade in the Indian Ocean Region.

India’s foreign exchange reserves could have paid for just two weeks of imports when the balance of payment crisis erupted in 1991. The country had to ship part of its gold reserves to London to negotiate an IMF loan to prevent a payment default. India’s foreign exchange reserves were valued at $598 billion in May 2021, more than 15 times the value of India’s imports that month.

The refusal to join RCEP came at a time when the policy regime was willing to further liberalise capital flows. The 2019-20 Budget announced a plan to initiate sovereign external borrowing, something which marked a stark departure from India’s conservative approach towards liberalising its capital account (the plan was abandoned soon). These two examples capture the change in India’s attitude and position vis-avis the rest of the world in the three decades of economic reforms. The choice, to be fair, is not going to be an easy one. Here are three charts which put this in perspective.

1. India has closed the gap with the richest countries, but most Indians have not What is disappointing, however, is the fact that India still lags behind a lot of economies — not just advanced countries but also its emerging market peers — in terms of per capita incomes. India was ranked 133rd in the world in terms of per capita GDP in current dollars in 2020-21 out of 176 countries for which data is available. It is this deficit on the per capita GDP front that necessitates a much faster GDP growth rate for India. India’s economic engagement with the rest of the world has to be a means to serve this end.

A country’s trade numbers, in absolute terms, do not mean anything. Foreign trade matters because the net exports category is a part of the GDP. Simply speaking, exports exceeding imports for country X means that rest of the world spends part of its income boosting X’s incomes. As is obvious from this argument, for a country to benefit from foreign trade, not only should exports increase, they should increase at a faster pace than imports. It is on this count that India’s foreign trade performance has not lived up to expectations.

According to data from the Centre for Monitoring Indian Economy (CMIE), share of exports in India’s GDP increased from 5.65% in 1990-91 to 9.41% in 2000-01 and peaked at 16.96% in 2013-14. This number has been steadily falling since then and had come down to 10.9% in 2020-21. However, imports increased at an even faster rate in the post-reform period. They went up from 7.31% of GDP in 1990-91 to 10.67% in 2000-01, peaking at 26.85% in 2011-12. While part of the trend in the recent past is explained by movement in crude oil prices, the composition of India’s trade reveals that India’s import needs have diversified beyond its energy needs. It is this deficit in more than one commodity category that increased India’s concerns about trade deals such as RCEP. While evading such mega regional trade agreements can offer short-term gains, they can also preclude growth opportunities via trade in the longer term. The other question which still requires clarity is whether growing mercantilist sentiment, even in advanced economies, will generate headwinds for export opportunities in the future.

As part of the Global South, India is a capital scarce economy. Mobilising capital for investment, which in turn triggers growth, has been the central challenge for modern economies. For a closed economy, this question had to be addressed through what has been described as the primitive accumulation of capital in classical political economy. This could take capitalist or socialist forms such as the enclosure movement in pre-industrial revolution England or forced collectivisation and turning the terms of trade against agriculture in Soviet Russia. Globalisation of capital offers an opportunity to bypass this challenge. When foreign capital comes in through the FDI or portfolio investment route, it can relieve the capital constraint by directly creating productive capacity or providing the means to do so. 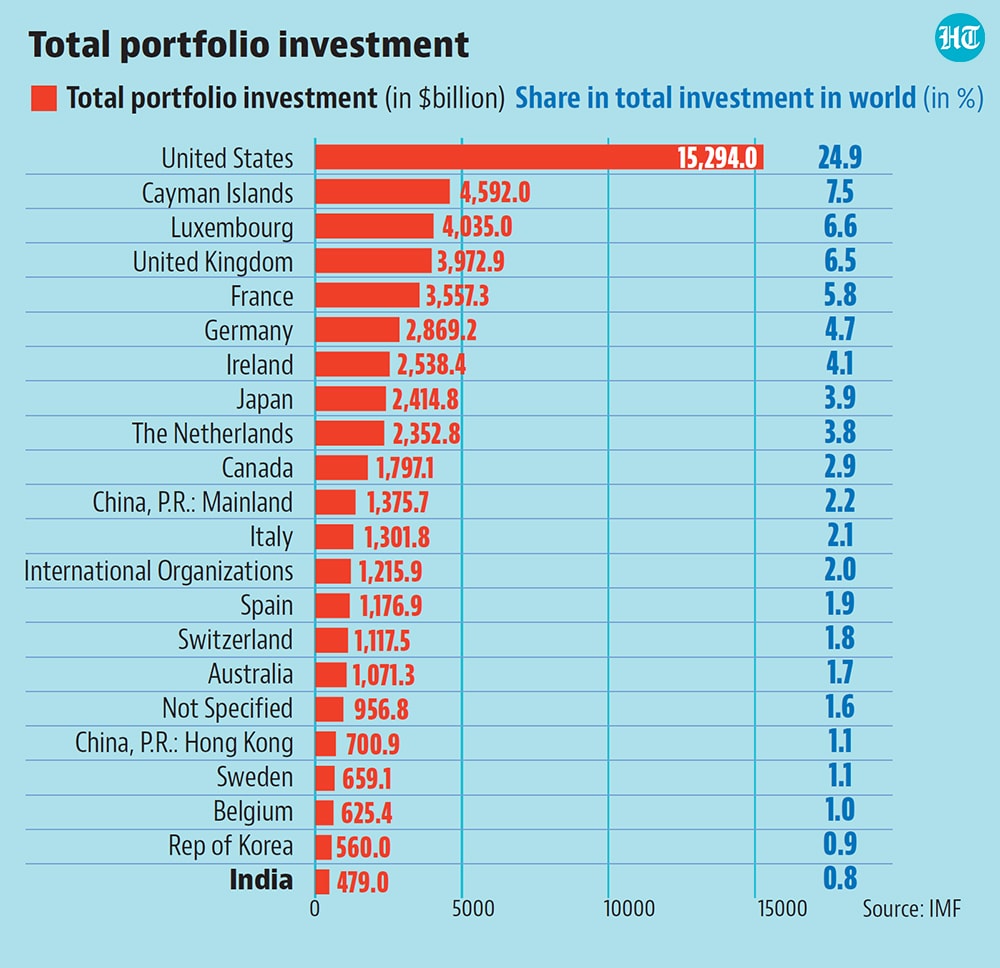 India has made significant gains on this front, but there’s more to be done. According to the United Nations Conference on Trade and Development (UNCTAD) database, the total inward stock of FDI in India was $426.9 billion in 2019. This number was $1.8 trillion for China and $9.4 trillion for the US, the largest recipient of inward FDI in the world. The Global South has an even bigger disadvantage when it comes to attracting portfolio investment, which comprises equity and debt investments. Portfolio investment, as opposed to FDI, is more mobile and can get out at short notice in search of better gains. Such large-scale exits, when they happen, can trigger financial instability and even crisis. Latest data, as of June 2020, from the IMF shows that China and India were ranked 13th and 24th in the list of countries by value of investment in portfolio assets. The share of India and China in total investments was just 2.2% and 0.8%.

While the temptation of attracting foreign capital is always there for emerging markets, they need to remember that this requires a fine balance in easing capital constraints and protecting financial sector stability. India’s conservatism in liberalising financial sector flow, especially on the capital account, has protected it from financial crisis, including the 2008 global financial crash. With interest rates at all-time lows in advanced economies, the temptation to exploit this route will be even higher now. There is much to learn from India’s policy experience of the last three decades on this front.