ADVERTISEMENT
Home / Health / Your facewash may not be safe, tiny plastic bits in it could make you ill

Your facewash may not be safe, tiny plastic bits in it could make you ill

Your favourite facewash, scrub or body wash may not be safe for you. Tiny bits of plastic in facewash and bodywash products could prove harmful for us. Microplastics used in bodywash could be harmful for those using them.

The use of facewash, scrub or bodywash can contribute to the dwindling population of fish in the rivers and lakes, a new study has found.

These personal care products use microplastic or tiny pieces of plastic,which end up in rivers through drains when they are washed off after use. This microplastic enters the food chain through fish and can even come back into the human system if people eat those fish.

A study done by a Delhi-based NGO, Toxics Link, has stated that several personal care products sold in Delhi and across India contain tiny pieces of plastics, known as ‘microplatics’ and ‘microbeads’. They are added to the personal care products for a number of reasons, such as to make the product more abrasive or for decoration.

The researchers tested 18 personal care products, including facewash and bodywash, covering 16 major consumer brands, to check whether they contain microplatics and microbeads. They were all purchased from Delhi, even though they are available across India.

“Results indicate that 28 % of all the products tested contained microplatics. At least 50% of the facewash samples and 67% of the facial scrubs were found to contain microplatics. Other products such as toothpastes and shampoos could also contain them,” said Priti Mahesh, chief programme coordinator of Toxics Link, who was a member of the research team.

TOXINS IN A TUBE 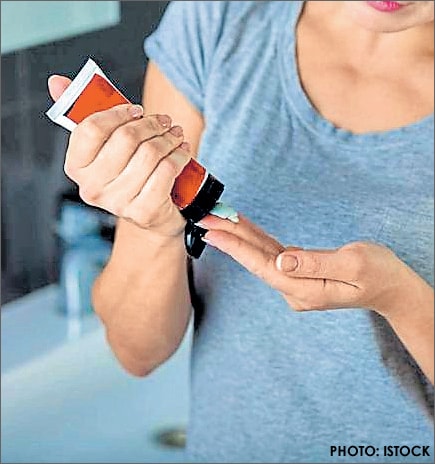 What are microplastics?
Plastic pieces that are less than five millimeters in length (or about the size of a sesame seed) are called "microplastics". If less than 1mm they are called ‘microbeads’.Where are they found?
They can come from larger plastic debris that degrades into minute pieces. They are also added as exfoliants to health and beauty products, including toothpastes. These tiny particles easily pass through water filtration systems and end up in rivers and lakes.Why are we concerned? While floating in water they attract persistent organic pollutants such as pesticides, which latch on to the beads. Fish consume them and they ultimately enter the food chain. We end up eating those fish.What is the effect on humans? No specific study has been done. Bureau of Indian Standards have classified them as ‘unsafe’. But they are still used. Many countries have banned them as it is a worldwide problem.

These tiny beads are washed down the drains when you rinse off. As they are smaller than 5mm and some even smaller than 1mm, they evade the routine filtration system at sewage treatment plants and eventually get discharged into the rivers and oceans. “Microplastics are mistaken as food particles by fish, which eat them. These particles then block the digestive tract and damage tissue systems. These particles can then travel up the food chain and reach us,” said Satish Sinha, associate director of Toxics Link.

Even though research is still going on across the globe to find out how these tiny plastic pieces can affect humans, experts said that floating plastic beads attract a range of known toxic chemicals, which also enter the food chain along with microplastics.

“Just like secondary pollutants which are formed in the air, these toxic chemicals after latching on to the microbeads also act like secondary particles. Many of these contaminants are endocrine disrupting chemicals, persistent organic chemicals and other known chemicals, which can affect even the human reproductive system,” said Alok Dhawan, director of CSIR-Indian Institute of Toxicology Research in Lucknow.

“Microplastics in a worldwide threat and is a major source of marine pollution. Even though microplastics are banned in many countries including the US and Europe, there is hardly any legislation in India. The Bureau of Indian Standards has classified microbeads as ‘unsafe’ for use in cosmetic products but it is still being allowed to use,” said Sinha.

The NGO is now planning to conduct another research to find out the presence of microplastics in the river and other water bodies.

“We would also place these report before the union government and speak with the manufacturers. There are a lot of alternatives such as bee wax, rice bran and jojoba wax among others, which would be used instead,” said Sinha.

Best oils for smooth skin and hair, their properties and how to use them