Home / India News / 8th highest rainfall in Sept, and yet a normal monsoon in 2021

8th highest rainfall in Sept, and yet a normal monsoon in 2021

This year’s monsoon season ended officially on September 30. India receives 75% of its annual rainfall during the June-September monsoon. An HT analysis of India Meteorological Department’s (IMD) database puts this year’s total monsoon rainfall at 876.8mm. IMD measures the adequacy (or the lack of it) of rainfall by comparing it with the Long Period Average (LPA) between 1961 and 2010. The 2021 figure is 2.7% more than the LPA. That makes it a normal southwest monsoon season.

To be sure, the Met department classifies rainfall within a 19% range of LPA as normal. A granular analysis of the IMD data, however, shows this year’s southwest monsoon was far from normal. Here are four charts explaining this in detail.

If we use a cricket analogy, the monsoon’s ability to reach close to the LPA is the result of some heavy hitting in the slog overs (the heavy September rainfall).

National normal does not mean local normal for rainfall

Although nationwide rainfall was normal, it was not true for all parts of the country; there was wide regional variation.

The northeast did not receive enough rainfall. In Manipur, Nagaland, Arunachal Pradesh and Assam, the rain deficit was 20% or more than the LPA. Even for Tripura and Sikkim, rainfall was below the LPA average, but the deficit was less than 20%, which is technically within the normal range.

Five states – Telangana, Delhi, Haryana, Andhra Pradesh and Tamil Nadu – received rainfall in excess of 20% of the LPA. As much as 20% of India’s districts received deficient rainfall and another 27% saw excess rains. 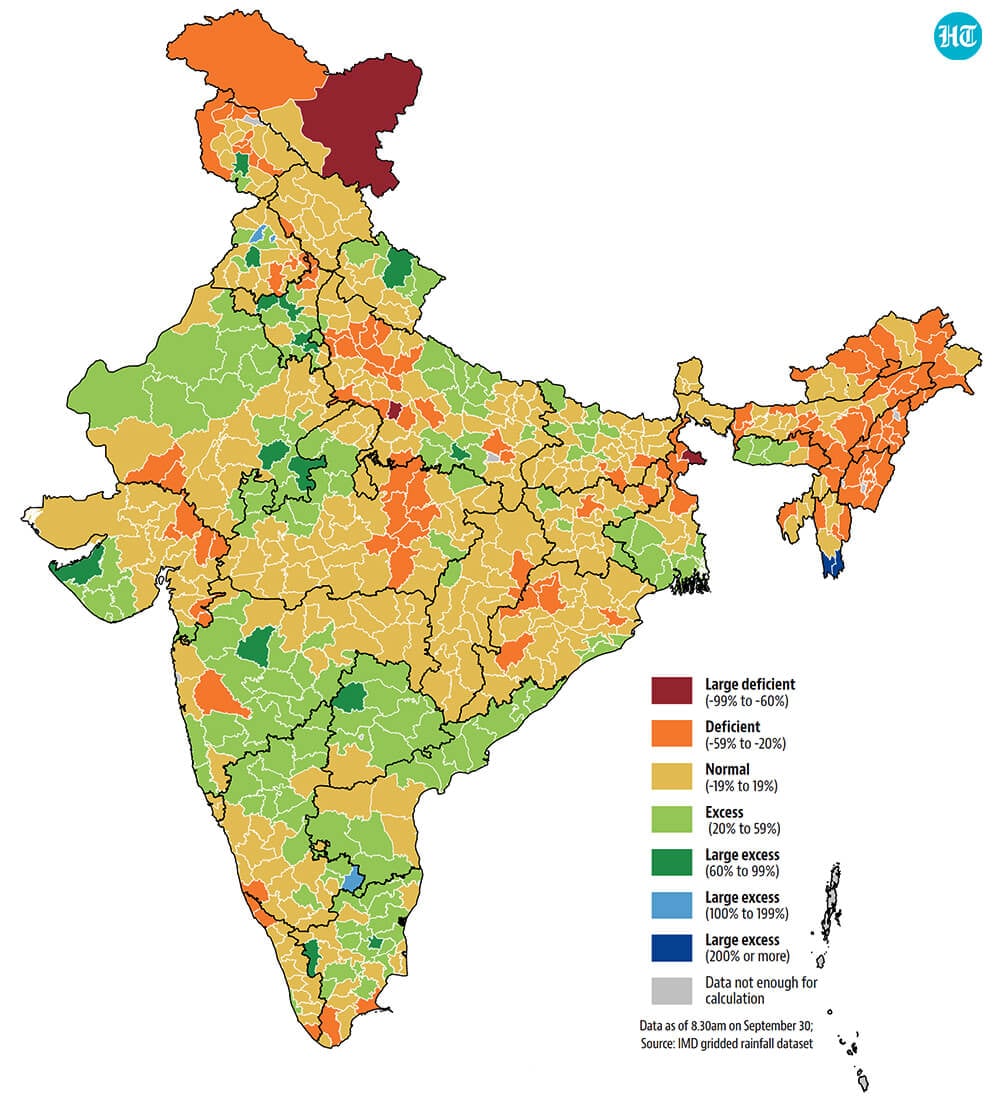 When it comes to rain, tracking quarterly, monthly or even weekly numbers is not enough. Very heavy rains in a short period of time can create huge problems such as flooding. The IMD has thresholds for such events. Rainfall between 35.5mm and 244.5mm in 24 hours is considered heavy rainfall. Rainfall above 244.5mm in 24 hours is considered extreme.

Delhi, which received 100.6mm of rainfall in the 24 hours ending 8.30am on August 21, saw one of its heaviest rainfall events in history. All 100.6mm, rainfall on the day was of heavy intensity.

Of the 14,762 monsoon days since 1901, Delhi has seen heavy intensity rainfall on 619 days out of the 6,871 days that the city recorded any rain. August 21 was the 21st highest heavy and total rainfall day among these. To be sure, the single monsoon day record for Delhi is more than double the rainfall that took place on August 21. It was set on September 16, 1963, when 212.2mm rainfall took place, all of it heavy intensity. 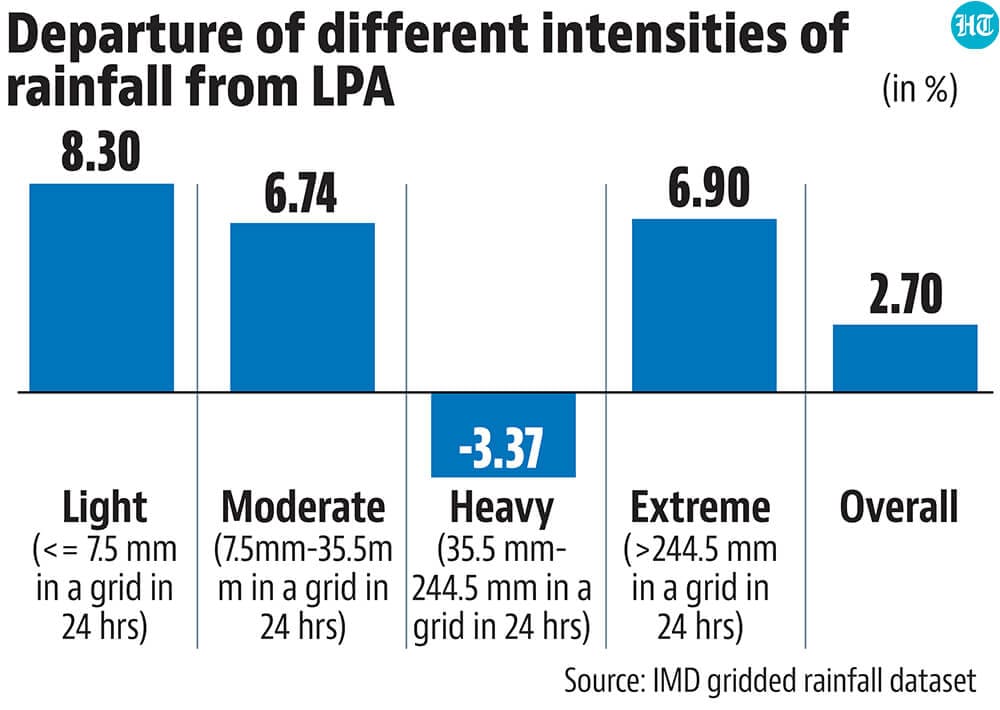 Reservoir filled up in most places after September rainfall

Water storage in the 130 main reservoirs in India had a 6% deficit on September 2, compared with last 10 years’ average, according to data from the Central Water Commission.

On September 30, there was a 4% surplus nationwide. Of the 19 states for which CWC collects data, eight still have some deficit.

The deficit is biggest in Punjab (40%), Himachal Pradesh (28%) and Odisha (11%). Reservoir levels matter a lot for agricultural production in the rabi (winter) season.

While kharif (summer) season sowing has been more than the normal sown area this year, late rains might have damaged crops in many parts of the country.