Covid-19: What Barack Obama said on Donald Trump’s handling of crisis in US 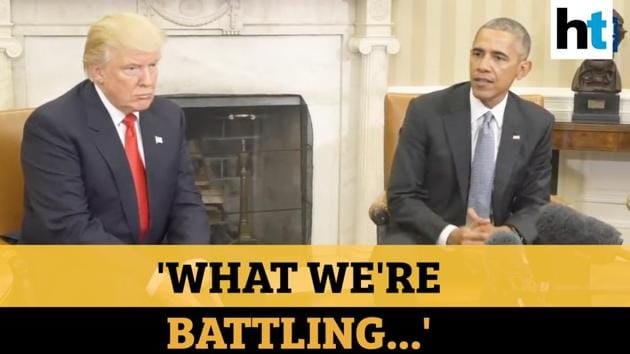 Former President of the United States of America, Barack Obama, reportedly criticised his successor, Donald Trump's handling of the Covid-19 pandemic. The country has turned into an epicentre of the Sars-Cov-2 coronavirus outbreak with over 12.4 lakh cases and over 75,000 deaths so far. Obama reportedly described the Trump administration's response to the crisis as 'chaotic', 'spotty', and 'anemic'. He was reportedly speaking to 3,000 members of the Obama Alumni Association, people who had served in his administration. Obama also sought support for Democratic Presidential candidate Joe Biden, who had served as Vice President in his administration. Watch the full video for more.

‘People not just dying of Covid’: WHO Chief scientist on India’s Covid situation

'By end of May...': Covid prediction by UP minister SN Singh, lists govt efforts

Watch: Oxygen Express with highest volume of LMO leaves from Hapa to Delhi