Punjab election: AAP tally biggest ever in the state

The median effective number of participants (ENOP, a measure of the degree of competitiveness at the constituency level measured by taking the reciprocal of the sum of squares of vote shares) in this election is 3.2, the highest in an assembly election since 1977. 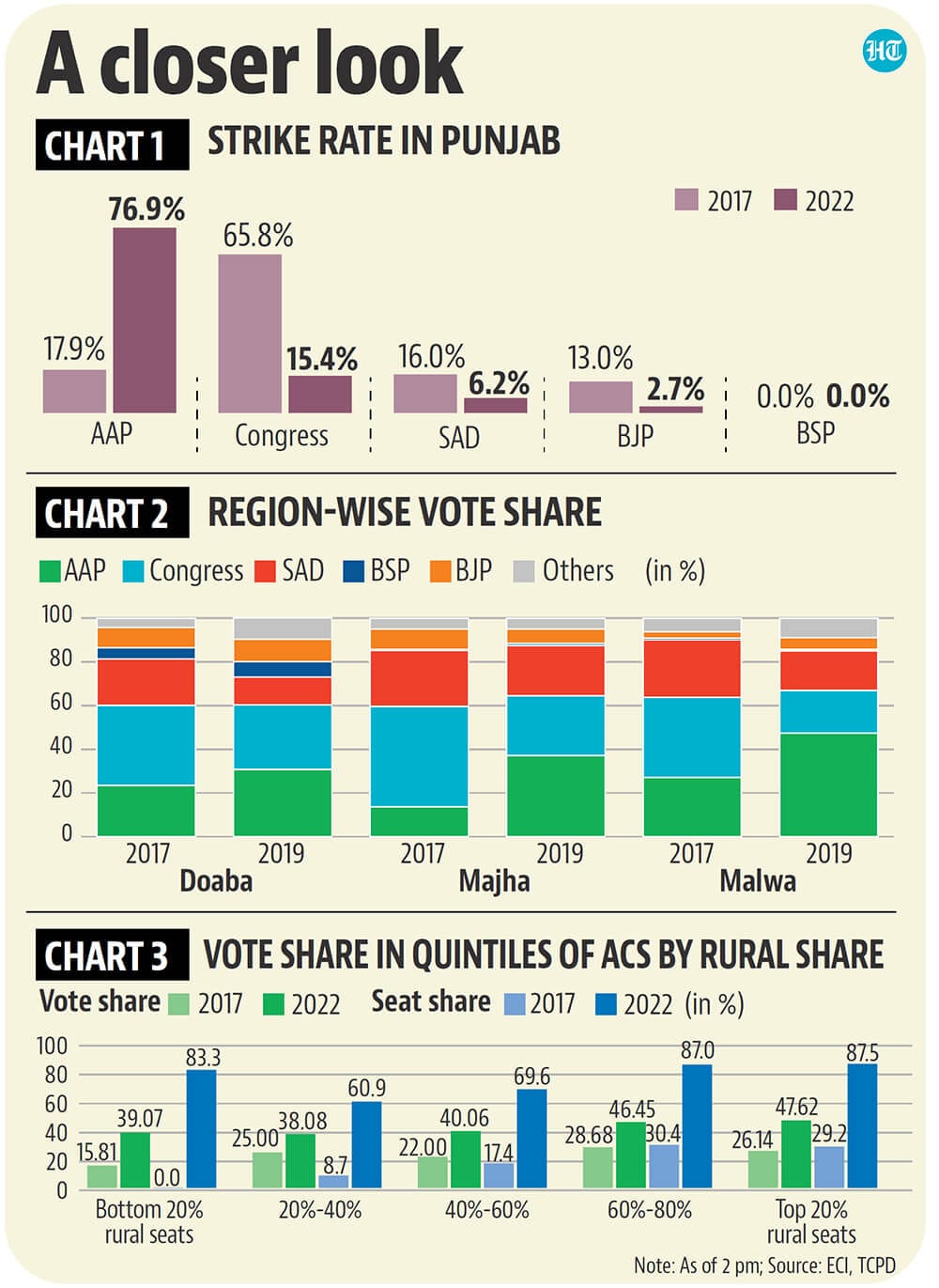 Which party did the AAP hurt the most in building this majority? Since the alliances formed in this election were new, it is useful to compare strike rates – share of contested seats won -- of parties rather than seat shares.

In the 2022 election, the strike rate of the Congress and the SAD are closer, while the BJP has fallen further behind. These trends are also true when one looks at the vote share of these parties in the seats they contested. (See chart 1)

The AAP’s best performance came in the Malwa sub-region – it accounts for 69 out of 117 seats in the assembly -- among the three sub-regions of the state. It has won over 90% of the seats in this sub-region, and could have won the state election even if it had not won any seat in the other two sub-regions. AAP’s performance in this part of the state is not completely unexpected as it performed well in this region earlier too.

However, the party made the biggest inroad in the Majha region, where it has won close to 2/3rd of 25 seats in 2022. In Doaba, which accounts for the least 23 seats, the party has won fewer share of seats than in the other two regions and registered the least proportional increase in vote share. (See chart 2)

In the 2017 election, the support for the AAP was largely rural.

In 2017, both its seat and vote share increased with the increasing rural nature of a seat – determined as such by Shamindra Nath Roy at the Centre for Policy Research using satellite data on built-up area.