Miley Cyrus and Liam Hemsworth have tied the knot at an intimate wedding on Sunday. See pictures and videos from their wedding here.

Miley Cyrus and Liam Hemsworth appear to have tied the knot amid reports the couple got married in a secret wedding ceremony. Cyrus posted three black-and-white photos of her and Hemsworth on the singer’s Instagram and Twitter accounts on Wednesday. She captioned her photos writing “10 years later ...” and “12.23.18,” possibly indicating the day they exchanged vows.

The 26-year-old Cyrus shared another photo of her and Hemsworth kissing. He also posted a photo of them with words “My love.” A video shared by Miley shows her dancing to Uptown Funk while Liam makes a video of her.

This is probably our one - millionth kiss ....

In each picture, Cyrus is dressed in all-white while the 28-year-old actor is wearing a tuxedo with white shoes.

Cyrus and Hemsworth’s representatives did not immediately respond to an email requesting comment. 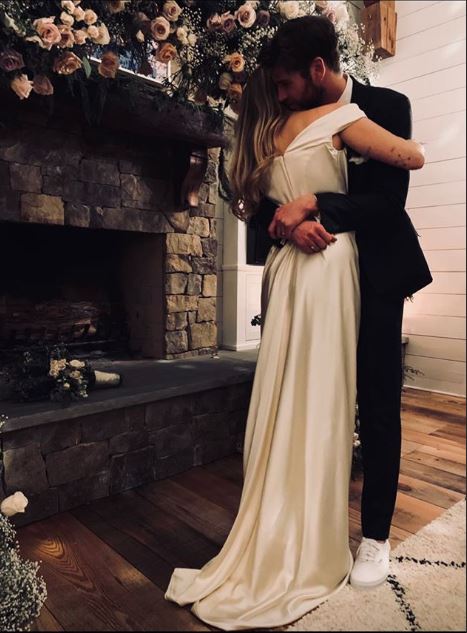 The couple reconnected in 2015 after an on-and-off relationship. They both starred in the 2010 romantic drama The Last Song.