ADVERTISEMENT
Home / Bollywood / My character in Inkaar is not a sexist, says Arjun Rampal

My character in Inkaar is not a sexist, says Arjun Rampal

When Arjun Rampal made his acting debut, there was a strong notion that models can't act. Arjun too was called stiff and wooden when he first arrived on the scene but he didn't lose

When Arjun Rampal made his acting debut, there was a strong notion that models can't act. Arjun too was called stiff and wooden when he first arrived on the scene but he didn't lose hope and only worked on improving film after film. Post films like Om Shanti Om, Rock On! and Raajneeti, people realized his true acting potential.

Arjun is now looking at newer challenges with each film that he does and his next biggie Inkaar is also a step in that direction. In this interview, Arjun talks about his initial apprehensions when Inkaar was offered to him, his character of Rahul Verma and why it's important to talk about sexual harassment at work-place that's prevalent across sectors today. 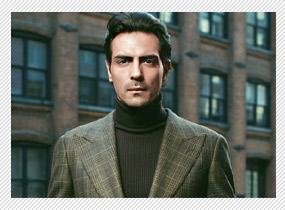 What was your first reaction when Sudhir Mishra approached you for Inkaar?

I'd always wanted to work with Sudhir Mishra because I admired him as a filmmaker. When he narrated me the script of Inkaar, I liked certain things but I also felt that the narrative was too linear and getting a bit predictable. He did agree with me and we both decided to spend some time together and make the script a bit more exciting and engaging for the audience. And I think that's what we have achieved now with Inkaar as it looks at the topic of sexual harassment at a work place from two different points of view and spanning over a period of 7 years which makes the proceedings interesting for the viewer.

Were you a bit wary about doing the film considering that it deals with a rather bold topic like sexual harassment in a work environment?

When we were starting off, we were apprehensive about how we would promote a film like this. But then I thought to myself why are we being apologetic about it? A film like this is very relevant in today's times. There are stupid politicians talking crap about girls not supposed to wear skirts and other such stupid stuff. It is important to discuss and to bring out in the open what the environment really is. I have two young daughters at home, when they come of age I would be making them aware that something like sexual harassment does exist and one needs to be careful and cautious about it. It's unfortunate that no one really talks about it. We don't talk about it in school or colleges, neither do we talk about it while being inducted in an organization. But somewhere I feel these things should be addressed. What is the dividing line really between harmless flirting and sexual harassment? 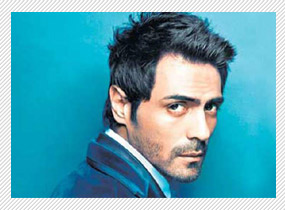 The film exposes the weaknesses that exist in the clause pertaining to sexual harassment in a work environment. The term sexual harassment can be misconstrued at times and even used against you. The law is so ambiguous that it's very interesting to play with it. Besides the sexual harassment angle, the film also deals about two characters (Rahul and Maya) who have very big egos. It's all about the power-play between them that also gets explored beautifully in this relationship between Rahul and Maya. It's also about how greed, power and ambition can blind you in the quest of your goal. In today's time such a film is relevant.

Tell us more about your character Rahul Verma

My character Rahul is the CEO of a leading ad agency. He is the one who has put this agency together and so is like the blue eyed boy of the agency. He isn't married because he likes to be alone. He is very particular about keeping things the way they ought to be. He is very comfortable in his own environment. And when someone comes into his space to bring about a change that's what makes him uncomfortable. He is not a sexist. He is not someone who looks down upon women. In fact he gives women chances to grow, he looks for good talent. He is very respected in his community and now all of a sudden he is facing this allegation of sexual harassment. Is he guilty? You will find out more when you watch the film.

A lot of senior level professionals have lost their jobs after having been accused of sexual harassment. Did you go through such real life cases while researching for your character? I know about certain CEO's who have been accused of sexual harassment and I've even spoken to some of them. It's a very sad situation. It's a mind game at the end of the day and in a way it's a double edged sword. Either the man gets the axe or the woman gets the axe. 90% of the time the man goes because everybody believes the woman's side of the story. But there are also times when a woman's case is not even heard and it's squashed and some compensation is given or an out of court settlement is done. It's very confusing when such an allegation is made. What really needs to be done is make a rule book and put down certain clauses. You may forward a vulgar joke to one your female colleagues or casually call her 'babe' and it may be taken in a different context altogether. In such a situation, unless there is a concrete rule book, one can't say who is right and who is wrong? While working in an organization, one needs to keep a control on one's emotions. While we've set our film in an ad agency, such things are happening across all industries.

This is the first time you are working with Chitrangda Singh. How's the experience been?

It's been a very good experience. Chitrangda is a very hard working actor who gives it her all. Sudhir knows her really well as they've done many films together. She takes time to warm up for a shot but then within a few takes she completely gets into the skin of the character. She has done a fantastic job in Inkaar.