Sequels are tools to register your franchise: Irrfan Khan

Irrfan says, "In the times that we live, a sequel has become a tool to register your franchise. You have to make noise to place your product. Okay, so I am not talking about Saheb Biwi...specifically but if your original film is popular then there is no harm taking the story forward."

Irrfan Khan's Saheb Biwi Aur Gangster Returns is as rooted and rustic as it gets (though Tigmanshu Dhulia continues to be amused with the connotation attached to the term 'rustic') and this time around he is the one who is entering the story as a 'gangster'.

Laughs Irrfan, "Well, it is by default that I am getting the name as 'gangster', all because the sequel has the word 'gangster' in it so I can't do anything about it. However in the film I have my own royalty attached to the lineage and I am just trying to regain that. My motive is to get this kingdom for my princess and it is my commitment to my love which makes for a very interesting element in the story." 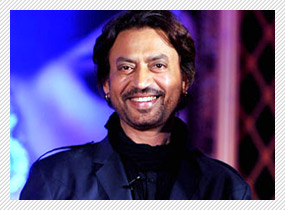 While Soha Ali Khan plays his love interest in the film, Raj Babbar plays her father. With the story pretty much beginning from where it ended in the original (when Mahie Gill took control of the kingdom after Jimmy Sheirgill was paralysed waist down), Saheb Biwi Aur Gangster Returns is thankfully coming across as a film where a sequel has been made for a reason than just a market demand.

"However, even if it helps your marketing then why not go for a sequel", asks Irrfan, "In the times that we live, a sequel has become a tool to register your franchise. You have to make noise to place your product. Okay, so I am not talking about Saheb Biwi...specifically but if your original film is popular then there is no harm taking the story forward. Moreover, Tigmanshu had an idea which led him to crack a story that was justified enough to be placed in a sequel."

While the sequel is being keenly awaited at home, internationally his career is blossoming. Even though the The Amazing Spider-Man wasn't really an overwhelming experience for him or his fans, Life Of Pi has managed to place him much better on the international map. With two of his films (including Slumdog Millionaire) with an Oscar stamp next to his name, he is indeed enjoying this special feat.

"Oh of course yes, it always encourages you", immediately says Irrfan, "It makes you feel good about a film's strengths. Oscar is one of the awards which is highly reputed and carries a definite weight to it. If you get it then your market gets affected in a right and positive way. Oscar awards have managed good credibility over the years. Leave aside winning an Oscar, even if you are nominated for it, the tag of 'Oscar nominated' gets attached to your name for life. That's motivating enough."