ADVERTISEMENT
Home / Bollywood / Will not sign movies till my baby arrives: Imran Khan

Will not sign movies till my baby arrives: Imran Khan

He has been in the industry for nearly seven years, but Imran Khan has largely stayed away from the spotlight. But Imran isn’t worried because he has a lot to look forward to. He tells us about his plans in this interview.

He has been in the industry for nearly seven years, but Imran Khan has largely stayed away from the spotlight. The actor seems to have gone deeper into his shell after the failure of his last release, followed by reports of his animosity with producer Ekta Kapoor. But Imran isn’t worried because he has a lot to look forward to. He tells us about his plans in this interview.

Why are you maintaining such a low profile these days?
I don’t know what to talk about. If I sign a film right now, it will be in the middle of my baby’s arrival process (his wife Avantika is due in June). I can’t do that because I want to be there (when the baby is born). I don’t see the need to take up too much work at the moment. I had three releases last year and have been working non-stop. I have a project with Nikhil Advani next, for which we begin work in July-August.

So many newcomers have been launched after you and the younger lot is quite aggressive when it comes to signing films. Aren’t you worried about being overshadowed by them?
I don’t fear disappearing. Every actor has his own way of doing things. Once you are a public figure and people know your face, they won’t forget you even after 25 years. So why worry? I’m happy taking it easy and doing things at my own pace. 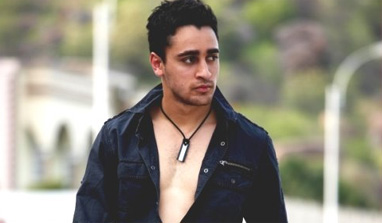 Do you discuss your plans with your uncle, Aamir Khan?
We don’t discuss work unless I’m doing a film that’s under his banner. We meet only at family events and that’s more of a personal thing. We don’t discuss movies. He has no clue what I’m doing with regards to work.

Why did you recently walk out of director Vikramaditya Motwane’s much-talked-about project.
I have no issues with Vikram. We parted ways mutually and on a good note. If something else comes up in the future, I have no problem working with him. I wish him good luck for this one.

When a film doesn’t do well, does it bother you too much?
It’s always a downer; it’s extremely upsetting. And it hits you hard because, as an actor, you believed in the script, invested your time in it and put in effort. How’s your wife’s pregnancy coming along?
It’s physically uncomfortable for her. She has put on a lot of weight and her back hurts. She gets short of breath too. The whole thing (pregnancy) sounds like a really tough process and every time I see her, I feel, ‘Wow! This doesn’t look fun at all.’

You’ve recently dubbed for the Hindi version of the Hollywood animation film, Rio 2. How was the experience?
It was a lot of fun. When you’re dubbing for an animated film, there are no restrictions. When you’re dubbing for something like this, you have the freedom to play around with your voice and give cartoon-like effects that you can’t do otherwise. I loved part one of the film, so I was very much in line with the character. Moreover, the character’s sense of humour is similar to mine — very deadpan and socially awkward. So it felt quite easy.