The WMO released a report that highlights the impact of disasters linked to climate change in India. The development came just days before a UN-led summit on the climate crisis, COP26, starts in Glasgow

India lost $87 billion last year due to natural disasters such as tropical cyclones, floods and droughts, according to the World Meteorological Organization’s (WMO) “State of the Climate in Asia” report released on Tuesday. The development came just days before a UN-led summit on climate change, COP26, starts in Glasgow, Scotland.

The disasters that hit India resulted in an average annual loss (AAL) of several hundred billion dollars, as estimated by the United Nations Economic and Social Commission for Asia and the Pacific (ESCAP), which the WMO referred to in its report.

China recorded the highest loss, at $238 billion, followed by $87 billion in India and $83 billion in Japan. The highest AALs were associated with drought, the WMO said. 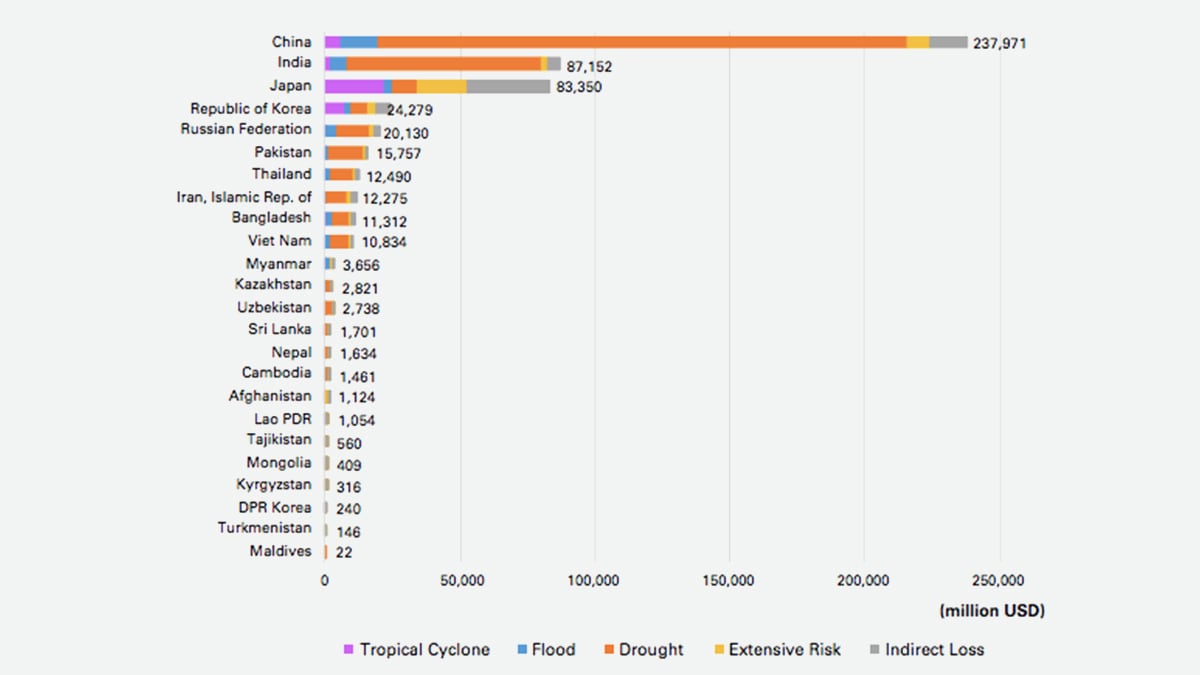 The report also highlighted the impact of climate change days ahead of the COP26 UN summit that begins on October 31, saying that last year was the warmest year on record in Asia with a mean temperature 1.39 degrees Celsius above the 1981-2010 average.

There were many heat extremes, including an all-time record of 38 degrees Celsius at Russia’s Verkhoyansk, which is the highest temperature recorded anywhere north of the Arctic Circle, according to the report.

The South and East Asian summer monsoons were both unusually active last year, combined with frequent tropical cyclones, caused floods and landslides, leading to loss of life and displacement in many countries.

Cyclone Amphan, one of the strongest cyclones recorded in recent times, hit the Sundarbans region in India and Bangladesh in May 2020, displacing 2.4 million people in India and 2.5 million people in Bangladesh, the report said, adding that intense cyclones, monsoon rains and floods hit densely populated areas in South Asia and East Asia, and led to the displacement of millions of people in India, China, Bangladesh, Japan, Pakistan, Nepal and Vietnam last year. 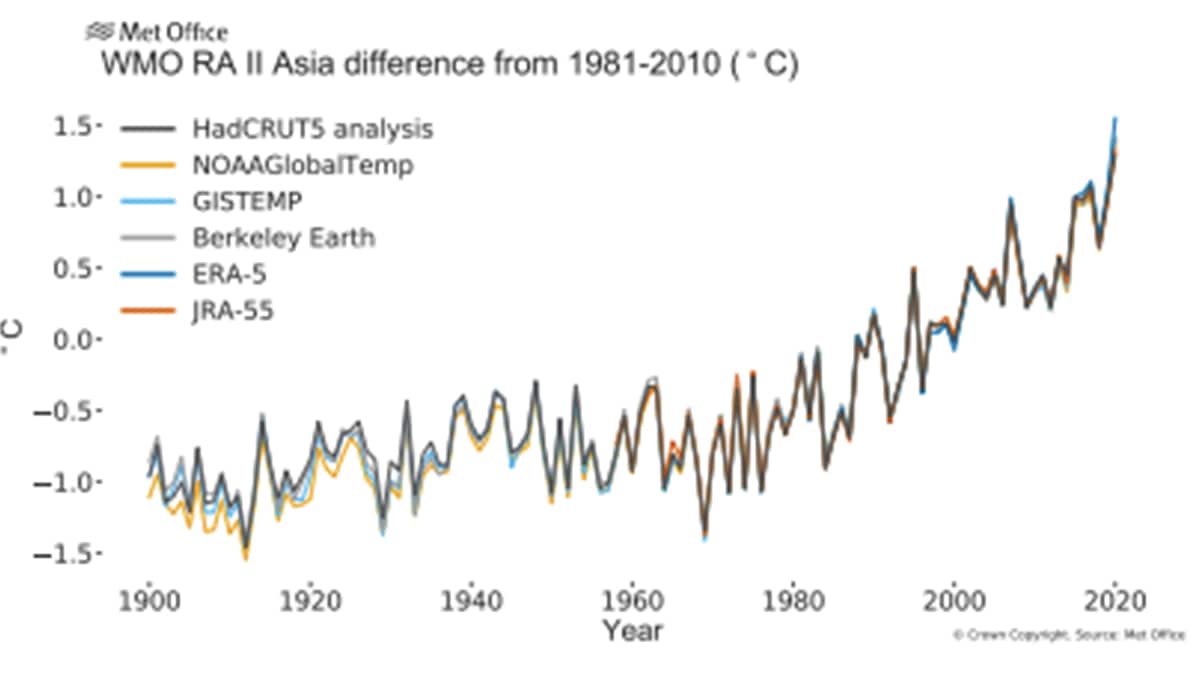 Sea surface temperatures in parts of the Arctic Ocean have also been warming at three times the global average during the 1982-2020 period, the WMO said, identifying Barents Sea in the northern Arctic as a climate change hotspot.

Arctic sea ice minimum extent after the summer melt in 2020 was the second lowest on record since 1979. The Eurasian shelf seas and the Northern Sea Route were completely ice-free in summer, yet again pointing to the deepening impact of climate change.

Progress on food security and nutrition has also slowed down, the report says. Last year, 48.8 million people in Southeast Asia, 305.7 million in South Asia and 42.3 million in West Asia are estimated to have been undernourished.

“The true impact of Covid-19 on food security and nutrition are yet to be established. But compared with 2019, the number of undernourished people in 2020 increased 6% in Southeast Asia and West Asia, and by 20% in South Asia. Climate-related disasters compounded the problem,” the report said.

“Weather and climate hazards, especially floods, storms and droughts, had a significant impact in many countries of the region, affecting agriculture and food security, contributing to increased displacement and vulnerability of migrants, refugees and displaced people, worsening health risks, and exacerbating environmental issues and losses of natural ecosystems,” said WMO secretary-general Petteri Taalas in reference to the report.