Out of 226 witnesses who deposed in the case, 66 turned hostile and didn’t support the prosecution in the Mecca Masjid blast trials. A special NIA court on Monday acquitted five suspects, including Aseemanand, in the case.

As many as 66 of 226 witnesses turned hostile after deposing in court in the Mecca Masjid blast trials, delivering a crippling blow to the prosecution in the 11-year-old case that saw a special anti-terrorism court acquit five suspects on Monday in the absence of evidence.

According to an official associated with the prosecution, there were 304 witnesses in the case but 78 of them were dropped as they were formal witnesses and their deposition didn’t have a bearing on the judgment.

“Out of 226 witnesses who deposed in the case, 66 turned hostile and didn’t support the prosecution. We will have to see the copy of the judgment to find out how it weakened National Investigation Agency’s (NIA) case. But 66 is big number, bound to affect the prosecution’s case,” said the official.

Those acquitted on Monday includes Swami Aseemanand, a Hindu leader who had earlier confessed his role in the bombing that ripped through the four-century-old mosque during Friday prayers on May 18, 2007, killing nine people. He retracted his statement later, saying he did so under duress.

Trials in most cases related to alleged terrorist activities by Hindu groups had weakened because witnesses turned hostile.

As many as 26 of 149 witnesses turned hostile in the trial after the Ajmer Sharif bombing in which three people were killed when a bomb went off during iftaar on October 11, 2007.

The NIA could secure conviction of only three accused — Devendra Gupta, Bhavesh Patel and Sunil Joshi, who died before the trial — because almost all witnesses who recorded their statements before a magistrate under Section 164 of the Criminal Procedure Code (CrPC), turned hostile, investigators said. Seven suspects, including Aseemanand, were acquitted in the Ajmer case.

Recording statements before a magistrate gave the witnesses higher judicial sanctity in comparison to a statement recorded by a police officer. This was followed in the Mecca Masjid blast too. But the NIA found that at least three witnesses in the September 2008 Malegaon blast turned hostile despite giving their statements before a magistrate under Section 164 of the CrPc. Almost all witnesses told the NIA that police forced them to give their statements.

That led the agency to drop charges against Sadhvi Pragya Singh Thakur, a key accused in the case.

The trial in the Samjhauta Express train blasts, another case linked to alleged Hindu terrorism, weakened because witnesses retracted statements. The blasts in the Delhi-Lahore train in February 2007 killed 68 people, mostly Pakistanis. “In all, NIA cited 299 witnesses in the Samjhauta case. Of them, 209 deposed and 42 turned hostile so far,” said the prosecution official.

Experts suggested a witness protection regime to stop them from changing their statements. “If a trial drags on for years, the chances of witnesses turning hostile grow. Besides, we need to have a witness protection legislative framework,” says NR Wasan, a former Bureau of Police Research and Development chief.

’Right-wing extremism’: A status check
A National Investigation Agency (NIA) court on Monday acquitted all five accused in the 2007 Mecca Masjid blast case in Hyderabad. The blast, which occurred during Friday prayers, killed nine people and injured 58 others. Five others were killed in police firing in the violence that followed the blast. Here is a look at the status of other investigations allegedly involving Hindu extremists 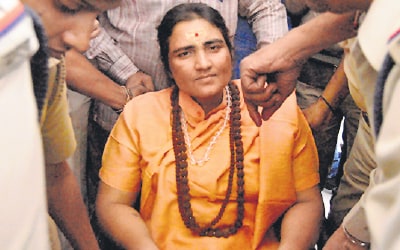 Malegaon & Modasa blasts, 2008
Thank you for subscribing to our daily newsletter.
tags

Who planted the bomb? Tracing the twists in Mecca Masjid blast case probe