Shiv Sena chief Uddhav Thackeray arrived in Ayodhya on Saturday for a two-day visit amid a clamour among Hindu outfits for bringing an ordinance to build Ram temple.Thackeray will be performing an evening maha aarti on the banks of river Sarayu on Saturday and the next day will visit the site of Ram temple in Ayodhya, said reports.12 Vibhag Pramukhs/Vibhag Sanghataks (office-bearers) of the party have been tasked with organising “maha aartis” (grand prayers) simultaneously at 6 pm Saturday at several temples in Mumbai to coincide with Thackeray’s Ayodhya visit.Follow Live updates here:

Want to know the date when the temple will be built: Uddhav Thackeray

Want to know the date when the temple will be built, asks Uddhav Thackeray.

The Shiv Sena chief says, “How many years will we have to wait, generations have gone by... first tell us when the temple will be constructed. During Atal Bihari Vajpayee’s time, it might have been little difficult but today’s government is powerful.. if you want to bring in ordinance bring it or if you want to make a law, do it .”

Army should be brought in Ayodhya, if required: Akhilesh Yadav

Ahead of the Dharam Sabha being held in Ayodhya Sunday to push for the construction of a Ram temple, Samajwadi Party chief Akhilesh Yadav has said if required the Army should be deployed in the town.

“The Supreme Court should take notice of the situation in Uttar Pradesh. It should seriously consider the matter and bring in the Army, if required... as the BJP and its allies can go to any extent,” Yadav told reporters.

A silver brick is handed over for Ram Mandir by UP unit of Shiv Sena. Mahant Nritya Gopal Das, head of Ram Janmabhoomi Nyas, also arrives at Lakshman Quila ground.

Drone has been deployed at venue.

All roads to Ayodhya sealed

A large posse of police accompanied Uddhav Thackeray’s cavalcade. All roads to Ayodhya have been sealed. Barricades have been put up at three places and no one is being allowed to enter Ayodhya from Faizabad.

Uddhav Thackeray reaches Lakshman Quila ground where he will seek blessings of Ayodhya saints and is expcted to address the gathering. He’s accompanied for by his wife Rashmi and son Aditya.

Thackeray will perform Vedic rituals to seek blessings of the saints.

Thackeray leaves for Lakshman Kila. He is on a two-day visit to Ayodhya. Shiv Sena will hold an event in the city tomorrow over the issue of RamTemple, reports news agency ANI.

“UP government and district administration have done elaborate security arrangements. Our goal is that programmes are held peacefully and Supreme Court’s guidelines to maintain status quo isn’t violated. Heavy deployment have been made,” said ADG (law & order) Anand Kumar on VHP and Shiv Sena’s separate events in Ayodhya over Ram temple.

Bring a law for Ram mandir or else people will start building it on their own: Baba Ramdev

“People have lost patience. Bring a law for Ram mandir or else people will start building it on their own. If people do that, communal harmony could be disturbed. I believe there is no opposition to Ram in country, all Hindus, Muslims & Christians are his descendants,” said Yog Guru Baba Ramdev.

Shiv Sena chief Uddhan Thackeray has arrived in Ayodhya for a two-day visit.

UP minister OP Rajbhar on Saturday supported Akhilesh Yadav’s statement that the should be brought in Ayodhya.

“I welcome Akhilesh’s statement. Section 144 is imposed in Ayodhya, yet the administration is letting people gather there, it means they have failed. The army should be brought,” he said.

Samajwadi Party chief Akhilesh Yadav had said on Friday that theSupreme Court should take notice of the situation in Ayodhya and bring Army.

“The BJP does not believe in either the Supreme Court or the Constitution. The BJP can go to any extent. The kind of environment there is in Uttar Pradesh, especially in Ayodhya, the Supreme Court should take notice of it and bring Army, if necessary,” said Akhilesh Yadav.

Shiv Sena chief leaves for Ayodhya for a two-day visit

Shiv Sena chief Uddhav Thackeray leaves from his residence. He will reach Uttar Pradesh’s Ayodhya on Saturday for a two-day visit.

VHP and Shiv Sena will hold separate events in the city on Sunday over the matter of Ram temple. 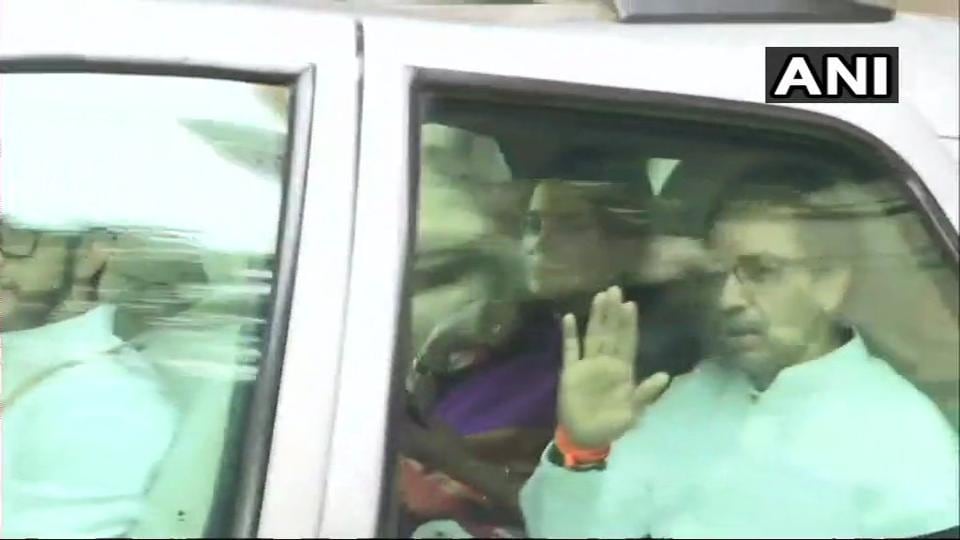 The Uttar Pradesh police has deployed a legion of officers to preserve the law and order situation in Ayodhya ahead of the Vishwa Hindu Parishad’s (VHP) ‘Hunkar Sabha’ event, scheduled for Sunday. Big billboards have come up across Ayodhya for Shiv Sena’s event. 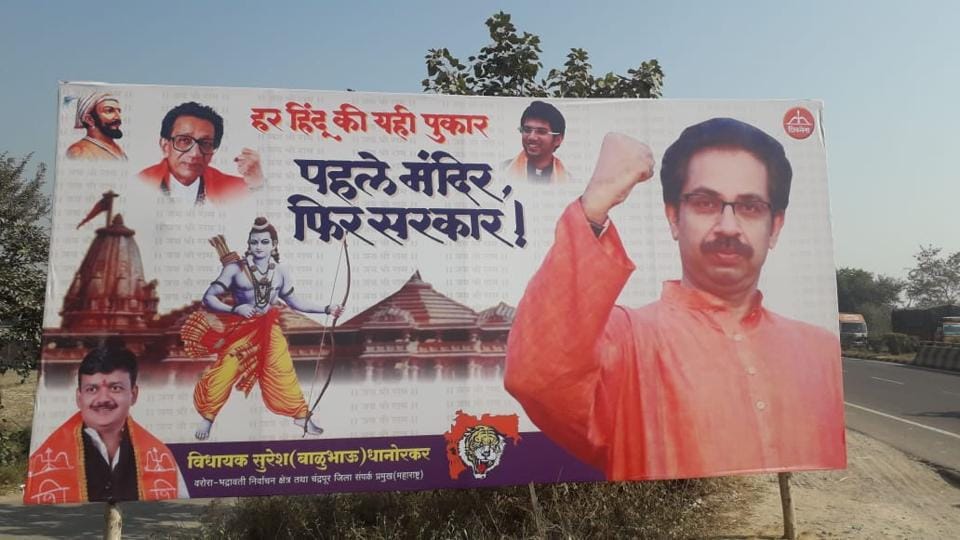 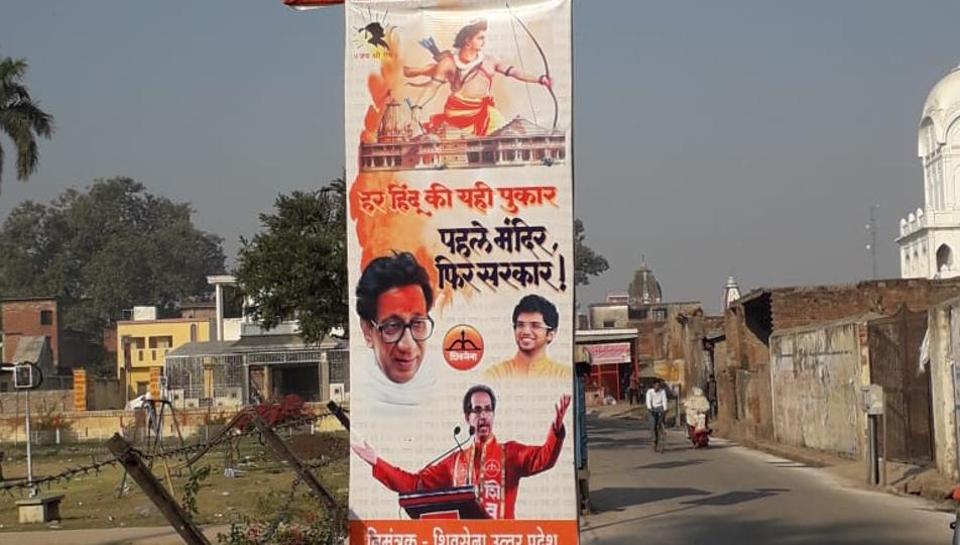 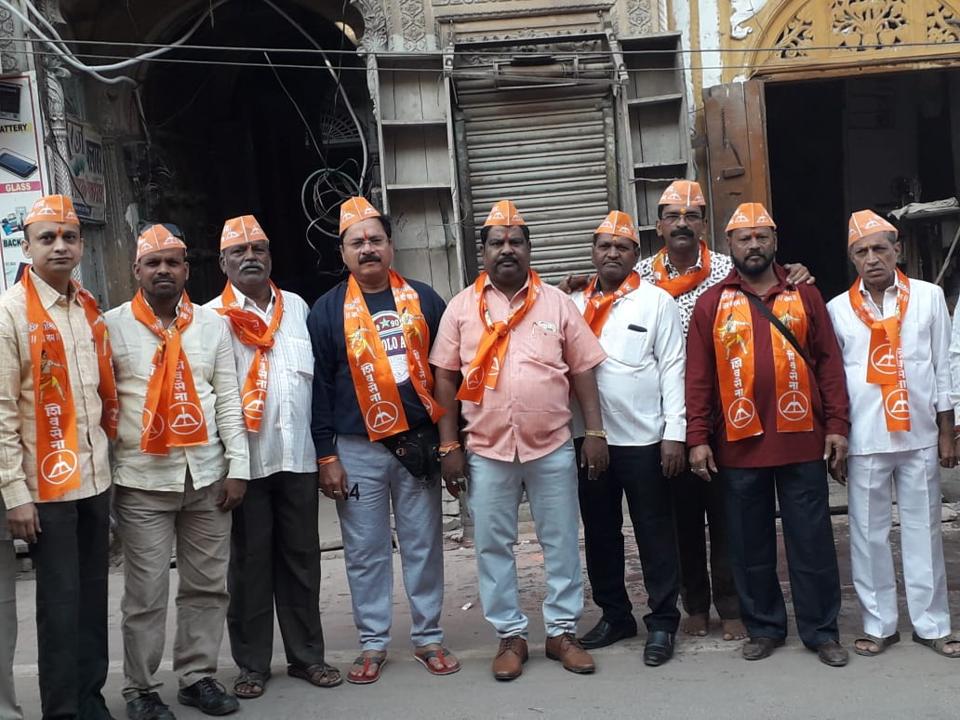