Aladdin new trailer: Will Smith ditches the blues for a Bollywood-style dance number

A new Aladdin trailer has dropped and Will Smith and co. are in a major drive to erase all memory of the poorly received first trailer.
Share Via
Copy Link
Hindustan Times | ByHT Correspondent, New Delhi

Soon after the worrying response to the first trailer for Aladdin, Disney has dropped another trailer ahead of the film’s May release. The new trailer offers fans of the original animated film loads of nostalgic nods, heaps of colourful action, and even a Bollywood style song-and-dance number.

But most importantly, the new trailer actually shows the beloved characters in action. Mena Massoud retains his American accent in the lead role, Naomi Scott has fewer lines but several moments to look regal in her intricate costumes, but Marwan Kenzari is still a little underwhelming as the villainous Jafar.

Fortunately for fans, though, Disney seems to have assigned all its resources in finishing the CGI on Will Smith’s Genie, a character that was almost universally derided when the last trailer dropped. A point of contention might be the amount of time he seems to spend in human form, and not his iconic blue.

Also read: Aladdin’s new trailer is out and Twitter thinks it looks like a low budget Bollywood movie. Watch here

Directed by Guy Ritchie, who brings his singular flair for fast-paced, visceral action to Agrabah, Aladdin is written by John August and Ritchie. The film also stars David Negahban as the Sultan; Nasim Pedrad as Dalia and Billy Magnussen as Prince Anders.

Disney also debuted the first theatrical poster for the film, which you can check out here: 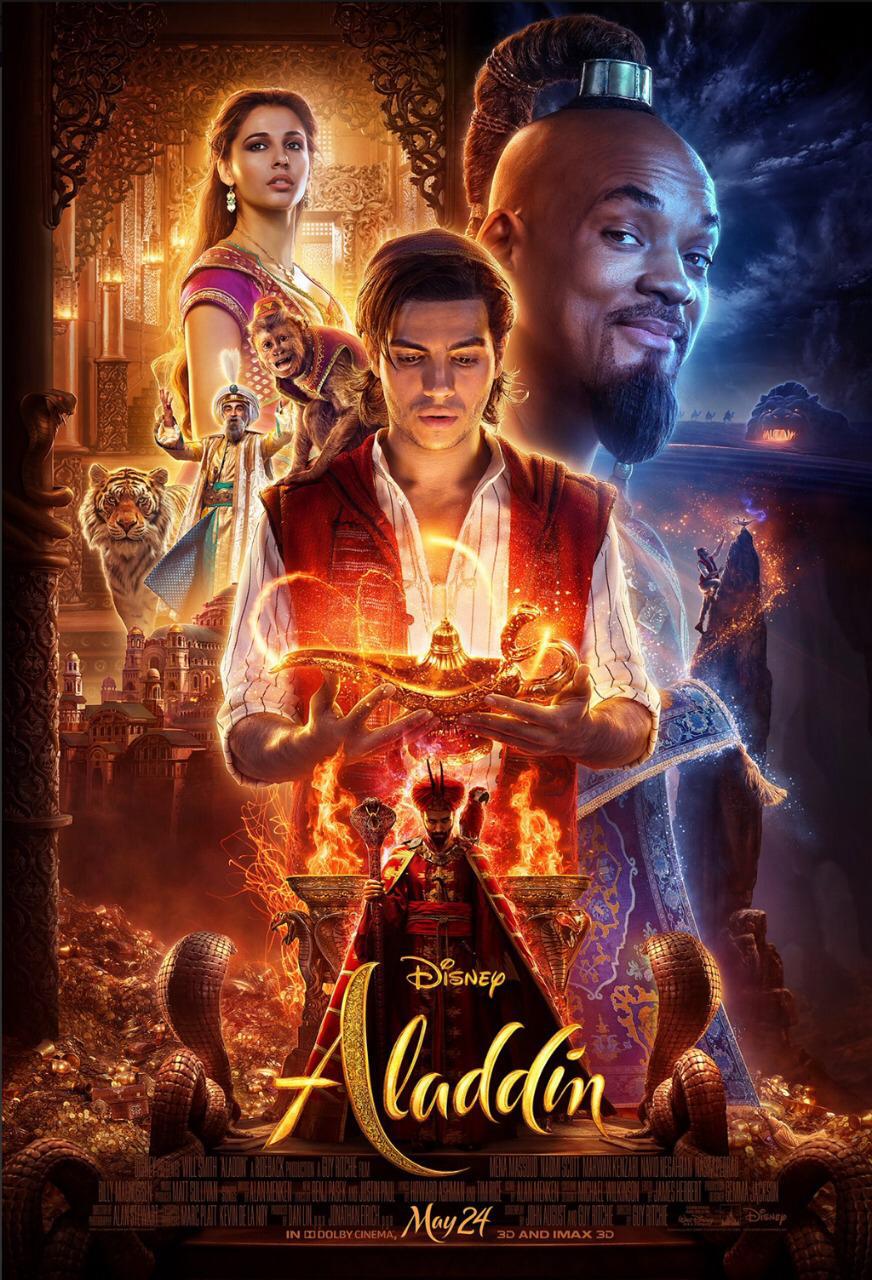 The film is the latest in this new wave of live-action remakes of classic Disney animated films, which include Cinderella, Beauty and the Beast, The Jungle Book, Maleficent and Dumbo, which releases this month. The studio also has a live-action Lion King and Mulan in development, as well as a sequel to the Jungle Book.