The Andhra Pradesh government has put seven coastal districts of Guntur, Krishna, West Godavari, East Godavari, Visakhapatnam and Srikakulam on high alert in the wake of the predictions over cyclonic storm Phethai.The Indian Meteorology Department has predicted that it would hit the coasts of Andhra Pradesh on Monday afternoon, bringing heavy rains to the state and parts of Odisha, Tamil Nadu and Jharkhand.Teams of National Disaster Response Force (NDRF) and State Disaster Response Force (SDRF) were already deployed in the districts likely to be impacted by the cyclone.Follow LIVE updates here:

Eastern Naval Command has dispatched Ships Jyoti and Shakti to Kakinada for the Cyclone Rescue Operation. INS Shakti with diving, medical teams and Humanitarian Assistance and Distress Relief stores along with a UH3H helicopter is being sailed out from Visakhapatnam to Kakinada, according to news agency ANI.

Cyclone Phethai is expected to weaken into depression tomorrow, with heavy rains in Odisha and WestBengal, according to private weather forecast agency Skymet Weather.

Panchayat Raj and Rural Development teams along with the disaster management teams are clearing drains, roads and sideways in the villages affected by Cyclone Phethai. 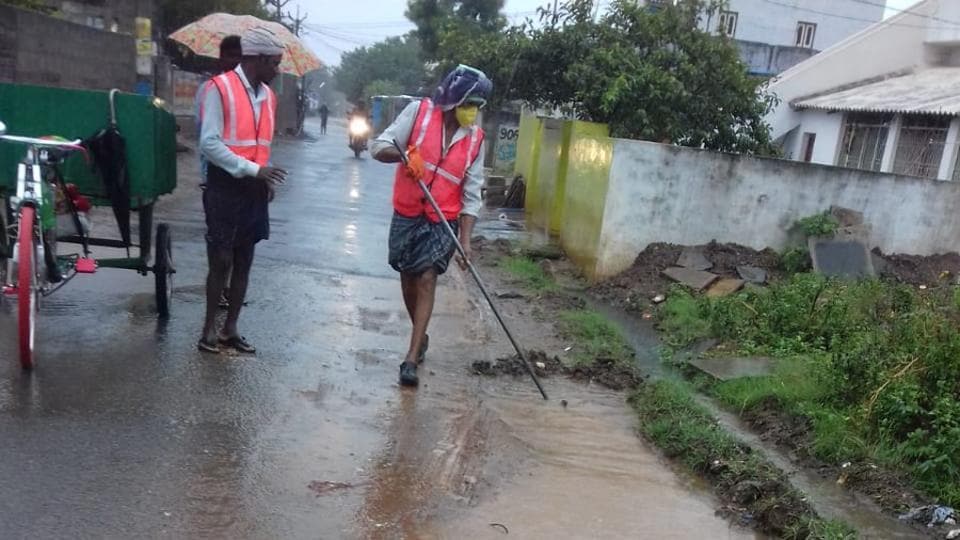 Restoration work has started in the villages of Andhra Pradesh following the landfall of Cyclone Phethai. 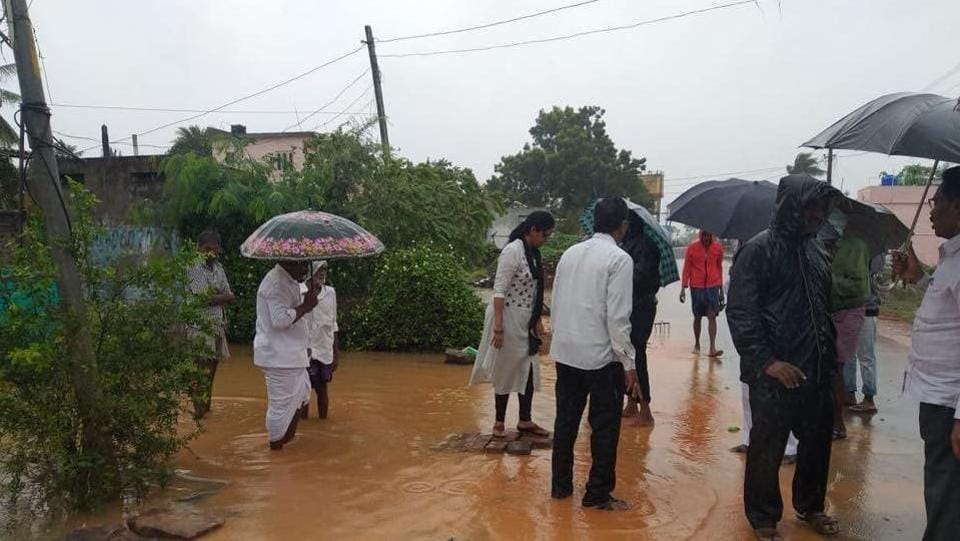 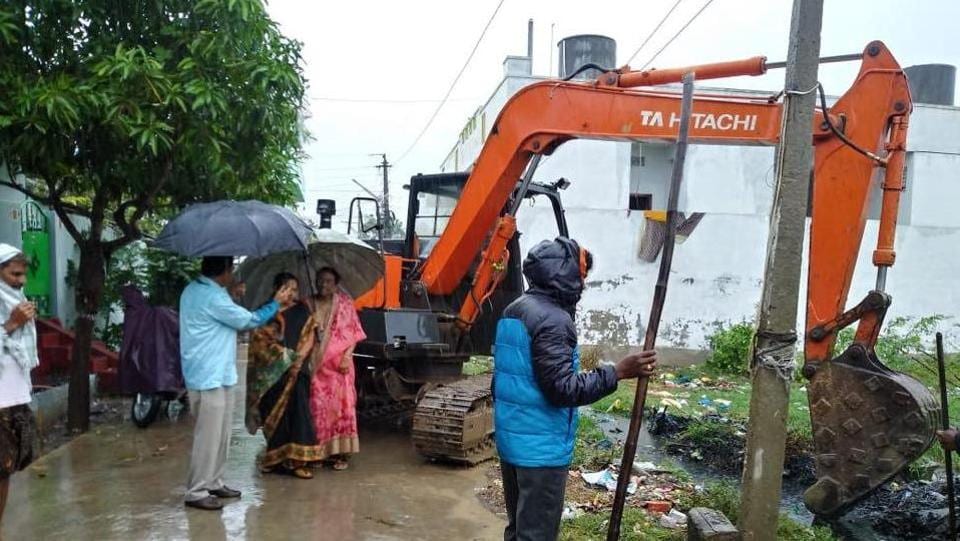 Restoration work has started in the villages of Andhra Pradesh following the landfall of Cyclone Phethai. ( ANI Photo/Twitter )
3:44 pm IST

Woman killed in Godavari district due to squally winds

A woman died due to squally winds in East Godavari district of Andhra Pradesh. The woman was identified as Rellivalasala Veeramma (68) of Pallepalem.

Mercury dips in Jharkhand due to cyclone Phethai

Jharkhand witnessed cold weather on Monday due to incessant rains in the state, a weather official told IANS.

“Jharkhand is receiving moderate to heavy rainfall due to a cyclone which will hit the Andhra Pradesh coast on Monday afternoon,” RS Sharma, Ranchi meteorological scientist told the news agency.

One person dies due to landslide in Vijayawada

A person identified as Durga Rao (40), a resident of Christhurajanpuram died due to a landslide early on Monday, the police said.

A boulder from the hilltop rolled over his tiled house and hit him in the head while sleeping by piercing through the rooftop.District collector announced an ex-gratia of Rs 50000 to the victim’s family.

Cyclone ‘Phethai’ made landfall in East Godavari district of Andhra Pradesh Monday afternoon bringing moderate to heavy rains even as normal life remained hit in the coastal districts of the state.

The Real-Time Governance Centre at the state Secretariat here announced that ‘Phethai’ weakened into a cyclone as it made landfall near Katrenikona around 12.25 pm with a wind speed of 80 kmph.

Educational institutions in the coastal districts of Andhra Pradesh have been closed today as a precautionary measure.

Cyclone Phethai has made landfall

Weather agency Skymet has said that Cyclone Phethai has just now made its landfall between Narsapur and Kakinada in Andhra Pradesh.

#CyclonePhethai - Cyclone Phethai has just now made its landfall between Narsapur and Kakinada in Andhra Pradesh. @htTweets @scroll_in

Kolkata, which has had an overcast sky since Sunday with intermittent drizzles, is likely to experience light to moderate rain, MeT department said.

The system is likely to cause widespread rain in all districts of Gangetic West Bengal, with heavy rain in one or two places till Tuesday morning, it said.

Four districts in South Odisha have been experiencing rain since Sunday evening due to the cyclone, while Gangetic West Bengal is likely to experience heavy rain till Tuesday morning, the meteorological (Met) department said.

Over 50 trains cancelled in Andhra Pradesh

The South Central Railway has cancelled over 50 trains in coastal Andhra Pradesh in view of severe cyclonic storm Phethai, which is set to hit the coast near Kakinada on Monday afternoon. Many trains from Vijayawada to various destinations in coastal Andhra were suspended as a precautionary measure.

Stranded fishermen located, yet to be rescued

East Godavari Superintendent of police Vishal Gunni told Hindustan Times that frantic efforts by officials for several hours helped to locate them at last “ they are all safe taking shelter in an oil and natural gas corporation (ONGC) rig near bhairavavanipalem in East Godavar district and they are to be rescued”, the SP said.

Fish, prawn casualties due to drop in oxygen levels

Fish and prawn reported heavy casualties in Krishna, West Godavari and East Godavari districts due to drop in oxygen levels in ponds because of a sudden drop in temperatures.

An official of the cyclone warning centre in Visakhapatnam said the cyclonic storm Phethai had weakened slightly. “It’s located about 160 km southeast of Machilipatnam and 190 km south of Kakinada, and is likely to move in northerly direction and cross Kakinada by this afternoon,” he told ANI.