India’s space station will be an extension of the Gaganyaan mission — the human spaceflight programme — and will help in carrying out microgravity and biological experiments. It is likely to weigh 20 tonnes, much less than ISS’s 419 tonnes.

A day after announcing the launch date of India’s lunar mission, Chandrayaan-2, the Indian Space Research Organisation (ISRO) announced its intention to set up a space station by 2030, after the completion of its human spaceflight mission, Gaganyaan, slated for December 2021. However, experts HT spoke to said budgetary allocation is the main concern.

“Having our own space station in five or seven years is not a simple thing. The Chinese have been working on it for a long time and they do not share the resource constraints like us, once there was political will their space programme received ample funding,” said Rajeswari Rajagopalan, head of the nuclear and space policy initiative at Observer Research Foundation.

At present, the International Space Station (ISS), which is owned by a consortium of nations, is the only habitable station. The total estimated cost of the ISS, which was a joint collaboration of the space agencies of the United States, Russia, Japan, Europe, and Canada, was USD 150 billion. China’s space station, Tiangong, is in the works. 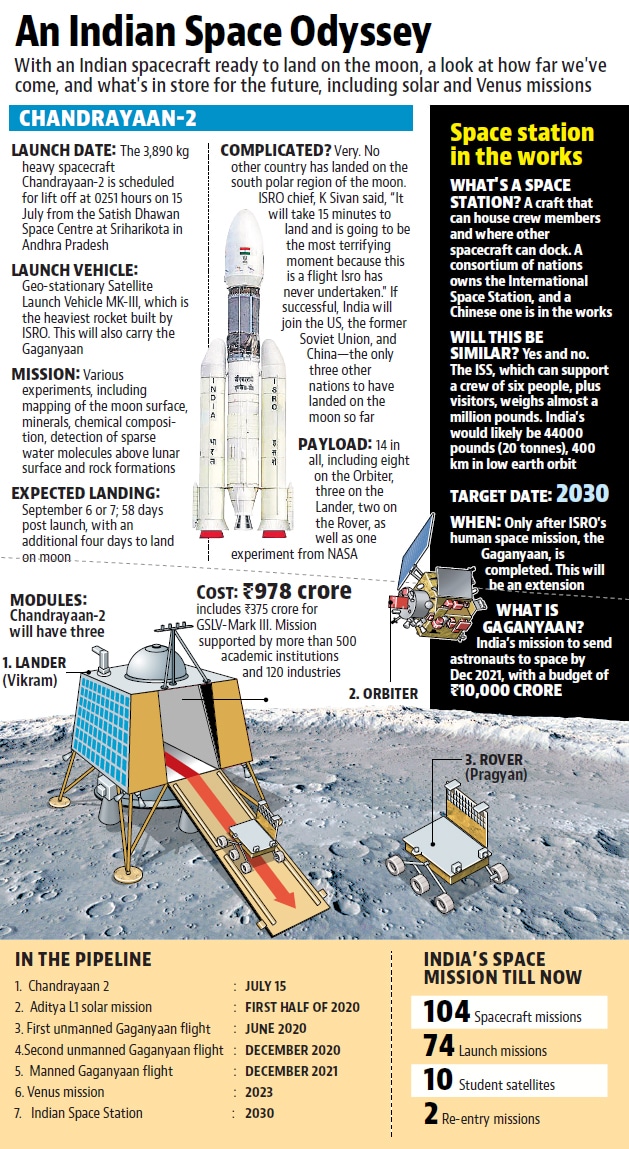 To sustain its programme, the National Aeronautics and Space Administration, US, announced last week that it will open the ISS to commercial businesses .

“When it comes to India, there has been a talk of increasing the space budget for the past few years, but there has been no hike. We have to see how much money is allocated for this,” Rajagopalan said.

India’s space station will be an extension of the Gaganyaan mission — the human spaceflight programme — and will help in carrying out microgravity and biological experiments. It is likely to weigh 20 tonnes, much less than ISS’s 419 tonnes.

“This is a much needed and logical extension of India’s space programme. The pure science projects will create more research opportunities in the country, especially for the young. India’s Chandrayaan found evidence of water. We need to likewise explore more,” M Annadurai, former director of ISRO satellite centre in Bengaluru, said.