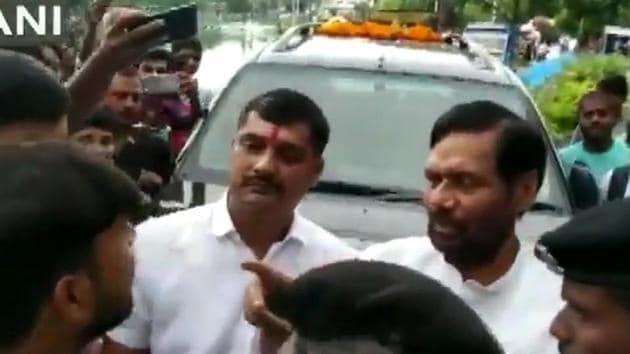 A group of flood victims in Bihar sought Union Minister Ram Vilas Paswan's help. On September 30, 2019, the group stopped his car in Hajipur and asked him to accompany them to the affected areas. Paswan was seen trying to pacify the crowd. Many parts of Bihar, including capital city Patna, continue to reel under floods caused by heavy rain. The National Disaster Response Force has been rescuing people from flooded areas.