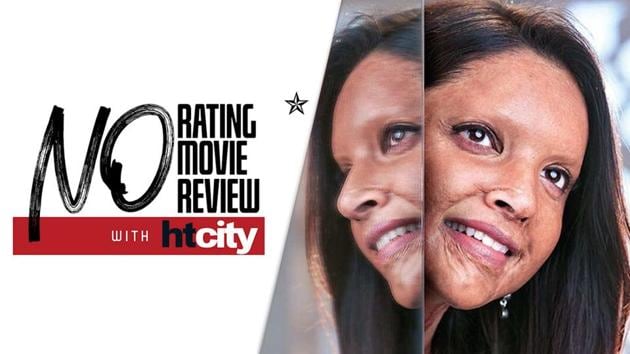 Chhapaak is based on a real life incident of acid attack violence and a survivor's (Laxmi Aggarwal) story. Starring Deepika Padukone as the protagonist, the film leaves an impact though it lacks the shock value that one would expect from watching a film about such a heinous hate crime. Director Meghna Gulzar once again treats her story with maturity and doesn't get carried away. She understands the nuances of the subject and instead of evoking sympathy, she sends out a stronger message of standing tall and celebrating life even after you've faced adversity at its worst. Chhapaak narrates the story of 19-year-old Malti (Padukone) who, as a happy teenager, aspired to be a singer, but 'chhapaak' of acid changes the course of her life. Her life, now, revolves around working for an NGO for acid attack victims, battling her court case and getting corrective surgeries at the hospital. For those creating a ruckus over how the makers have changed the religion of the attacker in the film, that's not true. The man is named Bashir Khan aka Babbu and Rajesh turns out to be Malti's boyfriend. Chhapaak is a story that makes you sob and smile at the same time. It's a sensitive, brave and gut-wrenching story that's not easy to watch, but definitely worth telling.

Watch: Ranveer Singh, Deepika Padukone twin at airport as they jet out of Mumbai