The most unusual Oscars in recent memory were held at the Dolby Theatre in Hollywood, with Green Book taking home the Best Picture Academy Award in a shock win. There was no clear favourite for the top award this year, with Netflix’s Roma, the period black comedy The Favourite, the Queen biopic Bohemian Rhapsody and Green Book having picked up awards in the run-up. The 91st Academy Awards did not have a host, a first in close to four decades.Rami Malek won the Best Actor award, Olivia Colman won Best Actress, while Regina King and Mahershala Ali won in the supporting categories. Alfonso Cuaron picked up three Oscars for Roma, for Cinematography, Foreign Language Film and Director.Watch | IMDb Oscar coverage: Marina DeTavira from Roma on the Oscars’ Red Carpet

Also read: Here’s a complete list of winnersHis black and white semi-autobiographical drama, Roma, was tied for the most nominations (10) along with The Favourite, directed by Yorgos Lanthimos.Stay tuned for all the updates from the 91st Academy Awards LIVE:
READ FULL STORY
Hindustan Times, New Delhi | By HT Correspondent
10:00 am IST

You can check out the full list of winners here. Bohemian Rhapsody won the most awards during the night (4).

Civil rights dramedy Green Book, the tale of a celebrated black pianist who befriends his white driver as they tour the segregated American South in the 1960s, claimed the best picture Oscar on Sunday.

It bested seven other films: Black Panther, BlacKkKlansman, Bohemian Rhapsody, The Favourite, Roma, A Star Is Born and Vice. Last year’s winners Frances McDormand and Sam Rockwell arrive on stage to present the Best Actress Oscar. Olivia Colman pulls off an upset victory for her performance in The Favourite.

It's the first Oscar in her first nomination for Colman, who plays Queen Anne. She has won four British Academy of Film and Television Arts Awards and two Golden Globes throughout her career.

She beat out Glenn Close, who was considered the front-runner going into Sunday's Oscars. Colman gave a special shout-out to Close, who she said she has admired all her life.

A Los Angeles native of Egyptian descent, Malek took on the role of Mercury, born to etnhic Parsi parents from India who moved their family to England when he was in his late teens.

Being neither a singer, dancer nor piano player, Malek did months of research and took voice, movement, piano and guitar lessons in order to capture Mercury's accent, his strutting stage performances and the way he commanded a microphone.

The Academy honours those who passed over the last year in the In Memoriam segment, which included Stan Lee, Margot Kidder, Milos Forman, Nicholas Roeg, Bruno Ganz, and others.

Spike Lee wins his first Oscar after five nominations for BlackKklansman. The legendary filmmaker received the first standing ovation of the night.

Lee started out his acceptance speech with some profanity, telling producers not to start the clock on his speech. Winners have been allotted 90 seconds for their speech from the time their names are called.

Lee ready from a two-page letter that tied together history and the years 1619 and 2019, along with his own story.

Pixar’s Bao win the Best Animated Short Oscar. The film is about an aging and lonely Chinese-Canadian mother, suffering from empty nest syndrome, who receives an unexpected second chance at motherhood when she makes a baozi dumpling that comes to life as a boy.

Period. End of Sentence., a documentary that tackles the stigma around menstruation in rural India, is currently available for streaming on Netflix. The film is directed by 25-year-old Rayka Zehtabchi and produced by Guneet Monga.

Spider-Man: Into the Spider-Verse continues its awards season sweep with the Academy Award for Best Animated Feature. The ground-breaking and mind-bending film about multiple spider-heroes from multiple universes gives Sony Pictures its first Oscar for animated feature, a category that has been dominated by Disney for its 18-year existence.

"To our audience, thank you so much. We love you, and we just want you all to know -- we see you, you're powerful. This world needs you," co-director Peter Ramsey told the audience at the Dolby Theatre.

Daniel Craig and Charlize Theron present the Best Supporting Actor Oscar to firm favourite Mahershala Ali. This is his second Oscar in three years. He won previously for his performance in Moonlight. He becomes the second black actor after Denzel Washington to win two Oscars for acting.

In Green Book, Ali portrays classical and jazz pianist and composer Don Shirley. The film focuses on Shirley's relationship with his white driver, played by Viggo Mortensen, during a 1962 road trip through the U.S. South. Shirley died in 2013.

He won the Oscar despite assertions by some of Shirley's family members that the portrayal of the pianist contained inaccuracies, and the resurfacing of accusations of sexual impropriety by director Peter Farrelly.

Bohemian Rhapsody picks up its third Academy Award of the night. John Ottman wins his first Oscar for editing. “Freddie Mercury brought us all together,” he said in his speech, and once again made it a point not to mention director Bryan Singer, accused of sexual harassment.

Alfonso Cuaron’s Roma won its second Oscar for the night, with the Mexican filmmaker thanking his children in his acceptance speech. Other films of director Alfonso Cuaron have won Academy Awards, but Roma now becomes the first film from Mexico to win the Oscar for best foreign language film. The movie's dialogue is in Spanish and Mixtec. 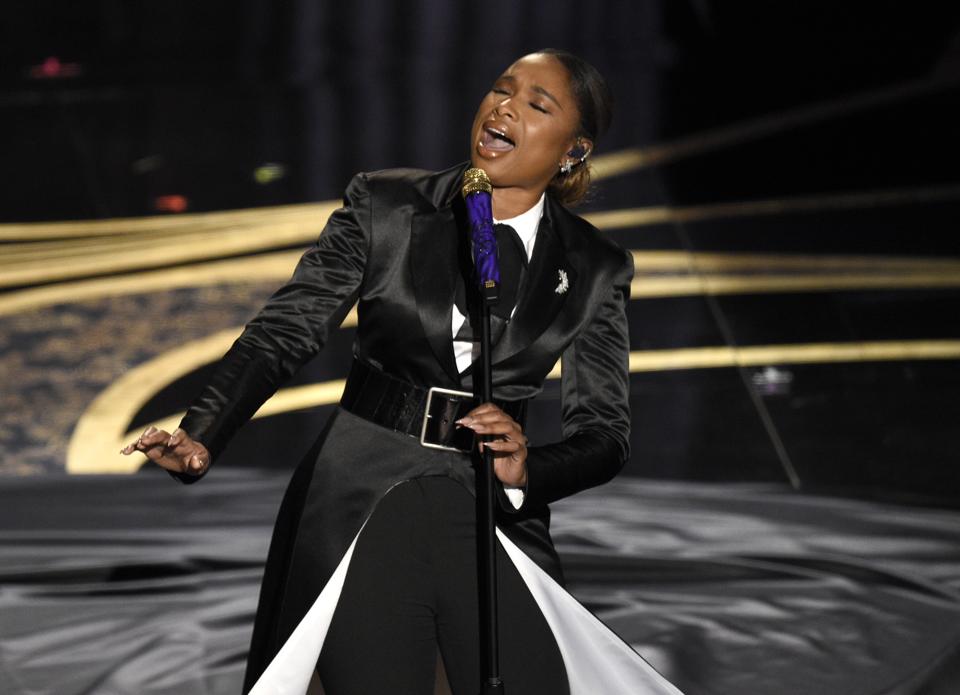 Black Panther wins its second Oscar of the night, for Achievement in Production Design. Hannah Beachler is the first African-American winner in the category. Her win came moments after Black Panther costume designer Ruth E. Carter became the first black winner in that category.

The award was presented by Chris Evans and Jennifer Lopez. Tyler Perry arrived on screen to present the Oscar for Best Cinematography, which went to Alfonso Cuaron, for Roma.

The Makeup and Hairstyling Oscar goes to Vice, director Adam McKay’s unconventional biopic of former US vice president Dick Cheney, starring an unrecognisable Christian Bale. Black Panther wins its first Academy Award for the night for Achievement in Costume Design. Carter is the first African-American costume designer to win the category. Carter has previously been nominated for her work on Amistad and Malcolm X.

This was the transformation which took 5 hours daily. "Kapoor&Sons". Cheers Greg Cannom from all of us. You are a genius! pic.twitter.com/IFXsOLHdb0

Jason Momoa and Helen Mirren presented the Best Documentary Feature to Free Solo, which profiles rock climber Alex Honnold, on his quest to perform a free solo climb of El Capitan in June 2017. The film was directed and co-produced by the husband-and-wife team of Elizabeth Chai Vasarhelyi and Jimmy Chin. Vasarhelyi thanked National Geographic, and specifically called them out for hiring female directors. She ended her speech by saying the film is "for everyone who believes in the impossible."

SNL alums Tina Fey, Maya Rudolph and Amy Poehler stood in for the missing host and presented the first award of the night, Best Supporting Actress. And the Oscar goes to Regina King, her first Oscar from her first nomination.

King thanked author James Baldwin, whose novel is the basis for the film from director Barry Jenkins.

The actress thanked her mother, who was in the audience, and said she is an example of what happens when someone is supported and loved.

Hostless Oscars kick off with Queen

The 91st Academy Awards kicked off without a host for the first time in decades. Iconic band Queen kicked off the ceremony with vocalist Adam Lambert. The band’s biopic, Bohemian Rhapsody is up for five Oscars, including Best Picture.

Former Oscars host Anne Hathway shared a self deprecating Instagram post moments before the Academy Awards are set to begin. “No matter what happens with today’s show, just remember, it’s already been worse. Happy Oscars!” she wrote alongside a picture of herself and co-host James Franco hosting the 2010 Oscars.

Check out our predictions in the six major categories

The stars descend upon the red carpet

Stars like Game of Thrones’ Emilia Clarke, Saturday Night Live veterans Amy Poehler, Maya Rudolph and Tina Fey, Best Actress in a Leading Role nominees Yalitza Aparicio and Glenn Close and many others have already made an early appearance at the red carpet. You can check out all the pictures here.