Home / India News / Narmada River once had 7 sources of water feeding into it, now only one remains

Narmada River once had 7 sources of water feeding into it, now only one remains

Several factors, some of neglect and wilful destruction, have contributed to the drying out of Amarkantak - a town once lush with perennial rivers, streams, tributaries, wetlands, even swamps.

How did Amarkantak, a town once lush with perennial rivers, streams, tributaries, wetlands, even swamps, at an elevation of 1,048m, come to be so dry as to now fear forest fires?

Several factors, some of neglect and wilful destruction, have contributed to its drying out, namely: mining, impact to the bauxite substrata, deforestation, construction, sand mining and rampant water pollution. Everything that dries up the source contributes.

The trajectory to poor river health has taken a turn in the last five to six years.

In 2014, the Central Pollution Control Board found the Narmada polluted in stretches from Garudeshwar to Bharuch in Gujarat; and Mandla to Bheda Ghat, and Sethani Ghat to Nemawar in Madhya Pradesh. It noted that utilisation of water resources was at a low 23% and that despite over drawing of ground water and salt water incursions, the Narmada, among other rivers in peninsular India, had a surplus supply of water.

In 2015, the Biological Oxygen Demand (BOD) level in the river was found to be 7.1mg (permissible levels are 3 mg).

By 2016, with untreated sewage from 52 cities being dumped into the river, Prof Mukesh Katakwar, of the Department of Chemistry, Govt PG College, Pipariya, Hoshangabad, in his study of Narmada river water published in the International Journal of Chemical Studies was observing that the poor Dissolved Oxygen levels (DO) indicated: “The water quality of Narmada river may not be in a position to sustain the aquatic life and not suitable for using domestic purpose”.

The more the river water reduced during the non-rainy seasons, the greater was its pollution.

The Madhya Pradesh Pollution Control Board this year began installing real-time water quality testing facilities at Omkareshwar, Bhopal, and 14 locations. While the Water Quality Index Report for Feb 2018 marks the river as ‘satisfactory’, it omits mentions of MPN index (a measure of bacteriological content) between Narsighur and Nemawar, only discreetly marking its as ‘B’ category of the bureau of Indian Standards after the confluence of the SPM nallah.

Since 2017, the MP government has begun a monthly and annual monitoring of the water in the river.

A fundamental change has been to the temperature of the river, according to a January 2017 study by Utpal Bhaumik of the Central Inland Fisheries Institute (since retired). The main cause would appear to be the dams on the river and other developmental projects.

The projects and the dams have also affected silt levels. Catchment denudation caused high silt contents in the run-off waters and the river, increasing chloride values increasing in the lower plains (615–3248 ppm) because of the decrease in freshwater discharge from upstream. This would slowly begin to alter the ecological balance of the river. The source holding stable is the last thing keeping the Narmada from complete imbalance. Now, even that is under stress.

MAIN CAUSES OF THE MALAISE

Bauxite Mining
A primary cause for the disturbance that KCS Acharya pointed out is bauxite mining, most commonly found in basalt rocks, and a primary raw material for aluminum. In 2014, responding to a petition filed by the Narmada Khand Swabhiman Sena, the NGT observed that landscape plans presented for mining licences were not taking into account the impact on the biodiversity and ecology of the region. 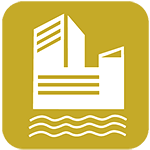 Construction
Rampant concrete construction and the explosion of population feeding off diminishing resources. Around Independence, the town was home to just above 200 families. Today it is 1,952 households and 8,416 people. According to the MP Tourism department of the 15.05 crore domestic tourists that made it to the state in 2016, a bulk of them made pilgrimage visits. 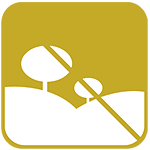 Removal of ecosystem
Onkar Goswami was first posted as a young forest officer for ten years in the region in 1982 and again in 2000. In his early stint, he says, he observed that the Narmada were lined with a grass variety known as Moba. Moba is a varietal of coastal grass that is formed out of algae and a type of sea weed that grows in sand and muddy shallow bottoms. It is fertile breeding ground for fish larvae and protects water content of the soil. Culling of mother species
Locals tell of a town filled with jamun trees ripe with plump fruit, neem, mango, sal, peepal, and palash. None remain now. With the plantation of mono-cultured forests, two impacts have occurred: one is many lanted trees have not survived, and secondly, there are no young trees in the forest, most losing out to forest fires. With an ageing forest, and eroding soil, the existing forest is CO2 poor and trees are more liable to topple over.

The estimation of how much of a river comes from base flow component (the amount of ground water flowing into a river where the water table intersects the streambed), has many variables. For the Narmada, it is estimated to be 20-to 22%; 60% of it is rain fed. Once there were seven supporting rivers feeding in to the source.

The Narmada first rises out of a spring now housed by a temple known as Mai Ki Bagiya, in Amarkantak.

The river is worshipped 5 km away, at the Narmada kund, from where she gushes forth after travelling underground. But untouched by worship or ceremony, the real source of the river lies in a spring that is now a village well.

Now operational only in the monsoons, it used to be a perennial gush of water that split into two streams: the Savitri river, swerving left to what remains now of the algae-ridden Savitri reservoir, before it fed into the Narmada. And the Son, which travelled right.

Locals who have filed applications before the NGT have done the groundwork. From applicant Sanjay Tiwari to a retired forest official, Virendra Kumar Mishra, professor of environmental sciences at the neighbouring Indira Gandhi National Tribal University, local sadhus and saint, elders and others, the origins of the other rivers that fed into the source of the Narmada have been mapped and documented for over 20 years, from when it was first warned they were going to dry up.

The Gayatri river is also bound by a brick well marked by a small orange temple. Such was the gush that when SD Khare was secretary (Judicial) to the Government Home Department of then Rewa, Vindhya Pradesh, in 1952, he erected a dam to contain its waters.

A woman sits in meditation at the Amarkantak, source of the Narmada River. ( Gayatri Jayaraman )

The dam still stands, but contains nothing more than a puddle of water. The source of the Kapildhara river, known more by the waterfall on the river’s course, along with the Arandi river has also disappeared. In the ridge behind the Madhya Pradesh Tourism Corporation’s resort, the careless construction of a road has cemented and tarred the site of the natural spring that gave rise to the Amravati river in one direction and the Vaitarni river in the other.

Behind the Narmada kund, where a canal was built to connect the flows of the Savitri and the Gayatri, is a trickle of a gutter, accumulating the residue of the pilgrim influx.

The most thriving source of water, and the only one that now backs up the Narmada, lies within the ASI’s Kalachuri temple complex – known locally as ‘surya kund’ or ‘brahma kund’. All the others only come into existence during the monsoons. And these are only the rivers that performing a supporting role to the Narmada, seven more springing from this same town to support the Son, apart from the Johila river, which run in different directions. For the rest of the year ridges in the soil remain to tell their tale.

It’s been an environmental battle this town has been fighting since 1986. When KCS Acharya was chief secretary of MP in 1985 (to 1988), he filed a comprehensive report of factors impacting the zone, from its jurisdictional divisions to the impact of mining.

On the basis of it, in 2000, Amarkantak was marked as a biosphere reserve, more to attract tourists and buy into the buzz of ‘ecotourism’ rather than out of any real need to preserve it.

This report also became the basis of Sanjay Tiwari’s petition filed to the NGT in 2015. This was followed by a flurry of petitions by local organisations equally interested in preserving the ecosystem, from NGOs, even the ABVP. Steering committee teams have conducted consistent surveys in the town. Expert panels have been formulated. But report after report of findings have lain unactioned, some members claim.

The intended refashioning of Amarkantak into a ‘mini smart city’ now has locals worried that it will invoke rampant construction and influx without implementation of even prior NGT orders.

To understand the river’s decline it is important to go into what has disturbed the source. The man leading the battle charge against the Madhya Pradesh government for over a decade has been Justice Daleep Singh, at the NGT, in response to PILs by concerned social organisations, religious groups, and the ABVP. His judgements are also the only place where the larger picture of minor interdepartmental responsibilities and lapses come into picture. Responding to a combined four petitions on the subject of pollution in the Narmada in November 2017, Justice Singh observed:

“It is necessary to understand that the river Narmada has a unique position geographically, ecologically and environmentally apart from having an economic impact on the lives of the people of the region and that the various multi-purpose and irrigation and hydel projects which have come up, its impact is being felt not only in the two states of M.P and Gujrat but as far as Rajasthan and Maharashtra. … the eco-system of the Narmada valley the Vindhyan mountains of Amarkantak which ensures a perennial flow into the river needs to be preserved at all cost so that we ensure the perennial flow of water into the river”

The Narmada basin extends over an area of 98,796 sq. km. The river flows westwards over a length of 1,312 km before draining into the Arabian Sea. The average annual rainfall in the basin is 1178 mm, 90% of which is received during the monsoon months (June to September). Situated in a core earthquake zone, the Narmada lies in a rift valley formed of basaltic flows.

About 32% of the basin is forested, 45% being the net sown area with an average cropping intensity of 135%.

The source sits in a ridge made of basalt rock, which has water retaining properties that it then releases through a drip mechanism. Hence, the town’s water table was always high. It has now dropped by 30% at source. In 2017, Madhya Pradesh received 27.69% less than average rainfall affecting 97% of the Narmada’s catchment area.

Even as Gujarat writes to Madhya Pradesh demanding more water be released as per the water sharing agreement, given that the original agreement didn’t take into account future population growth, here’s the open secret no one’s thought to factor in: governments don’t get to decide how much water the river has to give, the river does.

Politics in the name of Narmada River’s spirituality