Gopal Shetty’s total assets, which include movable and immovable property and savings, have gone up from Rs 9.56 crore in 2014 to Rs 15.78 crore in 2019.
READ FULL STORY
Hindustan Times | By Ankita Bhatkhande

The total assets of the Bharatiya Janata Party (BJP) Mumbai North MP Gopal Shetty have gone up by more than Rs 6 crore — a 65% increase — from 2014, according to his affidavit filed with his nomination form.

Shetty’s total assets, which include movable and immovable property and savings, have gone up from Rs 9.56 crore in 2014 to Rs 15.78 crore in 2019. He has declared possession of 1.45kg of gold (estimated to be worth Rs 45 lakh) which he owns with his dependent wife and mother. 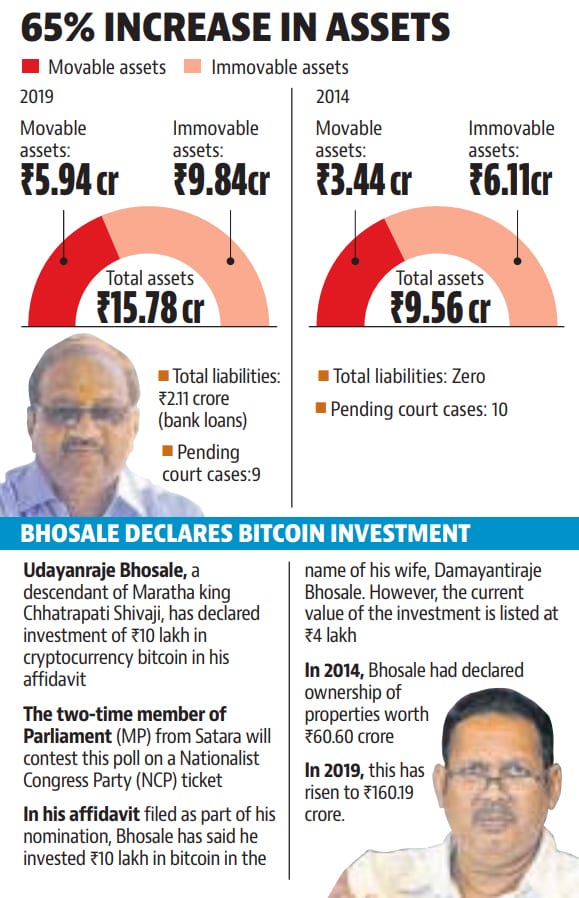 While there are no agricultural or commercial properties registered under Shetty’s name, his wife, Usha Shetty, is a partner in two properties - a shop and a 1,000 sq ft flat in Kandivli (West). The MP’s name, however, appears on the property card of Siddheshwar Housing Society in Kandivli. The society came up as part of a Slum Rehabilitation Authority (SRA) project but could ‘not be transferred to the residents due to some technicalities’ as per the affidavit, as a result of which its market value is stated as zero.

Shetty has declared liabilities in the form of bank loans amounting up to Rs 2.1 crore, a shift from 2014 wherein he had declared zero liabilities. A total of nine ongoing cases in various police stations and courts have been declared by Shetty under his affidavit.

Taking a leaf out of the BJP’s ‘Main Bhi Chowkidar’ movement, Shetty’s nomination papers carried the signature of a security guard as a witness.