No Rating Movie Review: ‘The Sky is Pink’ makes you laugh and cry 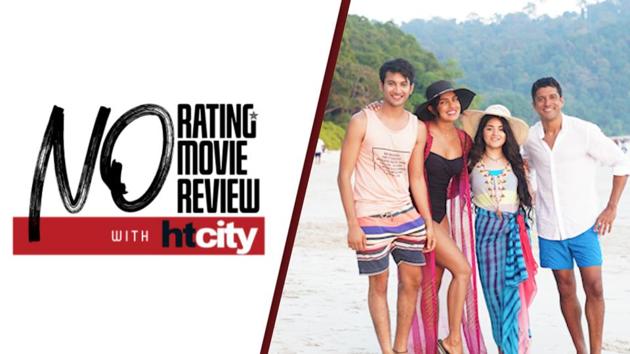 Directed by Shonali Bose, The Sky is Pink is based on the real life story of Aisha Chaudhary. A the tale of an terminally-ill teenager waiting to embrace death yet making each day count, and a grief-stricken family trying to cope with this loss, it touches your heart from the word go. Starring Priyanka Chopra, Farhan Akhtar, Zaira Wasim and Rohit Saraf as a close-knit family, the film transports you to a world that's all about celebrating life and death. Aisha's voiceover narrating the journey of her parents — Aditi aka Moose and Niren aka Panda — is heartfelt while she's trying hard to make us believe that it's okay, in fact, cool to die. Though it's known that Aisha is dead, it's the journey the family goes through while dealing with the impending death of their loved one, that keeps us invested for most of the time. Watch The Sky Is Pink for its a heartwarming story narrated with a balanced mix of emotions. While the performances shine, the story, too, leaves an impact minus any noteworthy loophole.