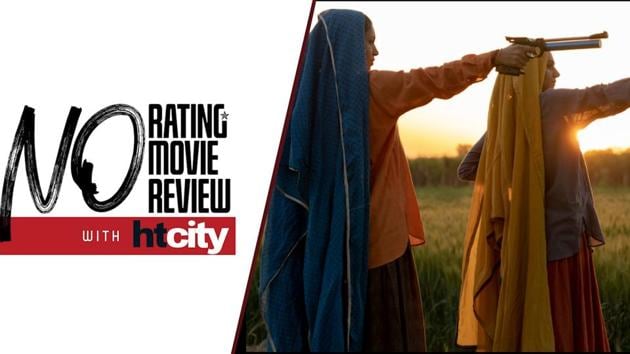 Based on the life of India's oldest sharpshooters, sisters-in-law Chandro and Prakashi, Saand Ki Aankh is an inspiring tale touching upon pertinent points such as gender equality and women empowerment. Directed by debutant Tushar Hiranandani, the film stars Taapsee Pannu and Bhumi Pednekar as shooter daadis who deal with the patriarchal ways of the society while finding joy in a sport that no men in their household can tolerate them pursuing. With some stellar performances, the film weaves in various emotions and sends across the message it intends to. However, the poorly done prosthetic is an eyesore and there isn't enough detailing put into making the makeup look consistent.

Watch: Ranveer Singh, Deepika Padukone twin at airport as they jet out of Mumbai