Prince Harry and his wife Meghan alleged in an explosive interview on Sunday that they encountered racist attitudes and a lack of support that drove the Duchess of Sussex to thoughts of suicide.

In a two-hour tell-all interview by Oprah Winfrey, the legendary talk show host, the former royal couple painted a deeply unflattering picture of life inside the royal household, depicting a cold, uncaring institution that they had to flee to save their lives.

Meghan told Winfrey that at one point “I just didn’t want to be alive anymore”. She said she sought help through the palace’s human resources department but was told there was nothing it could do. Meghan, 39, admitted that she was naive at the start of her relationship with Harry and unprepared for the strictures of royal life.

The former television star, who is biracial, said that when she was pregnant with son, Archie, there were “concerns and conversations about how dark his skin might be when he’s born”. Markle clarified she had not heard this conversation herself. “That was relayed to me from Harry from the conversations the family had with him,” she told Winfrey. 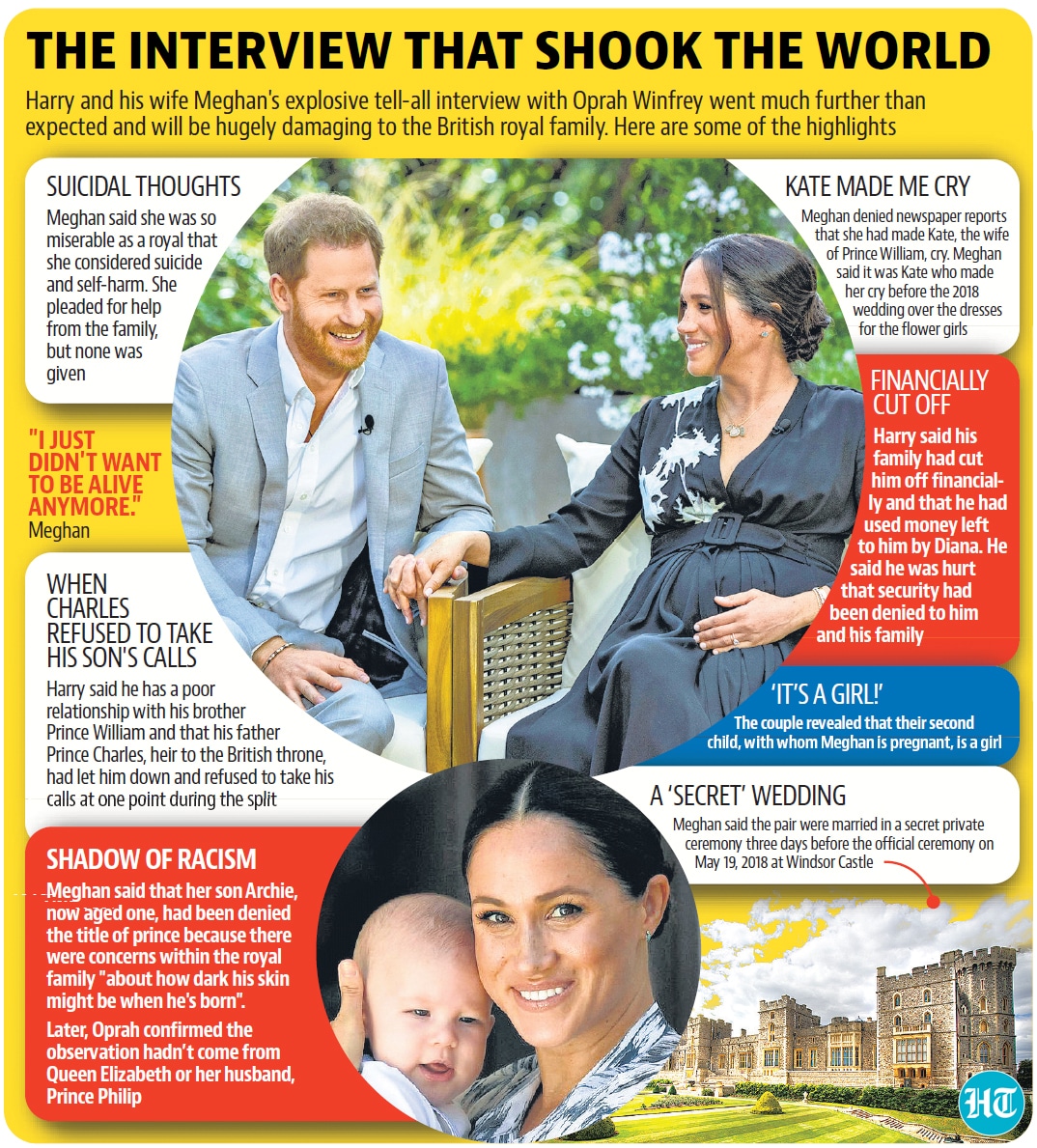 Harry confirmed the conversation, saying: “I was a bit shocked.” He said he would not reveal who made the comment, though Winfrey said he told her it was not either of his grandparents, Queen Elizabeth II or Prince Philip. Markle said she was told that her son would not be granted a royal title or security even before he was born.

“The allegation that there were discussions in the palace about how dark Meghan’s first baby might be is a devastating one,” Jonny Dymond, BBC’s royal correspondent, noted.

Harry said he had lived in fear of a repeat of the fate of his mother, Princess Diana, who was covered constantly by the press and died in a car crash in Paris in 1997. Harry revealed he currently has a poor relationship with William and said things got so bad with his father that at one point Prince Charles stopped taking his calls. “There is a lot to work through there,” Harry said about his father.

Harry and Meghan, known as the Duke and Duchess of Sussex, announced they were quitting royal duties last year. The interview was widely seen as their first opportunity to explain their decision.

In a rare positive moment in the interview, though, the couple revealed their second child, due in the summer, would be a girl.

The palace has not responded to the interview.