Kareena Kapoor Khan returned to Mumbai from Paris where she was holidaying with son Taimur. The mother-son duo was seen as they touched down in Mumbai on Saturday afternoon. Kareena and Taimur took off for Switzerland and then holidayed in Paris. While Kareena fwas seen in a brown leather jacket and black track pants, Taimur was dressed in a red track suit.

Bollywood stars seem to getting back to their routine business — Twinkle Khanna, Kareena Kapoor Khan, Kajol, Vicky Kaushal among many other stars. Sidharth Malhotra, Bhumi Pednekar, Karisma Kapoor, Amrita Arora and Mira Rajput (who came in with her mother Bela) were all seen at an upscale restaurant in the city.

Airport too was a busy place as stars like Sagarika Ghatge, Kalki Koechlin, Harshvardhan Rane and his rumoured girlfriend Kim Sharma and Jacqueline Fernandez were seen there.

Vicky Kaushal and Yami Gautam have been busy promoting their new film, Uri, based on Indian Army’s surgical strike on Pakistani soil in response to attack on soldiers at the Uri army base. The film, released on Friday, has opened to a positive response.

Navya Naveli Nanda, who is quite a regular in the Mumbai party circuit and granddaughter of Amitabh Bachchan, was spotted at her friend’s place in Mumbai. Another star kid Khushi Kapoor who too was spotted with friends in Mumbai.

Mandira Bedi was spotted with friends in Mumbai and so was Kajol. 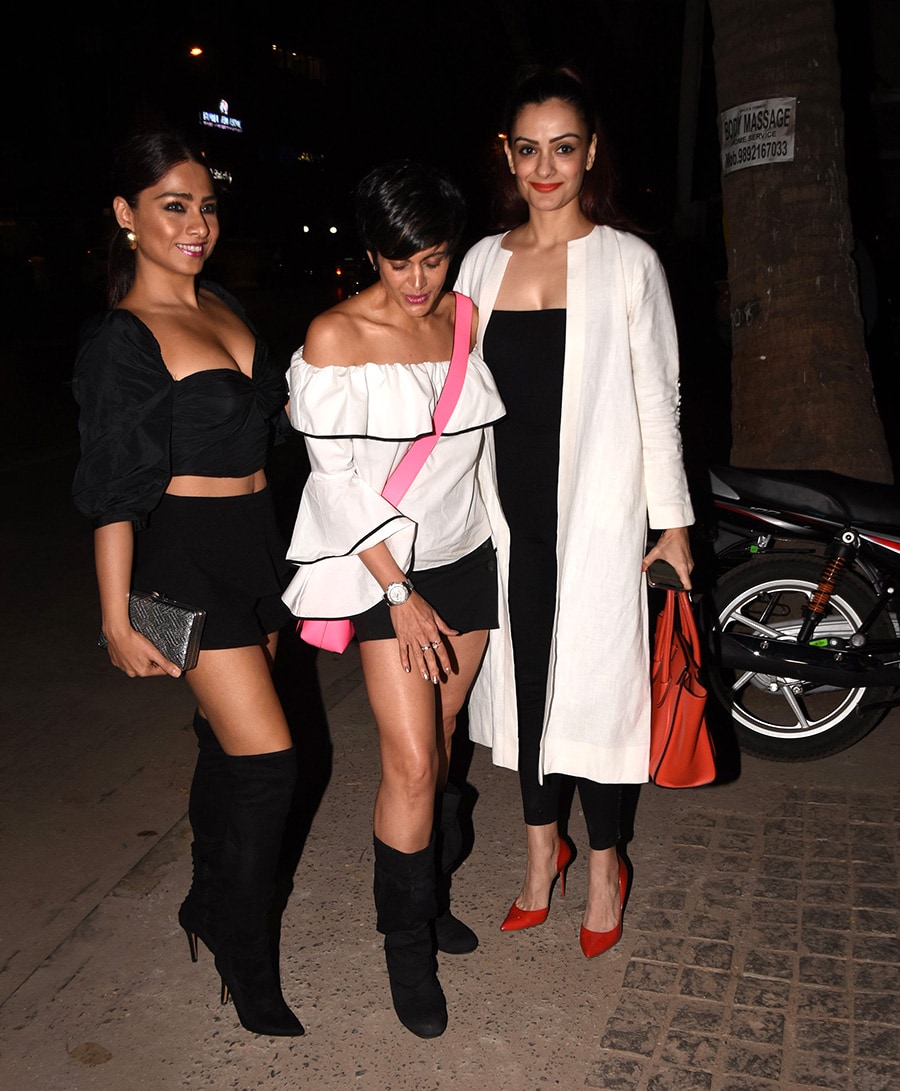 Vicky Kaushal, Yami Gautam at Uri screening for armymen and their families. (All pictures of Viral Bhayani)