Haryana governor Satyadeo Narain Arya on Tuesday gave his assent to a controversial bill granting 75% quota in private sector jobs to state residents, fulfilling a key election promise of the ruling coalition and joining a growing group of states that reserve jobs for local candidates.

The law is expected to have a major impact on Gurugram, an information technology, medical and manufacturing hub that powers the state economy. The city is home to a number of large national and international firms, thousands of start-ups and the local offices of at least 250 Fortune 500 companies.

“The bill will provide tremendous benefits to private employers directly or indirectly through qualified and trained local work force. Availability of suitable workforce locally would enhance the efficiency of industry as the workforce is one of the major components for the development of any industrial organisation,’’ the bill read. 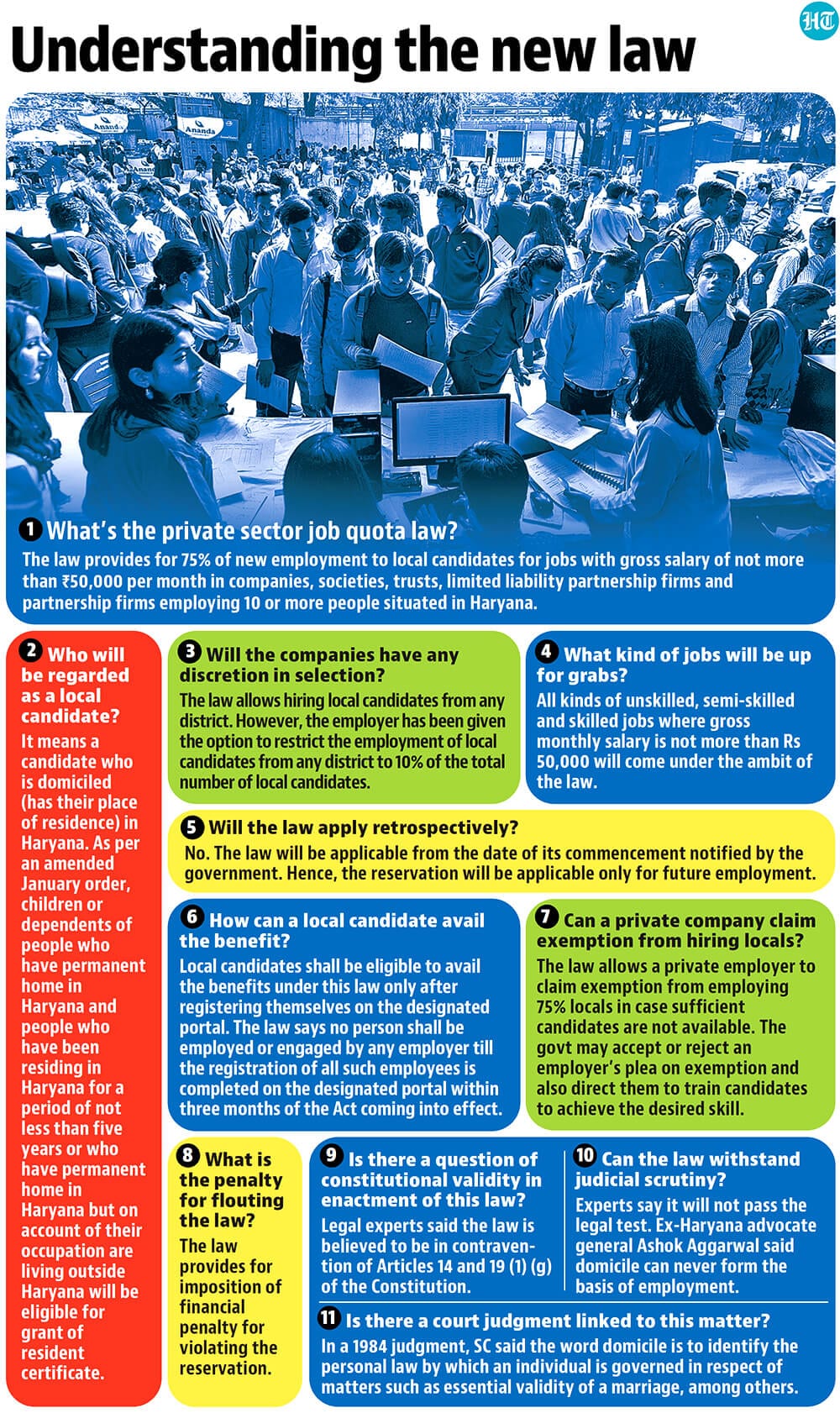 Legal experts said the law was in contravention of the Constitution and was unlikely to withstand judicial scrutiny.

Deputy chief minister Dushyant Chautala, who made the job quota a central plank of his election campaign in 2019, described the assent as the “happiest moment for the youth of Haryana”. “The government will notify it soon,” chief minister Manohar Lal Khattar told reporters.

Last July, the state cabinet approved a near-similar ordinance but withdrew it in October after failing to get the assent of the governor. Earlier, the Union labour and employment ministry, which examined the ordinance, advised the state government against enacting such a law.

All kinds of unskilled, semi-skilled and skilled jobs where gross monthly salary is not more than ₹50,000 will come under the ambit of the law. The law will not be applicable retrospectively and provides for imposition of financial penalty for violations.

Apart from tackling unemployment among local people, the state government said the law will discourage the influx of migrants seeking low-paid jobs, which has a “significant impact” on local infrastructure and leads to the “proliferation of slums”.

Legal experts said the law was in contravention of Article 14 and Article 19 (1)(g) of the Constitution.