Large parts of north India woke up to “severe” air quality on Thursday, a day after Diwali firecrackers added to the already deteriorating pollution levels across the region.

Lucknow and Moradabad in Uttar Pradesh and Bihar’s capital Patna recorded severe air quality index (AQI) of 421, 401 and 423 respectively around 9am. Delhi, Uttar Pradesh’s Agra and Ghaziabad and Faridabad in Haryana also had AQI in “very poor” category with the air quality worsening very rapidly at individual stations in the national capital after 3am on Thursday.

Particulate matter or PM2.5 (fine, respirable pollution particles) levels went up to “severe +” category considered to be the most dangerous that can trigger health impacts even among healthy people.

Urbanemissions.info, a research organisation that tracks air quality in all districts through satellite measurements, released a district wise map on Thursday showing the northern states in severe air quality. 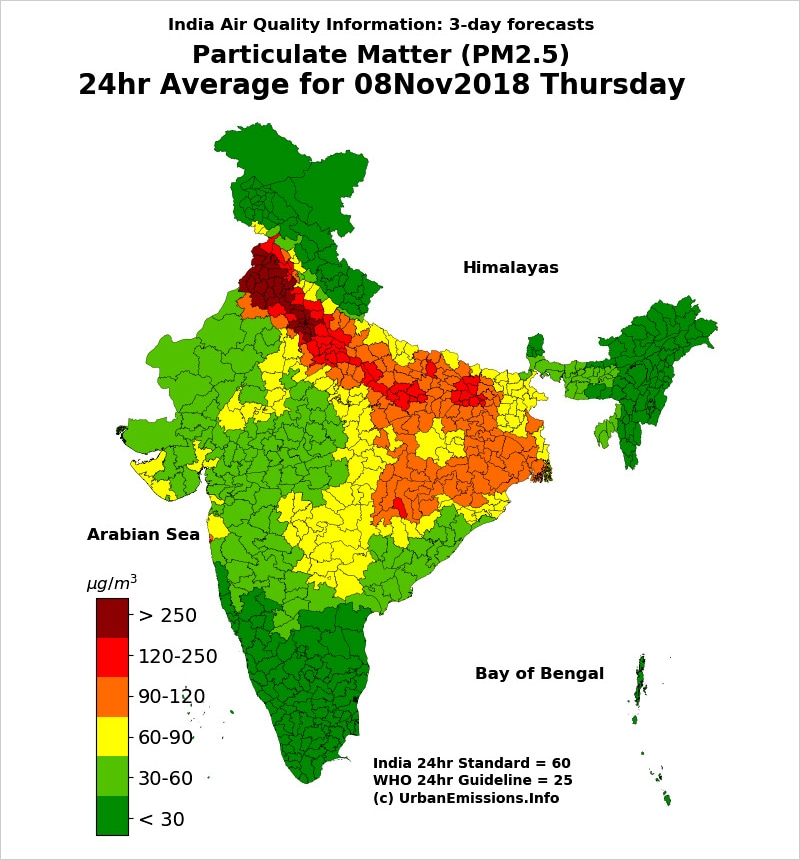 It also released a line graph showing the impact of bursting of firecrackers on air pollution spike in Delhi and the National Capital Region (NCR) over Wednesday night and Thursday morning. The Supreme Court last month ordered that less polluting firecrackers will be allowed in Delhi-NCR only between 8pm to 10pm. But the order was flouted blatantly all over NCR