Sheila Dikshit’s last journey began on Sunday. Her mortal remains were brought to the Congress headquarters on Akbar road where political leaders paid their last respects to the former Delhi chief minister. Her last rites were performed at Nigam Bodh Ghat. Dikshit died at a private hospital in the national Capital on Saturday afternoon. She was 81 years old. Delhi’s deputy chief minister Manish Sisodia has announced a two-day state mourning period. Catch all the highlights here:

Sheila Dikshit, former Delhi chief minister, was cremated with state honours at Nigam Bodh Ghat on Sunday evening. Hundreds of her colleagues and supporters bade her a final goodbye inspite of the heavy rain that lashed the national capital in the evening.

“I write to you with my heart filled with grief and a great sense of loss, for your beloved mother occupied a huge space in it.”, wrote UPA Chairperson and Congress Leader Sonia Gandhi.

"She worked with such vision and dedication to transform Delhi, to make it a much better place to live in for all its citizens, including the poorest, and that tremendous achievement remains her lasting legacy."
3/4

Before performing her last rites, the bereaved supporters and family members of former Delhi CM Sheila Dikshit’s took her body to the Delhi Pradesh Congress Committee’s office for the last time, the place that was central to her politics since 1998. Dikshit had led the DPCC in 1998 against the then formidable city unit of the BJP and ensured victory for her party. Her winning streak continued uninterrupted from 1998-2013 until she faced a drubbing at the hands of the Aam Aadmi Party.

‘Void left by her can never be filled’: Arvind Kerjiwal

“The news of the sudden demise of Mrs Sheila Dikshit ji has shocked me. Only last month I had met her for nearly an hour when she came with her party’s delegation to submit a memorandum on several issues. At the end of the meeting I wished her good health, not knowing that this would be my last meeting with her,” Delhi chief minister Arvind Kejriwal said in a Facebook post.

Former Delhi CM Sheila Dikshit’s final journey has begun. From the Congress headquarters, her body is now being taken to Nigam Bodh Ghat, where the last rites will be performed. 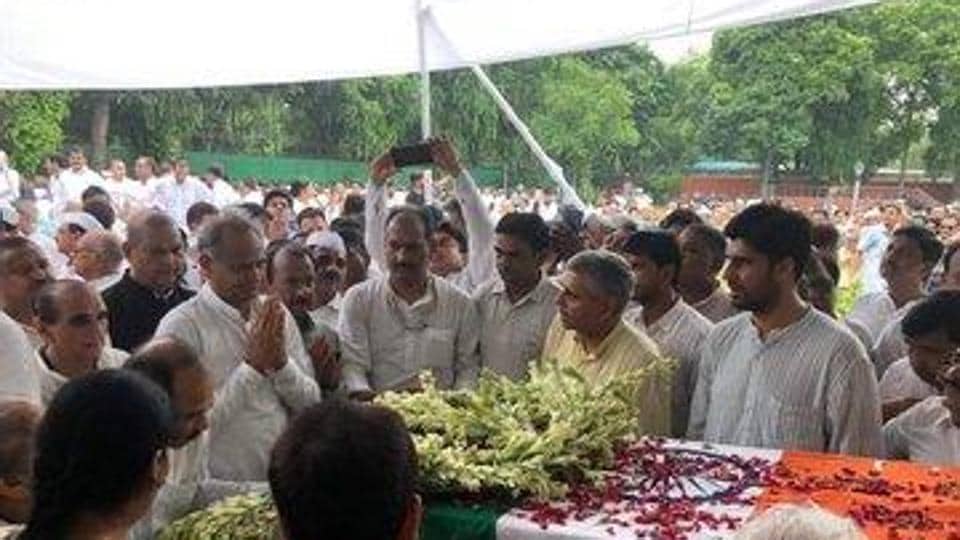 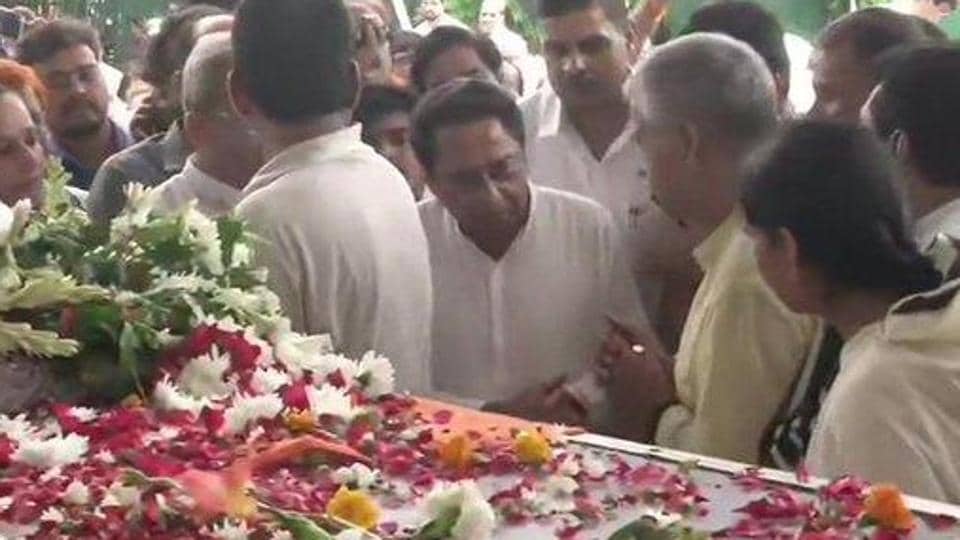 Look up to her for advice in politics: Sonia Gandhi

After paying her last respects to former Delhi CM Sheila Dikshit, UPA chairperson Sonia Gandhi said that she used to look up to Dikshit for advice in politics.

“I used to look up to her for advice in politics. She became like an elder sister and a friend. I am sure all my colleagues will also miss her. Apart from politics, she had a great affinity for arts and caricature which made her different from other politicians. Of course, Delhi will never forget her for the work she did here. She literally transformed Delhi,” Gandhi said, reported news agency PTI . 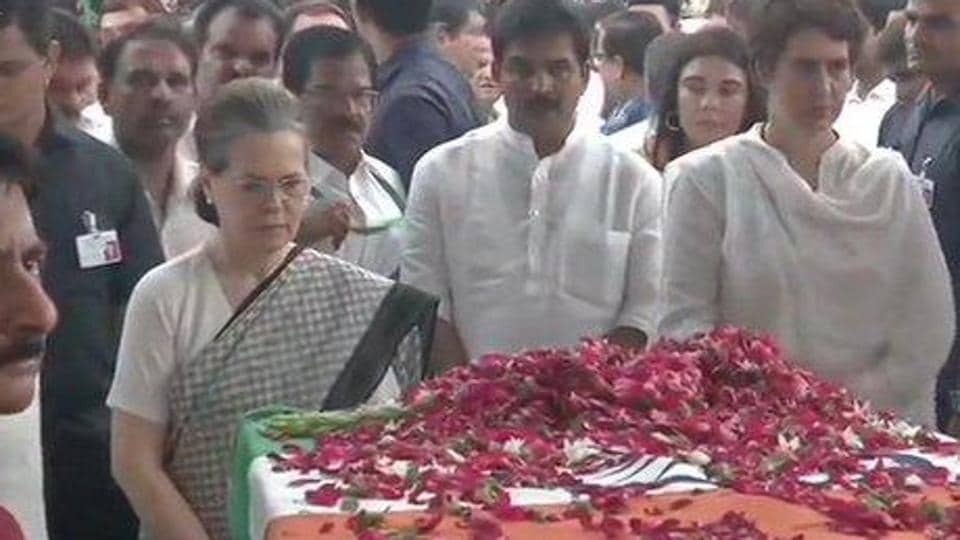 Mortal remains of Sheila Dikshit being taken to Congress headquarters

Mortal remains of former Delhi chief minister Sheila Dikshit are being taken to the Congress headquarters on Delhi’s Akbar road. 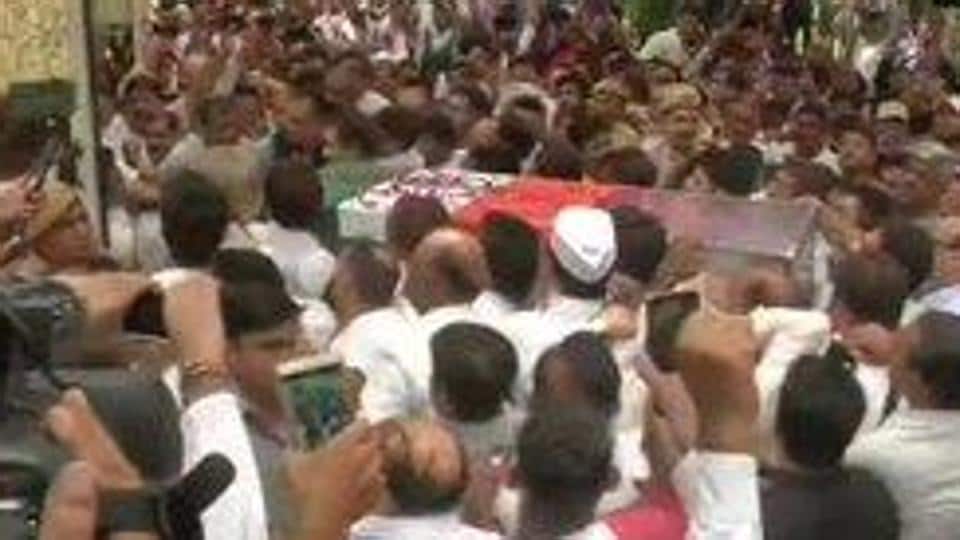 Sheila Dikshit had a history of heart ailments but was doing fine until recently. Her sudden death even took her doctors by surprise.

“She was well, and active, despite her medical history, which is why the attack has come as a surprise. It was quite sudden. I have had been associated with her for almost 18 years, and after such a long association, it feels more of a personal loss,” said Dr Ashok Seth, chairman, Fortis Escorts Heart Institute, where she was admitted.

Was a friend in personal life: Sushma Swaraj

I am sorry to know about the sudden demise of Sheila Dixit ji. We were opponents in politics but friends in personal life. She was a fine human being. #SheilaDixit 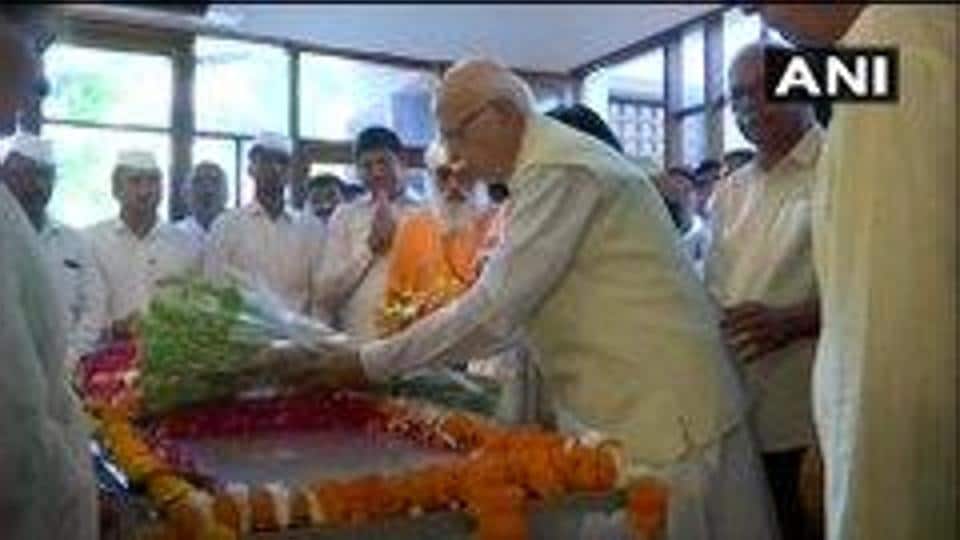 In a letter to Sheila Dikshit’s children Sandeep and Latika Dikshit, UPA chairperson and Congress leader Sonia Gandhi said that the former Delhi CM worked to transform Delhi to make it a better place for all and served the Congress Party till the end.

Former Jammu and Kashmir chief minister Omar Abdullah paid tribute to former Delhi CM Sheila Dikshit. who passed away on Saturday at a private hospital in the national Capital. 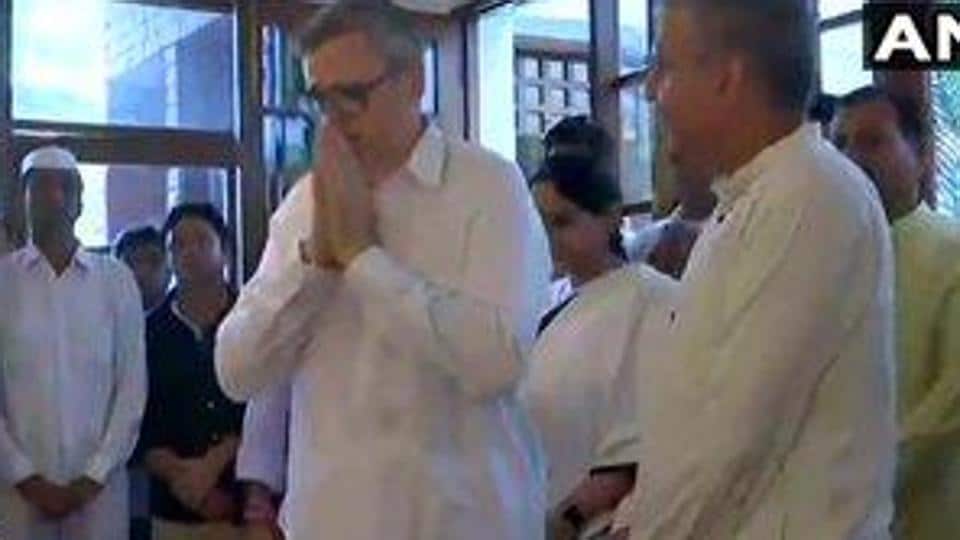 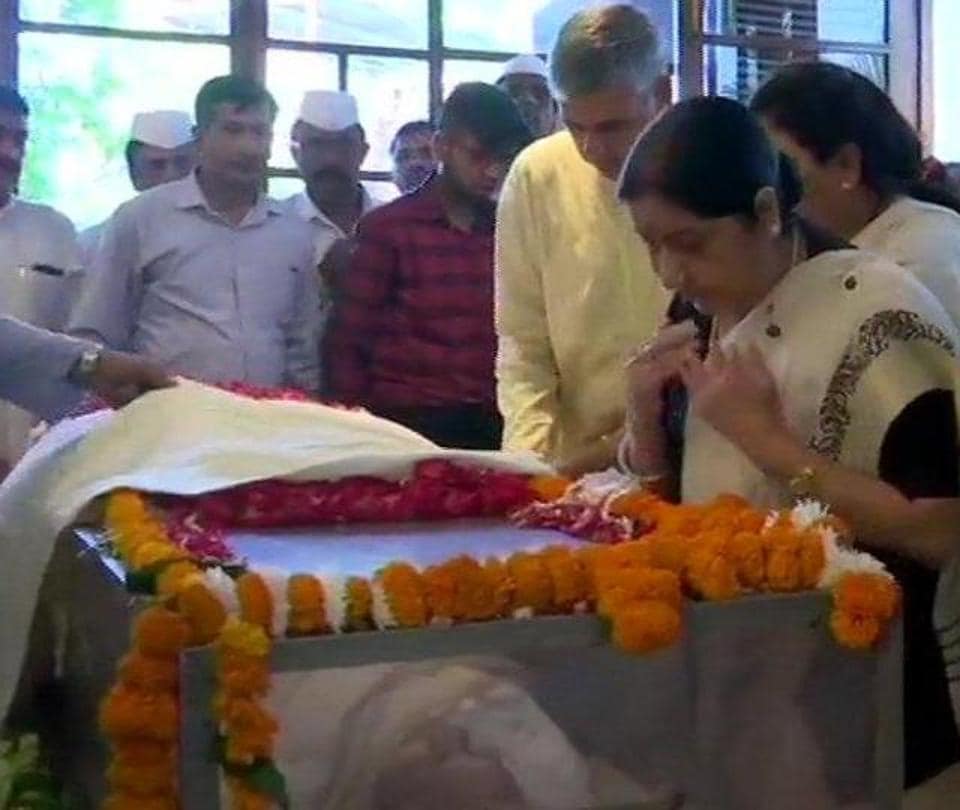 A state funeral of former Delhi CM Sheila Dikshit will be held shortly. Her last rites will be performed at Nigam Bodh ghat at 2:30 pm.

Former chief minister of Delhi died at a private hospital in the Capital yesterday. Her last rites will be performed on Sunday at Nigam Bodh ghat at 2:30 pm

Dikshit’s mortal remains will be taken to the Congress Headquarters on Delhi’s Akbar road, where people will pay their final respects between 12:15 pm and 1:30 pm.