Kamal Haasan has released a new statement after the deadly accident on the sets of his film Indian 2.

Actor-filmmaker Kamal Haasan, in a statement, has called for safety audit of film sets following the recent tragic incident which claimed three lives and left 10 injured on the sets of Indian 2. In the letter to Lyca Productions Chairman and Founder A Subaskaran, Haasan questioned the steps taken by the production house to ensure the safety of the artists, crew and other technicians involved in the shoot and the insurance policy the team has taken.

Asking to elaborate on the safety measures to be taken on Indian 2 set, he wrote: “It will restore the confidence of the cast and crew (including me) to report back for the shoot.” He further wrote: “Any loss, cost damage, risk undergone on account of the production team failing to carry out what they ought to have carried out has to be compensated in full and at the earliest.” 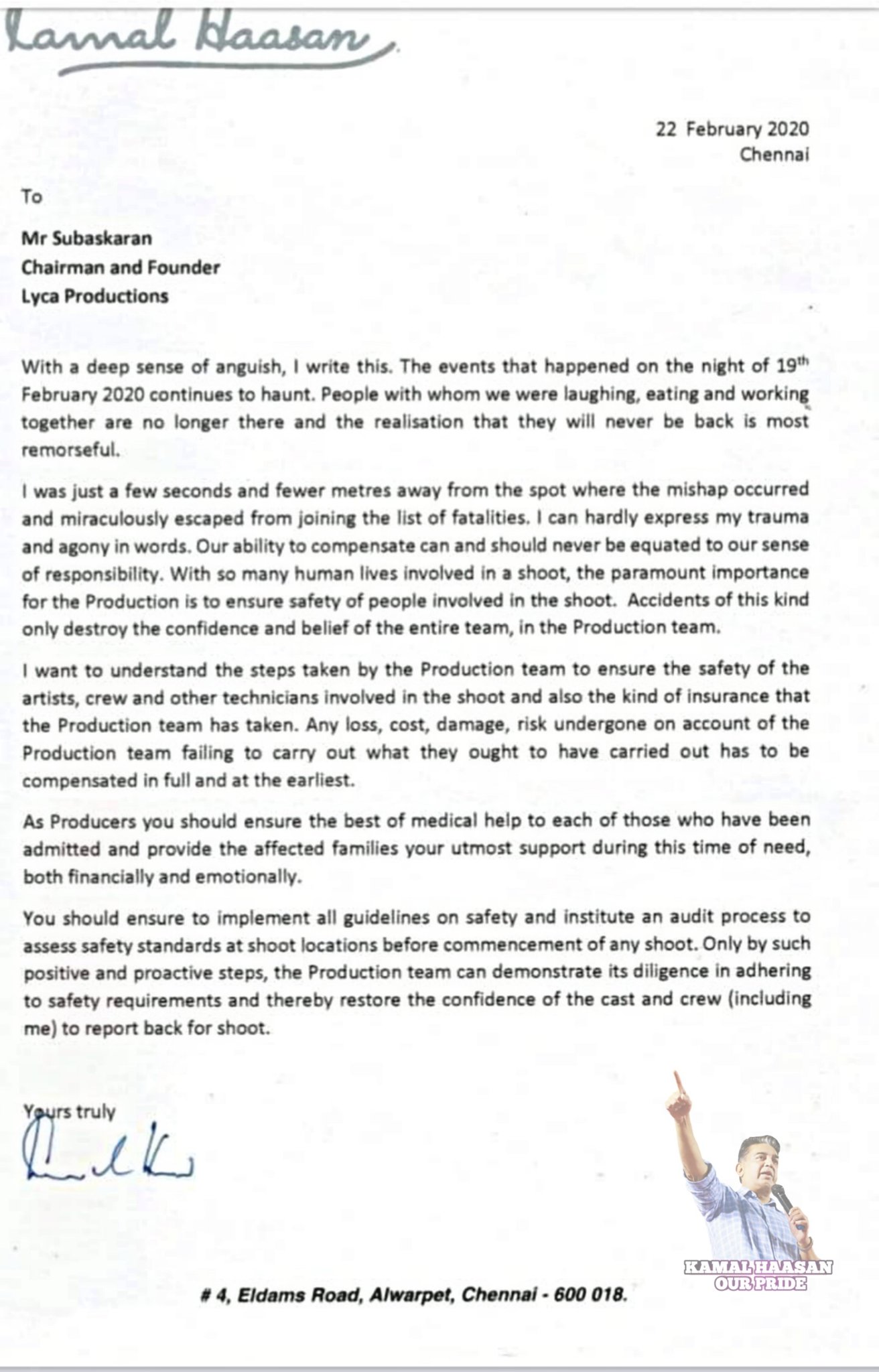 Haasan pointed out that he was just metres and seconds away from the spot where the crane crashed. “I was just a few seconds and fewer meters away from the spot where the mishap occurred and miraculously escaped from joining the list of fatalities. I can hardly express my trauma and agony in words. Our ability to compensate can and should never be equated to our sense of responsibility,” Kamal Haasan wrote in his letter. Kamal and Subaskaran have announced Rs 1 crore and Rs 2 crore (respectively) as compensation to the family of the deceased.

Also read: Punnagai Mannan: Rekha makes a shocking revelation, talks about the unplanned kiss by Kamal Haasan in the film

The first poster of Indian 2, which marks the reunion of Shankar after two decades, was unveiled on the occasion of Pongal earlier this year. After wrapping up major shooting portion in India, the team plans to travel to Taiwan to shoot key scenes of the movie.